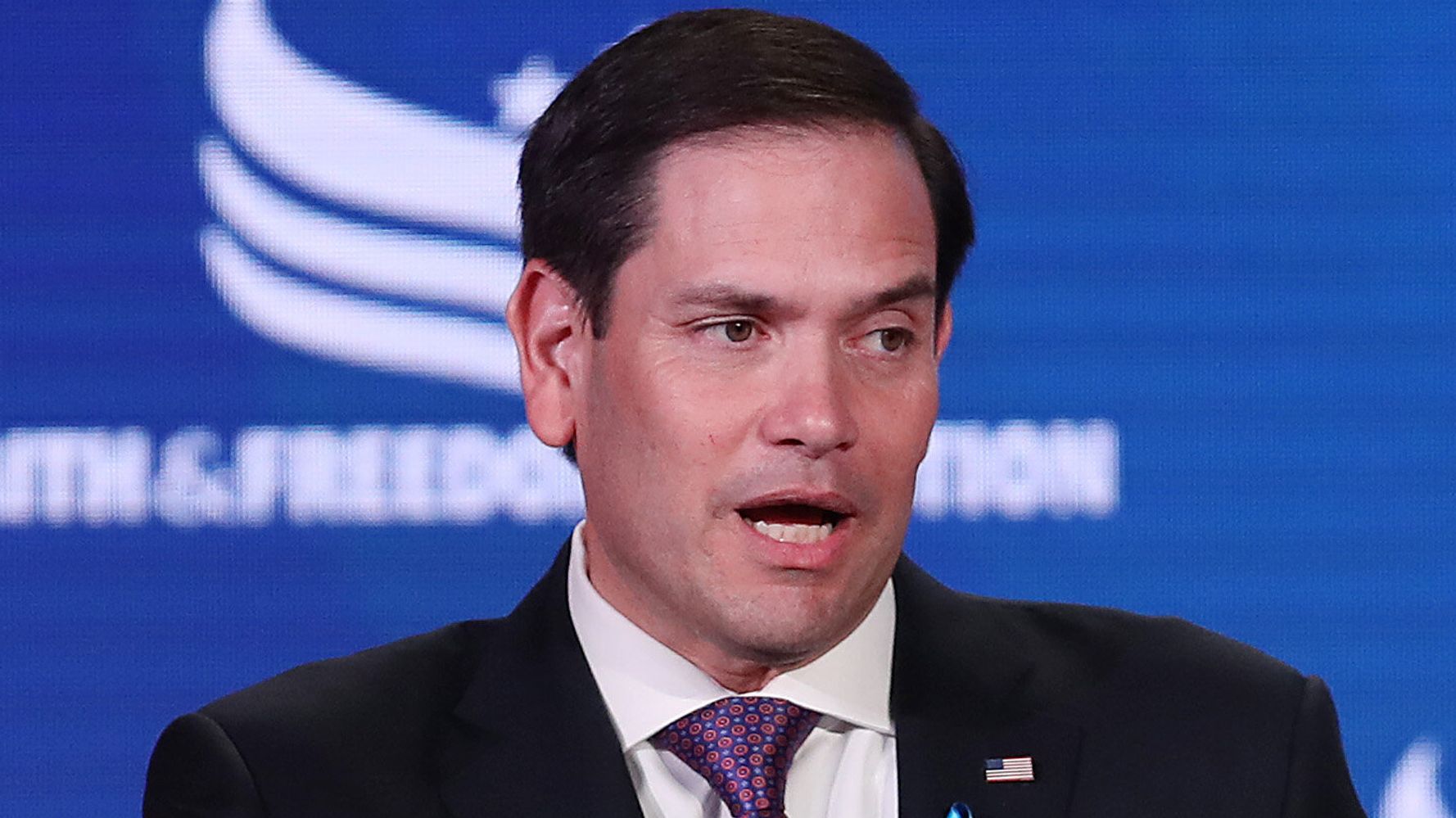 Sen. Marco Rubio (R-Fla.) sowed confusion on Twitter Friday when he posted a passage from the Bible that warns people not to be friendly with hotheads or “associate with the wrathful.”

Do not be friendly with hotheads,nor associate with the wrathful,Lest you learn their ways,and become ensnared.

Many tweeters suggested Rubio was showing a startling level of unawareness with the post, given his support of President Donald Trump (who is prone to hotheaded outbursts on Twitter) and his association with the National Rifle Association.

Others, however, said Rubio could be subtly dinging Trump or that someone else was operating the account and was mocking the senator himself. A sampling of the responses are below:

Is that what you tell the kids being so badly treated at the border? Stop quoting scripture and do something that would make Jesus proud. https://t.co/igwfaIpuWW

“Do not be friendly with hotheads,nor associate with the wrathful…”

From a Trump enabler and apologist.

Seriously dude. Self-reflection would do you wonders.

Yet you’re friendly with Trump and you associate with the NRA.

You have learned their ways and have become so ensnared it would take a miracle for you to see the light.

LOL, your self parody via Bible quote continues unabated. Thankfully, I can’t think of any hotheads you lend your support to…

CONGRATULATIONS SENATOR! please come pick up your prize for the tweet most devoid of self awareness, of the week! Please stop by the WHITE HOUSE to receive it

Yet you support Trump. Every Bible verse pretty much warns you about him… Just saying.

You conveniently left out the two lines before these. Wonder why?

Do not rob the poor, because he is poor,
or crush the afflicted at the gate,
for the LORD will plead their cause
and rob of life those who rob them.

So says he who is ensnared by his hotheaded and wrathful friends at the NRA and in the Oval Office.