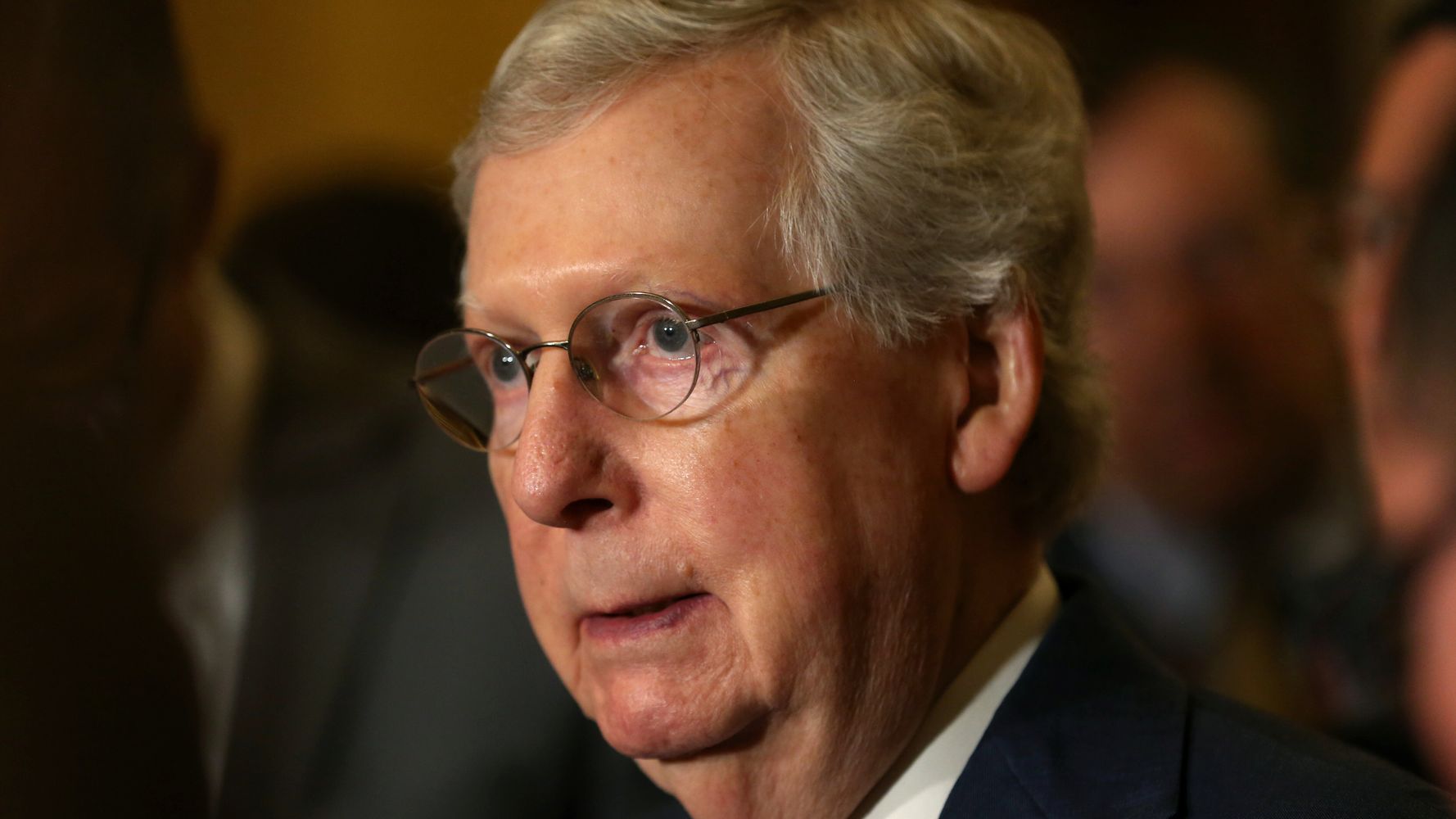 Senate Majority Leader Mitch McConnell (R-Ky.) reiterated Tuesday his position on bringing gun control legislation to the floor of the upper chamber, saying he will only do so if it has the backing of President Donald Trump, who would need to sign it before becoming law.

The Kentucky Republican was asked about the matter during an interview with conservative radio host Hugh Hewitt following the latest mass shooting in Odessa, Texas, where a gunman killed at least seven people and injured 22 others in a drive-by rampage. That incident came less than a month after the deadly mass shootings in El Paso, Texas, and in Dayton, Ohio.

“I said several weeks ago that if the president took a position on a bill so that we knew we would actually be making a law and not just having serial votes, I’d be happy to put it on the floor,” McConnell told Hewitt in the interview.

McConnell said the Trump administration is “in the process of studying what they are prepared to support, if anything” on the topic of gun control, and that he expected to know the answer next week after the Senate returns from recess.

“If the president is in favor of a number of things that he has discussed openly and publicly — and I know that if we pass it, it’ll become law — I’ll put it on the floor,” he added.

The House passed a bill earlier this year that would require universal background checks for all gun purchases. It faces stiff opposition in the GOP-controlled Senate, however.

Sen. Chris Murphy (D-Conn.), a vocal gun control advocate, has been in conversations with the White House about a potential deal on expanding background checks for gun purchases. He told reporters last month that he’s holding out hope for Trump to follow through on taking action on guns, despite his habit of making promises and then backtracking after facing resistance from his base.

“I have spoken with the president repeatedly and recently about this topic. He is very interested in doing something meaningful,” Sen. Pat Toomey (R-Pa.) said Sunday on ABC’s “This Week,” adding that his staff and the White House are “very seriously pursuing this.”

Trump’s position on background checks and other measures seeking to keep guns out of the hands of potentially dangerous people has varied widely in the last month, though. It’s also unclear whether he can stick to an endorsement of any potential deal on gun control after hearing from conservative news outlets and the National Rifle Association, the nation’s top gun lobby.