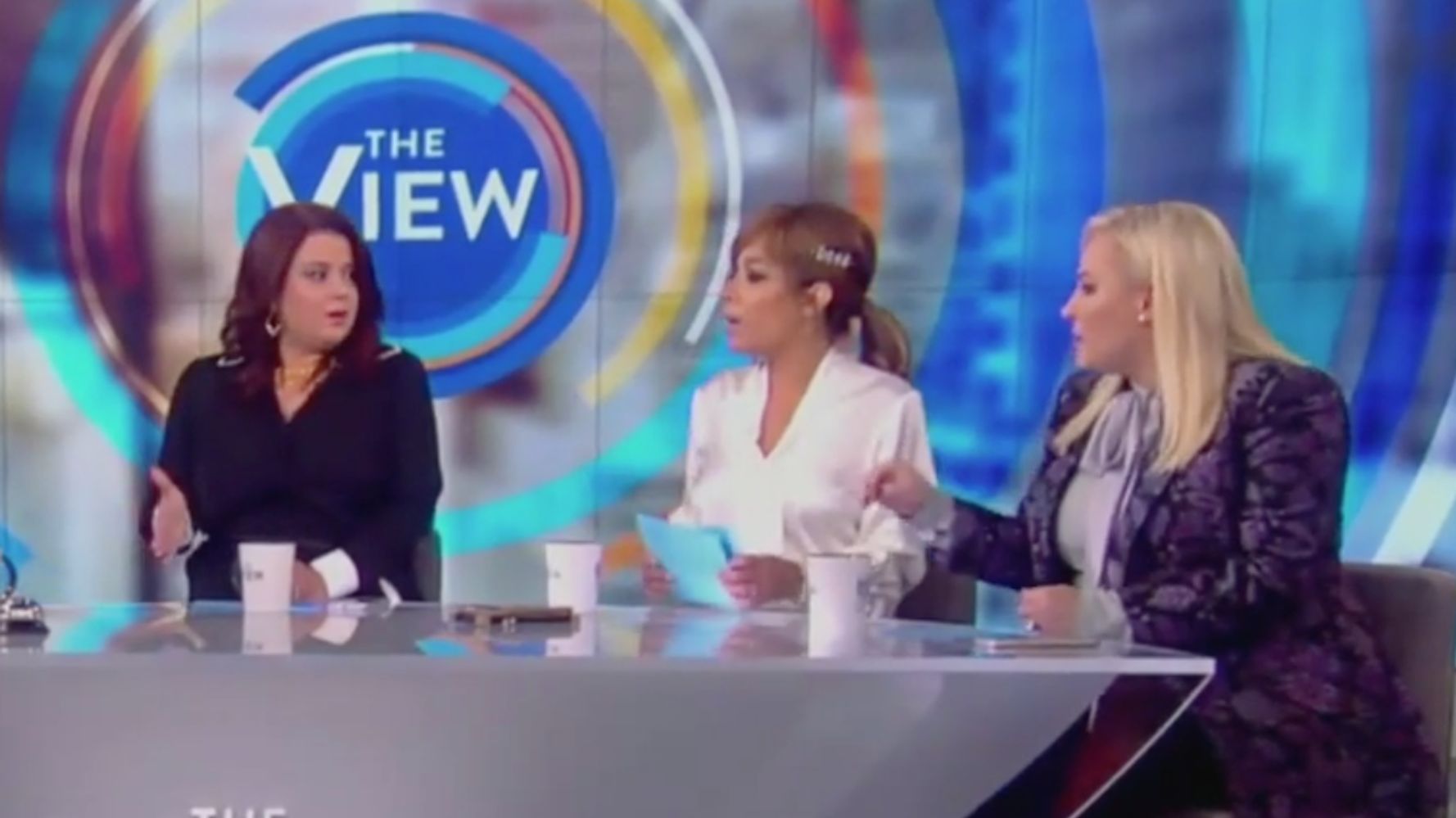 Meghan McCain and Ana Navarro were at odds on Friday’s episode of “The View,” leading to McCain walking off set after being told not to “scream” at Navarro.

During a discussion on the whistleblower complaint against President Donald Trump, the show’s hosts were unpacking whether the way the administration exchanges information with a foreign power could constitute grounds for impeachment. Earlier this week, the Washington Post reported that an intelligence official approached Intelligence Community Inspector General Michael Atkinson “with claims that Trump had made troubling ‘promises’ during communication with a foreign leader.”

Both Abby Huntsman and McCain argued that this anonymous whistleblower is like WikiLeaks founder Julian Assange because the individual “put people’s lives in danger.

McCain said that she thinks any interference in an election by a foreign country is bad and should be condemned, adding that she’s mad that “people on the left” defend Assange for publishing secret military and diplomatic documents.

Huntsman added that Assange’s leaks, like releasing Hillary Clinton’s emails, are “just as dangerous as what the president is being charged with doing or people are assuming that he did” and that it’s putting people in danger.

The group then began talking over one another causing McCain to exclaim: “Excuse me, maybe I was clumsy in the way that I said it.”

Navarro responded by telling McCain, “I’m two feet away, I don’t need you to scream at me this way.”

McCain replied that she didn’t “know what you just said,” leading Navarro to repeat: “I said, don’t scream at me. I’m two feet away.”

Host Joy Behar moved the group to a commercial break as McCain is heard in the background calling Navarro “so rude” before eventually walking off the stage.

After Ana Navarro put that BOOM down, Meghan stormed off and the looks on the faces of some audience members was priceless! 😂😂😂 #TheView pic.twitter.com/HqdeiGAHhq

McCain came back after the break and didn’t miss any of the show. Her reps report that she is “offering no comment” on the episode. HuffPost has reached out to representatives for Navarro.