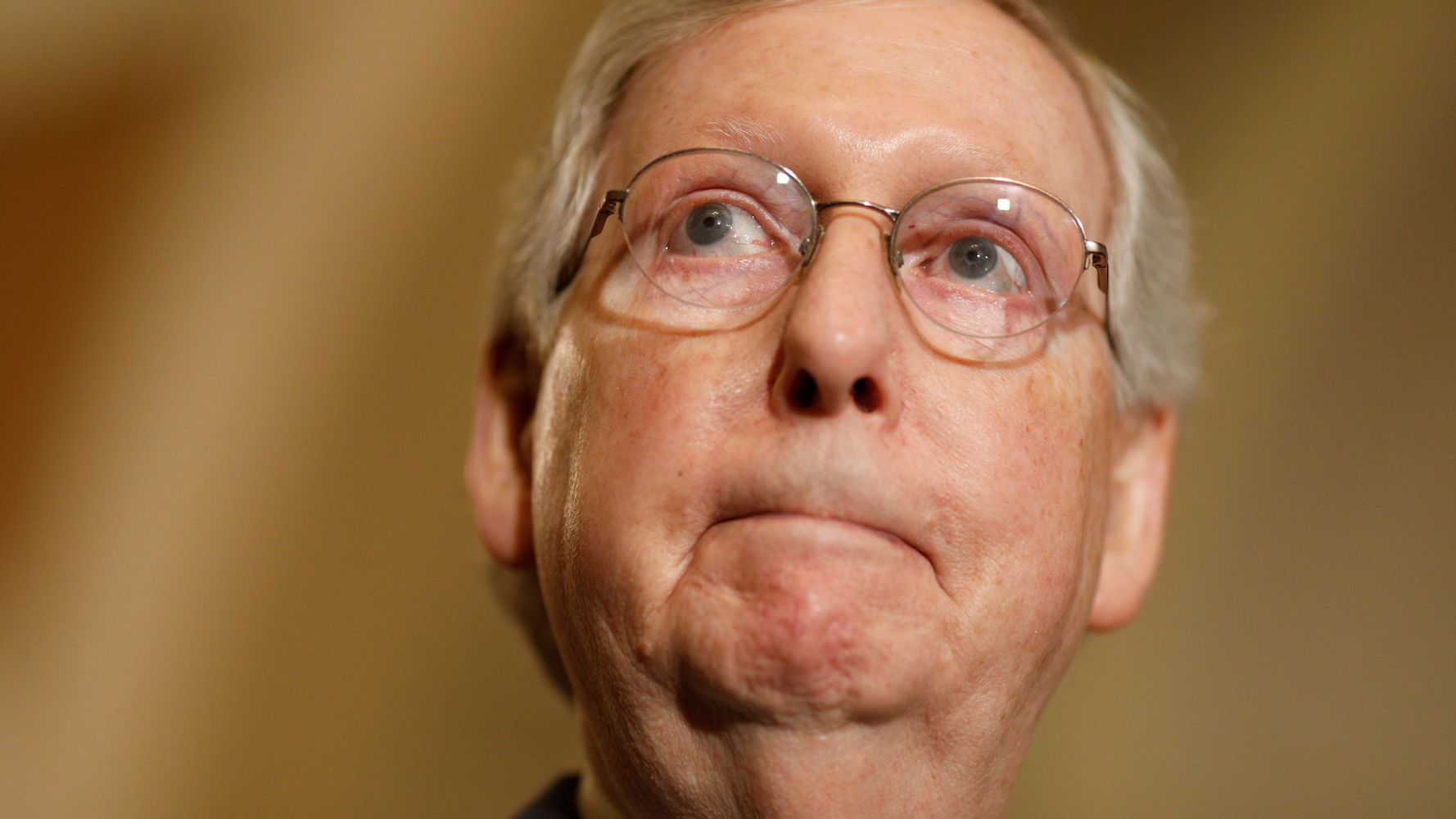 WASHINGTON ― President Donald Trump’s rhetoric hit new levels of recklessness over the weekend as he suggested a civil war could break out and accused a top Democratic House member of treason as the impeachment investigation against him ramps up.

But Senate Majority Leader Mitch McConnell (R-Ky.) doesn’t seem to have any problem with it.

Asked specifically for comment on Trump’s escalating attacks over the past 48 hours, McConnell went ahead and changed the subject.

“Look, what I want to do is spend our time accomplishing things for the American people,” the Senate GOP leader said in a Monday interview on CNBC.

“The House wants to spend ― they spent the last three years harassing this president and I gather we’re going to get another chapter of that with the impeachment episode,” McConnell continued. “But we need to find other things that actually make a difference for the American people and try to accomplish as much as we can.”

(McConnell’s words ring particularly hollow considering there are piles of House-passed bills sitting in the Senate going nowhere. His unwillingness to act on that legislation, or on Senate bills, is frustrating to some even in his own party.)

In a series of tweets Sunday, the president quoted Dallas megachurch pastor Robert Jeffress, who said during an appearance on Fox News that if Democrats remove Trump from office, “it will cause a Civil War-like fracture in this nation from which this country will never heal.”

On Monday morning, the president suggested in a tweet that House Intelligence Committee Chair Adam Schiff (D-Calif.), who will lead the impeachment investigation, ought to be arrested for treason.

The penalties for treason include death.

House Democrats could vote to impeach the president as soon as this year, but it wouldn’t remove him from office. That would only happen if the Senate subsequently votes to convict Trump of charges laid out in House articles of impeachment. It would take a supermajority to do that, or 67 senators ― meaning 20 Republicans would have to join the entire Democratic Caucus ― which seems unlikely. But McConnell said he would not try to prevent the trial from occurring.

“We’ll follow the Senate rules,” McConnell said Monday. “I would have no choice but to take it up.”

Trump has also suggested that an intelligence community whistleblower committed treason by using official channels to warn that Trump pressured the Ukrainian government to dig up dirt on Joe Biden, a top 2020 political rival.

The whistleblower’s complaint, which says the president “is using the power of his office to solicit interference from a foreign country in the 2020 U.S. election,” is corroborated by a White House summary of the president’s July phone call with Ukrainian President Volodymyr Zelenksy.

Only a couple of Republicans have dared to say the president is going too far with his rhetoric.

“I have never imagined such a quote to be repeated by a President,” Rep. Adam Kinzinger (R-Ill.) tweeted in response to Trump’s Civil War post. “This is beyond repugnant.”