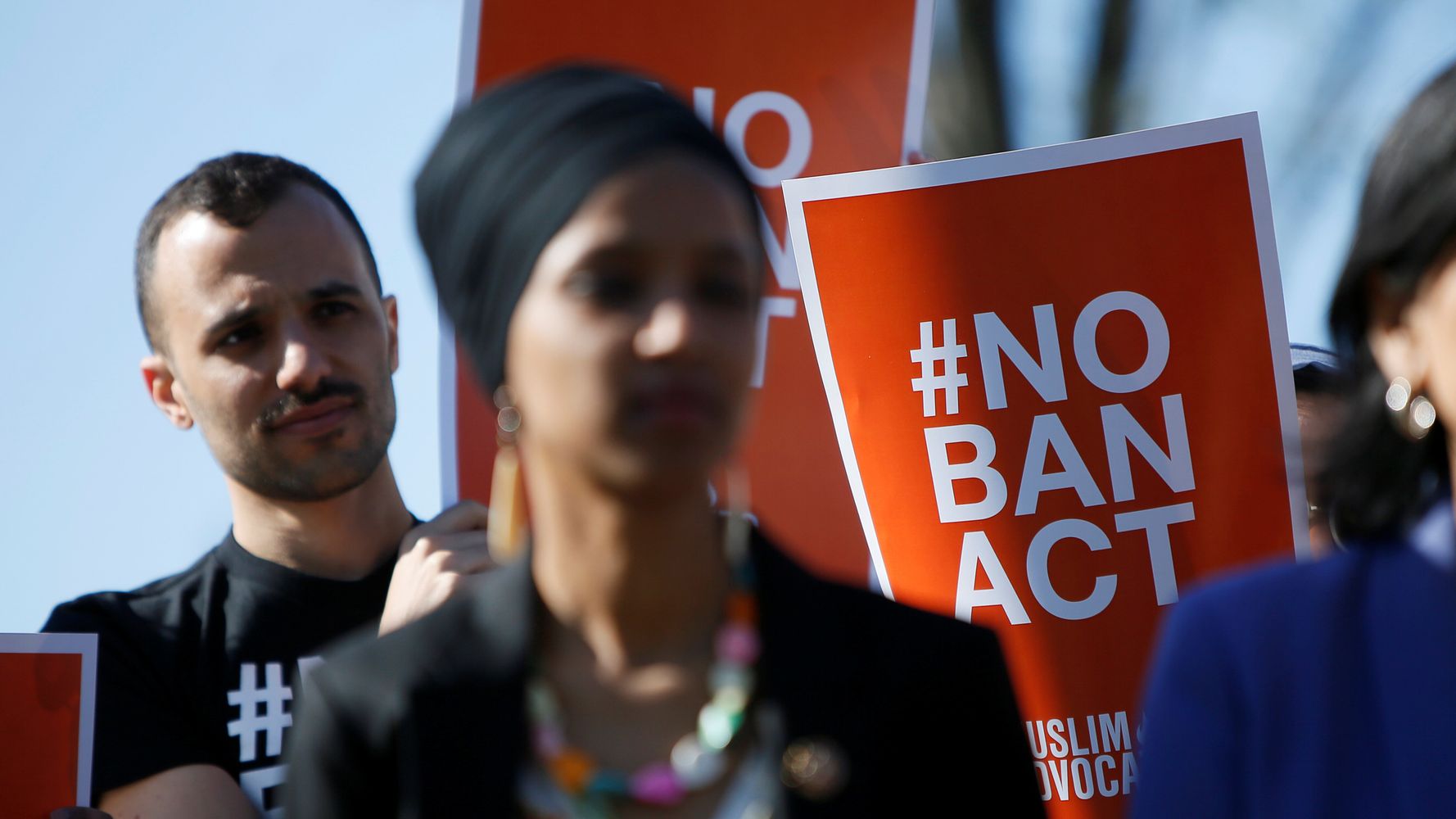 Nearly three years after President Donald Trump unilaterally blocked tens of thousands of people, many of them Muslims, from entering the United States, the House of Representatives will finally hold a hearing Tuesday focused on how to reverse it.

Congress has been slow to direct its attention to the rights of Muslim Americans. The Senate didn’t hold its first hearing on Muslim American issues until 2011, when Democrats convened a meeting focused on the rise of anti-Muslim bigotry. Now, in the age of Trump, the House is holding its own hearing on Muslim civil rights, which national civil rights group Muslim Advocates says is the first of its kind in that chamber.

Tuesday’s hearing will highlight the National Origin-Based Antidiscrimination for Nonimmigrants Act ― also known as the No Ban Act ― a bill introduced by Rep. Judy Chu (D-Calif.) and Sen. Chris Coons (D-Del.) earlier this year that would end the Muslim ban and restrict future presidents from enacting similar bans. The hearing is jointly hosted by the Judiciary Subcommittee on Immigration and Citizenship and the Foreign Affairs Subcommittee on Oversight and Investigations.

Over 160 Democrats have already co-sponsored the bill, including all three Muslim members of Congress: Reps. André Carson (D-Ind.), Rashida Tlaib (D-Mich.) and Ilhan Omar (D-Minn.). Advocacy groups have called on the remaining 60-plus House Democratic members, including top leadership, to also co-sponsor what they say should be simple, noncontroversial civil rights legislation.

“We are pleased with the support we already have ― over 150 Democrats on the House side. But we do believe that there’s really no reason why all Democrats should not be on this bill,” Farhana Khera, the president and director of Muslim Advocates, told HuffPost ahead of the hearing. Khera is one of the witnesses who will testify during Tuesday’s hearing.

“Frankly, every member of Congress should be supporting this bill, but especially the Democrats, who are the champions today, more than ever, of freedom, justice and equality in our country,” Khera added.

After vowing to ban Muslims from entering the U.S. during his presidential campaign, Trump followed through in early 2017 with Executive Order 13769, which barred citizens from several Muslim-majority nations from entering the country. He and his administration have insisted it isn’t a “Muslim ban,” though he had promised to enact one and the effect has been felt most by Muslim people and those in Muslim-majority nations.

The ban has been revised multiple times and challenged repeatedly in federal courts. It was upheld by the Supreme Court last year.

Since the ban was first enacted, travelers have been stranded at airports, newlyweds have been torn apart and civilians seeking medical attention have been denied visas to enter the country for treatment. Some Americans were forced to make the difficult decision to leave the U.S. and move to war-torn countries just to be with their families.

For years, families ― even those with members working in the highest levels of government ― were torn apart with no solution in sight. Researchers found that, of 549 collected cases, 26% were children who were separated from their parents due to the travel ban. An additional 37% were partners who were split apart. In 2018 alone, more than 37,000 visa applications were rejected by the U.S. State Department due to the travel ban.

Individuals whose families have been directly affected by the ban will speak at Tuesday’s hearing, as well as administration officials from the State Department, the Department of Homeland Security and U.S. Customs and Border Protection.

Earlier this week, more than a dozen companies, including Uber, Airbnb, Slack, Spotify and Twitter, announced their support for the No Ban Act in a joint letter.

“Nearly half of the top 100 companies on the Fortune 500 list were started by an immigrant or their children. The travel ban sets an unnecessary limit on the number of ambitious people from around the globe who can bring their great ideas to the United States,” reads the public letter.