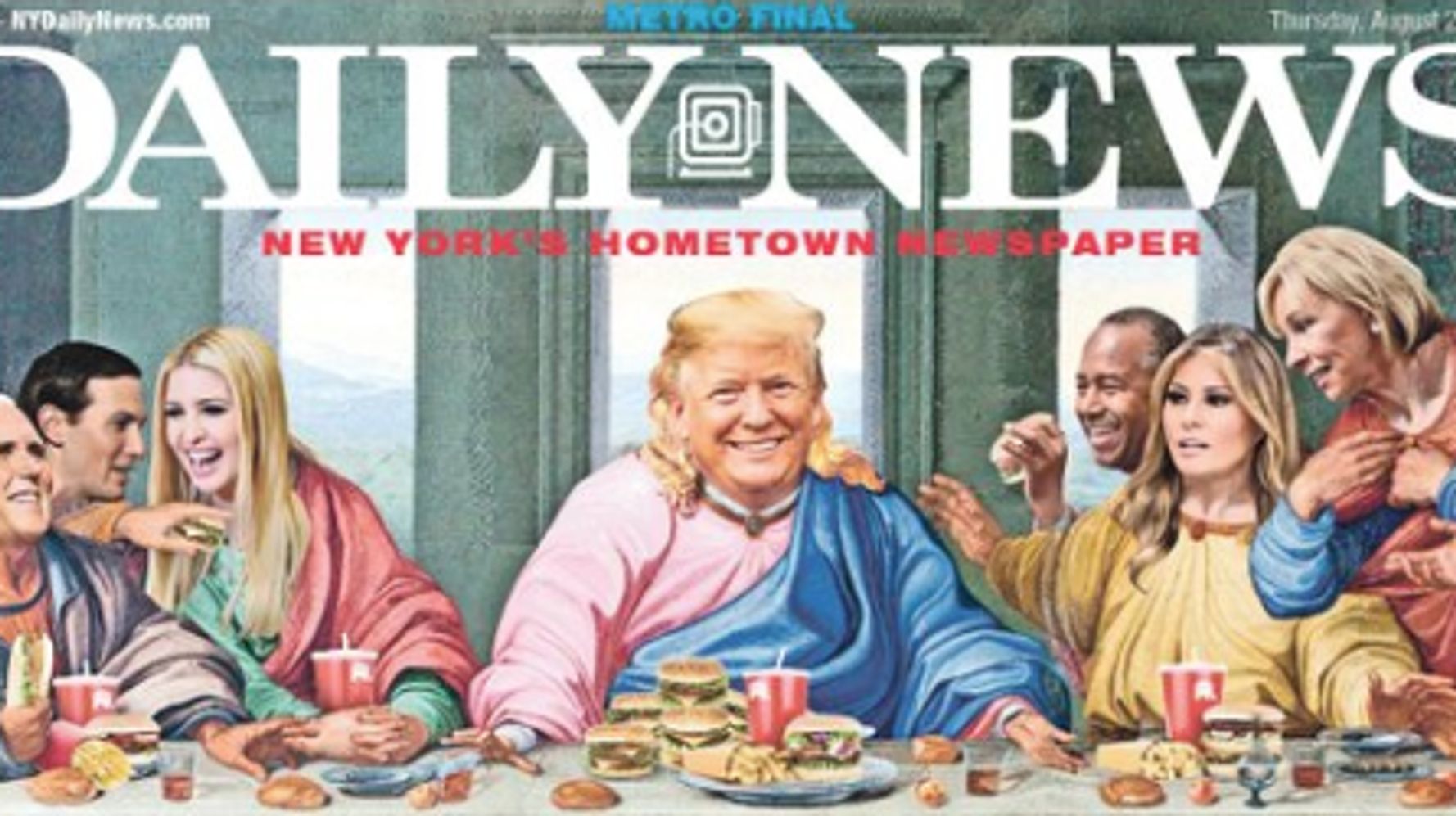 Note the hamberders burgers and soda cups on the table and Trump’s long hair.

The cover was published in response to Trump tweeting his thanks to right-wing conspiracy theorist Wayne Allyn Root, who claimed Tuesday that Jewish people consider the president as the “second coming of God” and the “king of Israel.”