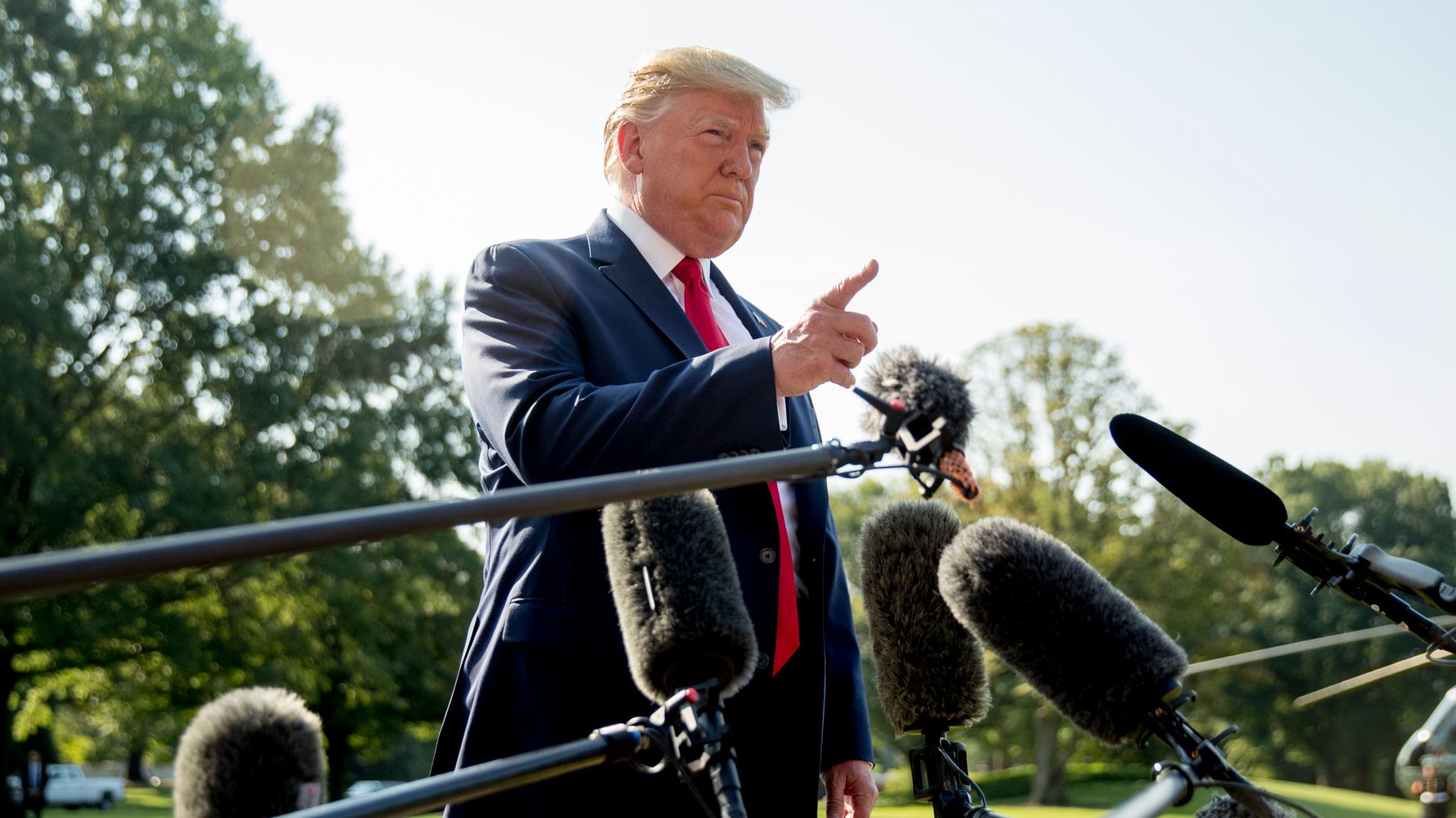 The publisher of The New York Times said Monday that the Trump administration would not help one of its reporters who was about to be arrested in Egypt two years ago, saying the episode was just one of many instances of the U.S. retreating from its “historical role as a defender of the free press.”

In a scathing op-ed about the growing threat to journalism around the globe, Times Publisher A.G. Sulzberger wrote that in 2017 one of the paper’s reporters, Declan Walsh, was facing “imminent arrest” by government officials in Egypt. While such calls are alarming, Sulzberger said they’re standard for the paper, which has hundreds of reporters working in more than 160 countries. Under President Donald Trump, however, things took a shocking turn when an unnamed diplomat called Times leadership.

“This particular call took a surprising and distressing turn,” Sulzberger wrote. “We learned the official was passing along this warning without the knowledge or permission of the Trump administration. Rather than trying to stop the Egyptian government or assist the reporter, the official believed, the Trump administration intended to sit on the information and let the arrest be carried out. The official feared being punished for even alerting us to the danger.”

Read the full editorial over at The New York Times.

The publisher continued to note that rather than counting on the U.S. government to help protect Walsh from arrest, the Times instead reached out to Irish diplomats, who were at the reporter’s home within an hour and escorted him onto a flight before he could be detained (Walsh is Irish).

“Those of us leading The Times find it hard not to worry, knowing we have colleagues on the ground where war is raging, disease is spreading and conditions deteriorating,” Sulzberger continued. “But we’ve long taken comfort in knowing that in addition to all our own preparations and all our own safeguards, there has always been another, critical safety net: the United States government, the world’s greatest champion of the free press. Over the last few years, however, something has dramatically changed.”

After the editorial was published, many in the media called it “stunning” and “chilling.”

A.G. Sulzberger of @nytimes says “let me tell you a story I’ve never shared publicly before.” That story and one other raise unsettling questions about how the US government might respond when American journalists are under threat overseas. https://t.co/4HvKCq2SCk

The Trump administration has for years waged an information war against the American media, moving to cast the free press as “fake news” as soon as a newspaper or television network releases a story critical of the president. The Times notes Trump has used the phrase “fake news” more than 600 times on Twitter and said many other countries with far fewer protections for the press have since taken up the slogan.

“My colleagues and I recently researched the spread of the phrase ‘fake news,’ and what we found is deeply alarming: In the past few years, more than 50 prime ministers, presidents and other government leaders across five continents have used the term ‘fake news’ to justify varying levels of anti-press activity,” Sulzberger wrote.

The shift in terminology has already had real-world consequences, including the murder of the journalist Jamal Khashoggi at the directive of the Saudi government. According to the Committee to Protect Journalists, 252 reporters were imprisoned last year for doing their jobs. And 16 have already been killed in 2019.

Sulzberger said Trump’s disregard for the First Amendment has effectively “given foreign leaders permission to do the same.” But he issued a call for Americans and those abroad to work to protect journalism at a time when it’s needed most.

“The true power of a free press is an informed, engaged citizenry. I believe in independent journalism and want it to thrive. I believe in this country and its values, and I want us to live up to them and offer them as a model for a freer and more just world,” he wrote. “The United States has done more than any other country to popularize the idea of free expression and to champion the rights of the free press. The time has come for us to fight for those ideals again.”