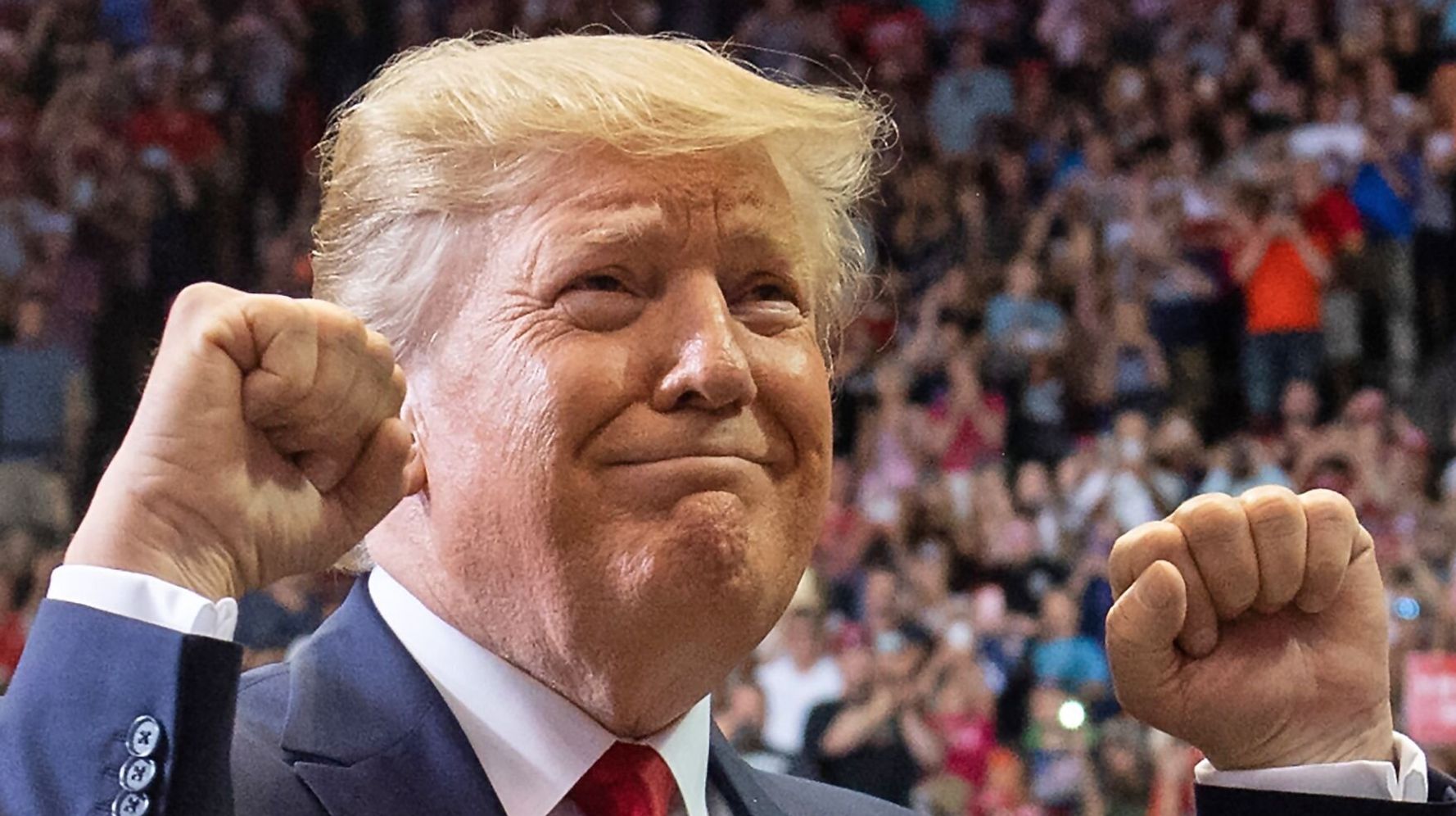 The New York Times is being run through the shredder after an overly generous headline about President Donald Trump’s comments about the weekend’s mass shootings.

At least 31 people were killed in separate shootings in El Paso, Texas, and Dayton, Ohio.

While Trump on Monday denounced hate and white supremacy, he failed to acknowledge his own long history of hateful and racist rhetoric.

Trump has referred to immigration as an invasion, and last month he told four women of color in Congress to “go back” to their ancestral countries. He also cracked a joke when someone at a rally in Florida suggested shooting immigrants.

The alleged gunman in Texas reportedly shared a manifesto online that used similar language to Trump’s, referring to immigrants as “invaders” and using the phrase “Send them back.”

But the first edition of the Times carried a front-page headline suggesting that the president was attempting to unify the country: “Trump Urges Unity vs. Racism.”

Critics attacked the paper on Twitter, and the headline was changed for the second edition to: “Assailing Hate but Not Guns.”

It’s not clear if the change was the result of the criticism.

Twitter users vented against the paper ― and some said they were canceling their subscriptions and urging others to do the same.

That’s not what happened. https://t.co/m6eIZOARcZ

Lives literally depend on you doing better, NYT. Please do. https://t.co/L4CpCb8zLi

I write for the NYT. This is a terrible headline. https://t.co/ODa8SUK9wf

Let this front page serve as a reminder of how white supremacy is aided by – and often relies upon – the cowardice of mainstream institutions. https://t.co/ynjgtT66yI

NYT: Please stop sucking when our democracy depends on it. https://t.co/webAcV52p6

this headline is bad on its own, but it’s particularly confusing because it essentially contradicts the smart piece below it by @alexburnsNYT https://t.co/HWtJHMviC9

Not sure “TRUMP URGES UNITY VS. RACISM” is how I would have framed the story. pic.twitter.com/quOibXsp32

The NYT is so disappointing. https://t.co/M6ww8HGvYg

Are you fucking kidding? How can you print this shit?

I canceled my subscription. I know a lot of folks will tell me I’m wrong. I will miss it. But I can’t keep rewarding such awful news judgment. “Trump Urges Unity Against Racism” is almost as bad as their full-page Comey letter coverage just before 2016 election. Nobody learns. https://t.co/FNUyXN9TmB

I often find attacks on the NYT to be overheated and misdirected but this is just terrible. https://t.co/gKaIMmt8nX

this is just about the worst way the nyt could have handled this story https://t.co/LC1vhMUjsv

NYT journalism on specific stuff is generally world-class. their columnists (with a couple important exceptions) are mediocre to atrocious. and their political “reporters” are constantly pulling this shit https://t.co/CXGOKNMVX7

Yeah, I really hate canceling subscriptions to major newspapers bc I feel especially protective of journalism right now, but the NYT is making it increasingly difficult to justify rewarding their coverage with a subscription. I’m canceling as well until they come to their senses.

That does it. I don’t care how long I have to be on hold. Canceled. That’s quite enough. https://t.co/68yyj4iPsh

That this President could get this headline 2 days after this weekend and more than 2.5 years into his presidency is shocking. They’ll hang this one in the Trump library. https://t.co/JDJjFMHASP

To cancel your NYT subscription: