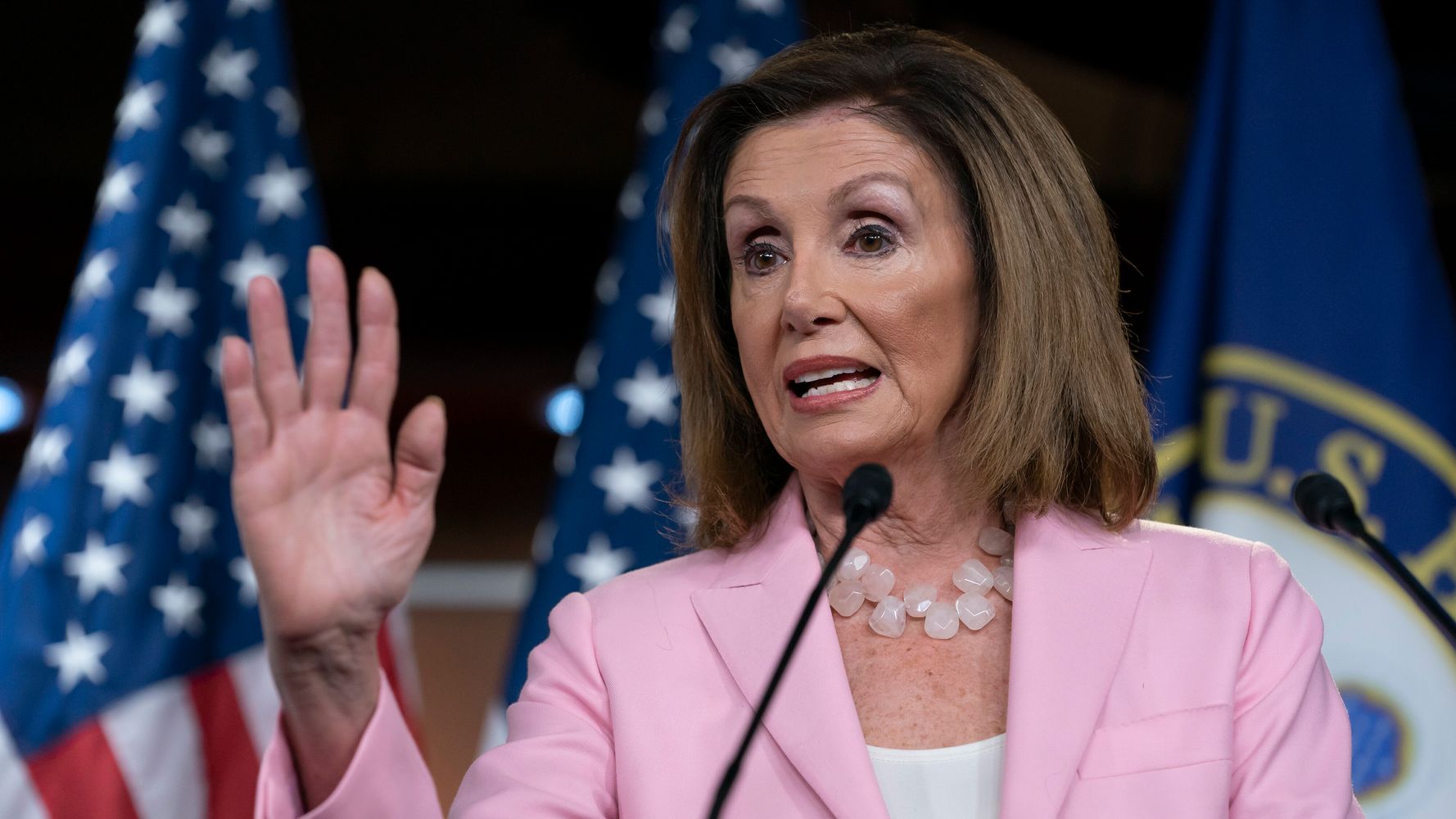 House Speaker Nancy Pelosi (D-Calif.) is now calling for the release of a whistleblower report allegedly flagging President Donald Trump’s requests for election help from Ukraine, warning that keeping it from Congress could usher in “a grave new chapter of lawlessness.”

In a letter to colleagues Sunday, Pelosi made clear that she expects Acting Director of National Intelligence Joseph Maguire to turn over the report when he appears before the House Intelligence Committee on Thursday.

“The Administration’s blocking of Acting DNI Maguire from providing Congress with the whistleblower complaint calls upon him to violate the federal statute, which unequivocally states that the DNI ‘shall’ provide Congress this information,” Pelosi wrote. “The Administration is endangering our national security and having a chilling effect on any future whistleblower who sees wrongdoing.”

On Friday, The Washington Post reported that the White House legal counsel’s office has pushed for the complaint to be hidden from Congress.

According to The Wall Street Journal, the document dated Aug. 12 concerns a July phone call from Trump to Ukrainian President Volodymyr Zelensky in which Trump asked Zelensky about eight times to partner with attorney Rudy Giuliani in an investigation of former Vice President Joe Biden’s son, Hunter.

Sounding the alarm on Trump’s alleged behavior, Pelosi urged her fellow lawmakers to ensure that the White House is “always conducting our national security and foreign policy in the best interest of the American people, not the President’s personal or political interest.”

Pelosi is also asking Republicans to join the call for the report’s release.

“This violation is about our national security,” she added. “The Inspector General determined that the matter is ‘urgent’ and therefore we face an emergency that must be addressed immediately.”

Concluding her letter, Pelosi hinted at the possibility of impeachment, warning that any continued effort to block the complaint from being delivered to Congress would “take us into a whole new stage of investigation.” So far, she has refrained from endorsing Trump’s ouster.

During a CNN interview Sunday, House Intelligence Committee Chairman Adam Schiff (D-Calif.), who has also been hesitant to call for impeachment, said that if it is shown that Trump withheld military aid to Ukraine as a bargaining chip for the probe, impeachment “may be the only remedy that is co-equal to the evil” of the alleged acts.

On Saturday, Sen. Dianne Feinstein (D-Calif.), the lead Democrat on the Judiciary Committee, said in a statement that she had written a letter to Attorney General William Barr “demanding that the whistleblower report be transmitted to Congress, which is required by law.”