Pence Working to Release Records of His Ukraine Calls, Says They Would Exonerate Trump 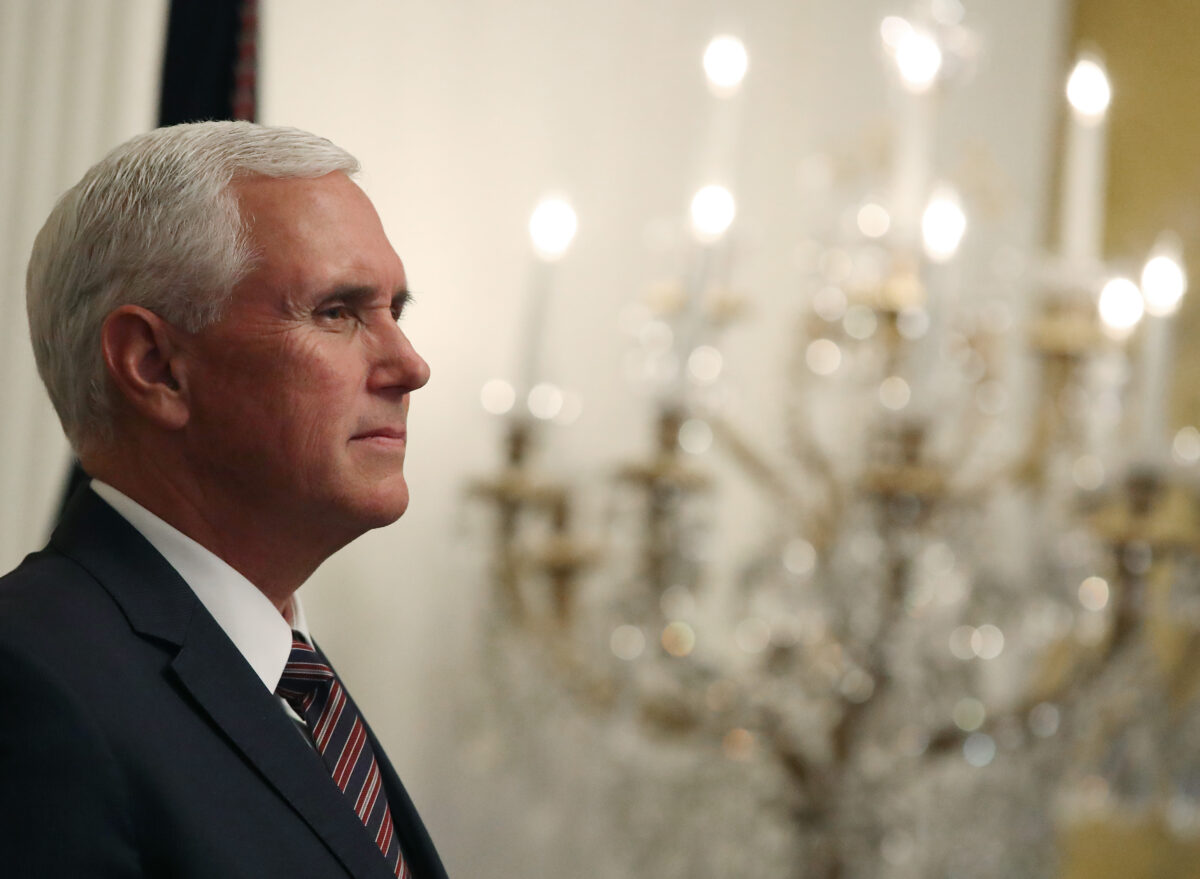 Vice President Mike Pence is working with the White House to release records of his two calls with Ukrainian President Volodymyr Zelensky.

Pence told reporters on Oct. 9 that the transcripts would exonerate Trump of the allegations that he pressured the Ukrainian leader to investigate former Vice President Joe Biden, a 2020 presidential election candidate.

“I’d have no objection to that,” Pence said when asked about releasing the transcripts.

The vice president spoke after an event in Waukee, Iowa, where he addressed supporters about the president’s trade policy.

Pence said he “never discussed the issue of the Bidens” with Zelensky. He defended the president, insisting that a “plain reading” of the rough transcript of Trump’s call with the Ukranian leader shows “there was no quid pro quo.”

The White House released the transcript of Trump’s call with Zelensky on Sept. 25. According to the transcript, Trump didn’t pressure Zelensky to investigate the Bidens. The transcript also contradicted several widely circulated media allegations, including the false claim that Trump made Zelensky a promise.

The Trump–Zelensky call is at the center of the Democrat-run impeachment inquiry. The probe was triggered by an anonymous whistleblower complaint alleging that Trump’s request to Zelensky may constitute a campaign finance violation. The Department of Justice examined the complaint and determined that no further action is necessary. Zelensky has said there was no pressure or quid pro quo on the call.

House Speaker Nancy Pelosi (D-Calif.) nonetheless launched the impeachment inquiry, pulling the trigger before the White House released the transcript and before the House Intelligence Committee released the whistleblower’s complaint.

Pence is mentioned only once in the whistleblower’s complaint in relation to a canceled trip to Ukraine.

Trump’s allegation about Joe Biden and his son, Hunter Biden, appears to refer to documents and media reports about Hunter Biden’s tenure on the board of Burisma, one of the largest gas firms in Ukraine. In early 2018, Joe Biden bragged about forcing the firing of the top Ukrainian prosecutor by withholding $1 billion in loan guarantees to the country. At the time Biden forced the firing, his son sat on the board of directors of Burisma.

The fired prosecutor, Viktor Shokin, stated in a sworn affidavit to a European court that he was fired due to pressure from Biden because he refused to drop the Burisma investigation.

Biden has responded to questions about his son in Ukraine by deflecting attention to Trump and castigating reporters who bring up the topic. Biden’s spokeswoman confirmed on Oct. 7 that the Obama White House approved Hunter Biden’s position on the Burisma board.

“Look, every single independent outlet that’s looked into this has said there’s no issue of wrongdoing here,” Kate Bedingfield, Biden’s deputy campaign manager, told MSNBC. “You know, in 2014, the White House cleared Hunter Biden serving on that board.”