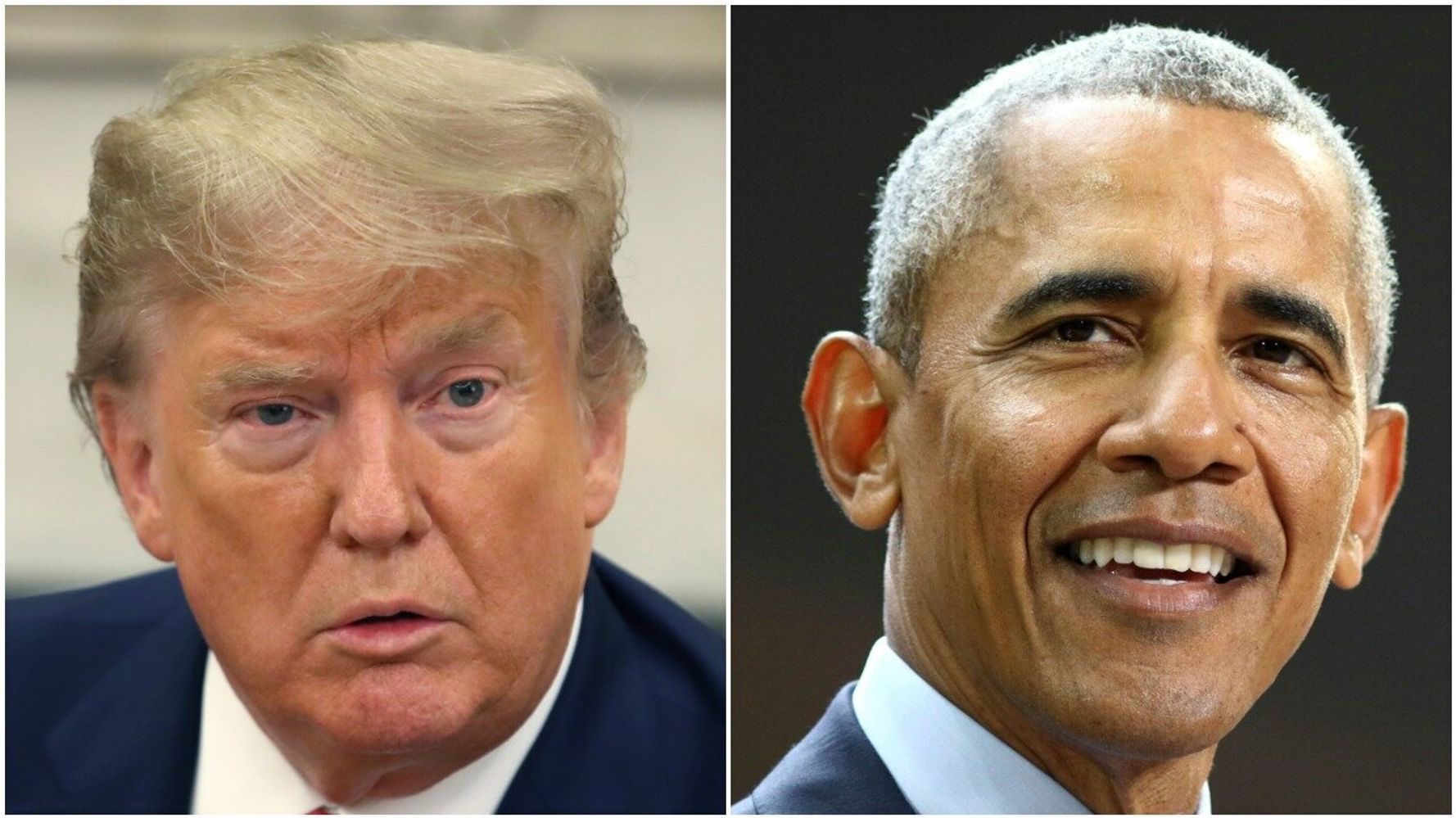 The topic surfaced Monday when Trump shot out a series of irate tweets over the course of several hours, defending himself against the mounting list of inquiries into whether he’s profiting from his office and suggesting some alternative investigations:

House Judiciary has given up on the Mueller Report, sadly for them after two years and $40,000,000 spent – ZERO COLLUSION, ZERO OBSTRUCTION. So they say, OK, lets look at everything else, and all of the deals that “Trump” has done over his lifetime. But it doesn’t….

….work that way. I have a better idea. Look at the Obama Book Deal, or the ridiculous Netflix deal. Then look at all the deals made by the Dems in Congress, the “Congressional Slush Fund,” and lastly the IG Reports. Take a look at them. Those investigations would be over FAST!

They failed on the Mueller Report, they failed on Robert Mueller’s testimony, they failed on everything else, so now the Democrats are trying to build a case that I enrich myself by being President. Good idea, except I will, and have always expected to, lose BILLIONS of DOLLARS..

….for the privilege of being your President – and doing the best job that has been done in many decades. I am far beyond somebody paying for a hotel room for the evening, or filling up a gas tank at an airport I do not own. These Radical Left Democrats are CRAZY! Obama Netflix?

The suggestion that the House Judiciary Committee investigate Obama’s television and book deals is peculiar since both deals were made after Obama left office. While both were very lucrative ― the Netflix deal reportedly clocked in at a high eight figures ― it’s unclear why Trump thinks they’re worthy of an investigation.

The former president and his wife, Michelle Obama, both signed book deals in 2017. The former first lady’s memoir was released last year and Obama’s book could drop during the presidential election campaign, in 2020. The Obamas’ Netflix deal, which was established last year, has just released its first production, the “American Factory” documentary.

People on social media were quick to respond to the president’s tweets. Some suggested Trump’s real issue with “Obama Netflix” might come down to jealousy that his rival will beat him to an Emmy, while others just wanted “Obama Netflix” to catch on as a phrase:

Obama has made more money in television from one Netflix deal than Donald Trump did during all of “The Apprentice.”

Oh, and he’s got a way better chance at winning an Emmy. 😉

That’s how I’ll be greeting people from now on. pic.twitter.com/Rew1vy5O2w

Hey baby, how about some Obama Netflix and Chill tonight? pic.twitter.com/1ci8WBFxTT

I’ve begun signing my cover letters to potential employers with the signature, “Obama Netflix” so that they know I’m qualified, intelligent and knowledgeable about pop culture. It might work better than when I signed my emails, “I am Groot Batman-sent from IPhone.” #obamanetflix

Can’t believe you trying to goad the poor @realDonaldTrump by trying to get #ObamaEmmy to trend !!! … oh … err… oops 🙊 https://t.co/TKuVvIQ6yw

Trump is the last person who should criticize a post-presidency Obama Netflix deal considering that it’s currently impossible to tell where the White House stops and Fox News begins.

I don’t know what this Obama Netflix is… but where TF can I subscribe?

It’s getting harder and harder to translate from Trumpese, but I think this is supposed to mean Obama making a producing deal with Netflix two years after he’s out of office is somehow akin to funneling tax dollars to your own properties while in office?

“Obama Netflix“ should be the only TV programming @realDonaldTrump is allowed to watch while serving his life sentence in jail.

“Obama Netflix” is my safe word.

Trump Directs His Former Aides Not To Testify In Impeachment Probe