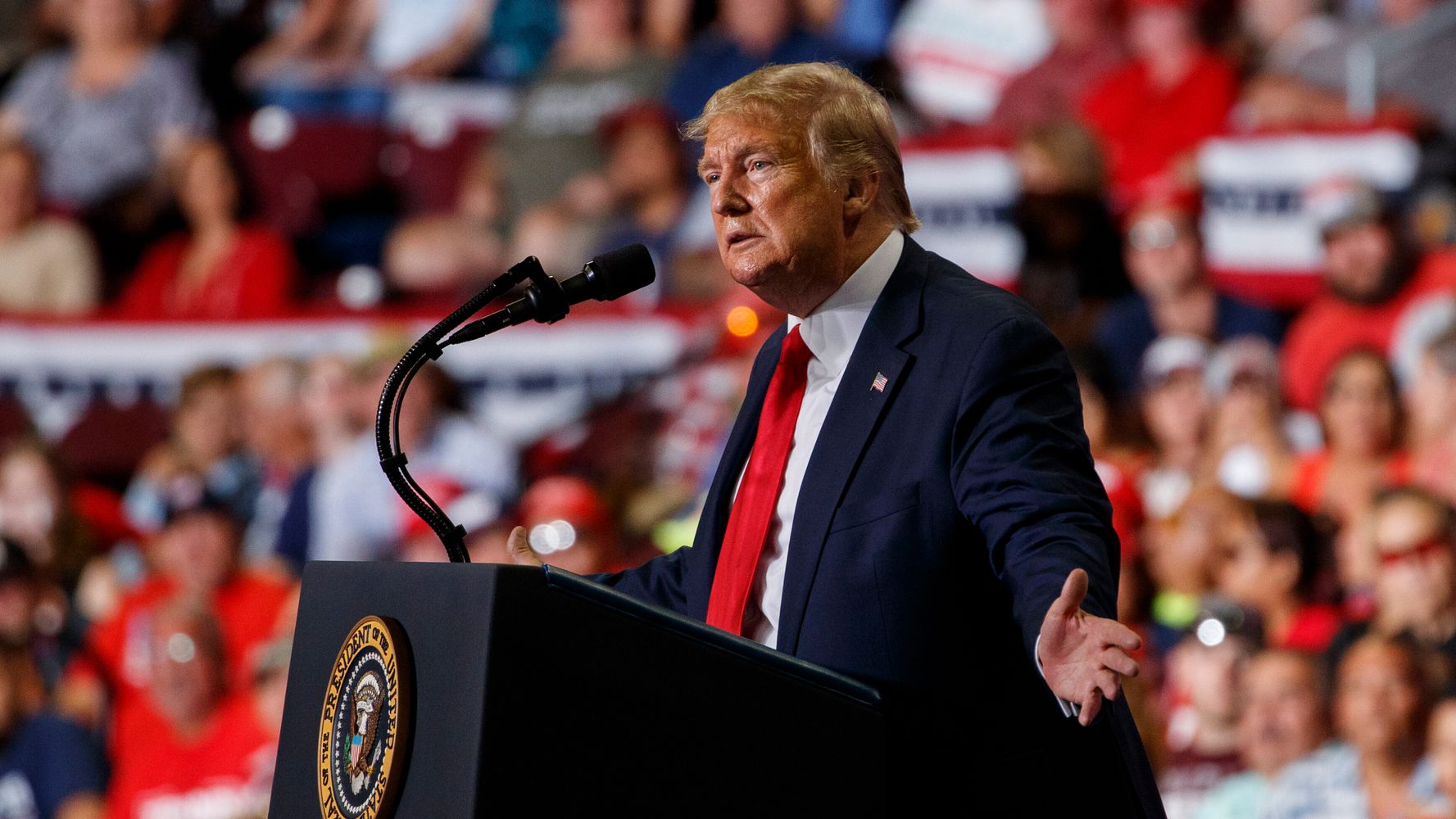 Trump told the crowd Monday in Rio Rancho that Kavanaugh, whom he nominated, is “a great, brilliant man,” and the president attacked The New York Times for its recent reporting on another claim of sexual misconduct at a college party.

The president echoed a tweet he posted just hours earlier in which he called for “the resignation of everybody at the New York Times” who was involved in the reporting he called a “smear story.” He also said the Times’ Kavanaugh coverage has “destroyed” the “virtue” of the Gray Lady, a nickname for the Times.

I call for the Resignation of everybody at The New York Times involved in the Kavanaugh SMEAR story, and while you’re at it, the Russian Witch Hunt Hoax, which is just as phony! They’ve taken the Old Grey Lady and broken her down, destroyed her virtue and ruined her reputation…

Two reporters from The New York Times published an excerpt from their forthcoming book on Saturday that contained details of a new sexual misconduct allegation against Kavanaugh.

Max Stier, who used to be Kavanaugh’s classmate in the 1980s, told reporters Robin Pogrebin and Kate Kelly that he saw the then-Yale University freshman with his pants down while his friends pushed his penis into the hands of a female student at a dorm party.

He said he approached senators and the FBI with the allegation during confirmation hearings last year, according to the Times. The Washington Post confirmed Monday that Sen. Christopher Coons (D-Del.) also asked the FBI to look into the allegations after Stier approached him with the claim but that the bureau didn’t take on the senator’s request.

Trump told the rally crowd on Monday that the Times put out a “major apology,” referring to an editors’ note at the bottom of the story in which the reporters said the female student Stier alleged he saw declined to be interviewed and that her friends say she does not recall the incident. The Times did put out an apology, but that was for an offensive and graphic tweet that was posted about the article.

Earlier in the rally, Trump also told the crowd that everyone is “looking much better than they did three years ago” but that he can’t say that in the Me Too era. He said it again, adding, “including the men.” Later, after his Kavanaugh comments, Trump bashed journalists for negative media coverage of him, saying, “You know, when you think of it: I’m president, and they’re not.”

Trump on negative media coverage from “phony” journalists: “You know, when you think of it: I’m president and they’re not.” There is a loud cheer.

Earlier Monday, Trump said that Kavanaugh is really the one “being assaulted” and that the Times “should be sued” because it is “looking to destroy, and influence his [Kavanaugh’s] opinions.”

On Sunday, the president tweeted that Kavanaugh should “start suing people for [libel], or the Justice Department should come to his rescue.”

Before the Times report this weekend, Kavanaugh had faced allegations of sexual assault or misconduct from three women, one of whom was at the center of Pogrebin and Kelly’s excerpt. Deborah Ramirez was a classmate of Kavanaugh’s at Yale, and she reported that he exposed himself to her during a drinking game at a dorm ― an accusation similar to the one Stier made.

Another of the accusers, psychology researcher Christine Blasey Ford, gave emotional testimony to the Senate last year that was broadcast live. Ford alleged that Kavanaugh tried to rape her when they were both in high school. Kavanaugh was still confirmed to the Supreme Court and has been celebrated by the president.

More than 20 women have accused Trump himself of sexual misconduct. He has denied all of the accusations.

Rep. Ilhan Omar On Trump Impeachment: ‘It’s Not If … It’s When’