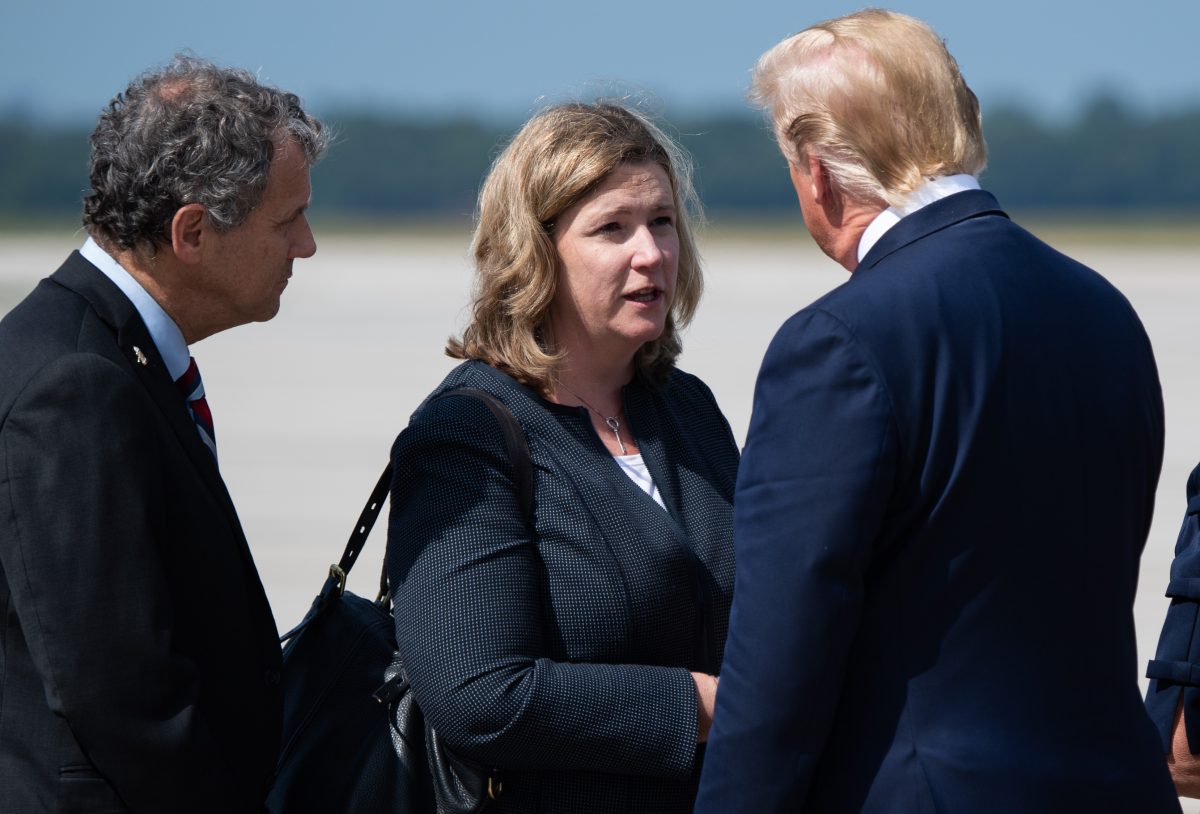 President Donald Trump and First Lady Melania Trump landed in Ohio shortly before 11 a.m. on Aug. 7 to visit the victims and first responders of the recent shooting massacre that claimed the lives of 10 people.

The president and first lady shook hands and spoke to a small greeting party, including Dayton Mayor Nan Whaley, on the tarmac of the Wright-Patterson Air Force Base before boarding the motorcade en route to Dayton.

Trump told reporters at the White House prior to his departure, “We’re going to take the opportunity to really congratulate the first responders.”

After Dayton, Trump will fly to El Paso, Texas, where another massacre claimed the lives of 22 people just 13 hours prior to the mass shooting in Dayton.

Trump has swiftly condemned both massacres, urged Americans to unite against the ideologies espoused by the killers, and proposed measures to prevent future attacks.

The president told reporters at the White House prior to his departure to Dayton that there is interest in Congress for legislation related to background checks for gun purchases but noted that the “political appetite” for banning assault weapons is lacking. The president said he may bring Congress back from recess to vote on a bill if there is enough support for the measure to merit doing so.

“I can tell you there is no political appetite for that at this moment but I will certainly bring this up,” Trump said. “There is a great appetite for background checks.”

“My critics are political people that are trying to make points,” Trump said. “A couple of them, in particular, are very low in the polls.”

Within hours of the shootings, Democrats and establishment media personalities claimed, without evidence, that Trump’s rhetoric caused the killers to carry out the massacres.

“I think illegal immigration is a terrible thing for this country,” Trump said. “We have very many people coming in, they are pouring into this country.”

“We need strong immigration laws, but we want to allow millions of people to come in because we need them,” the president said, adding that many foreign companies are coming to do business in the United States. “Companies from all over the world, they need workers.”

President Trump: ‘I Am Concerned About the Rise of Any Group of Hate’