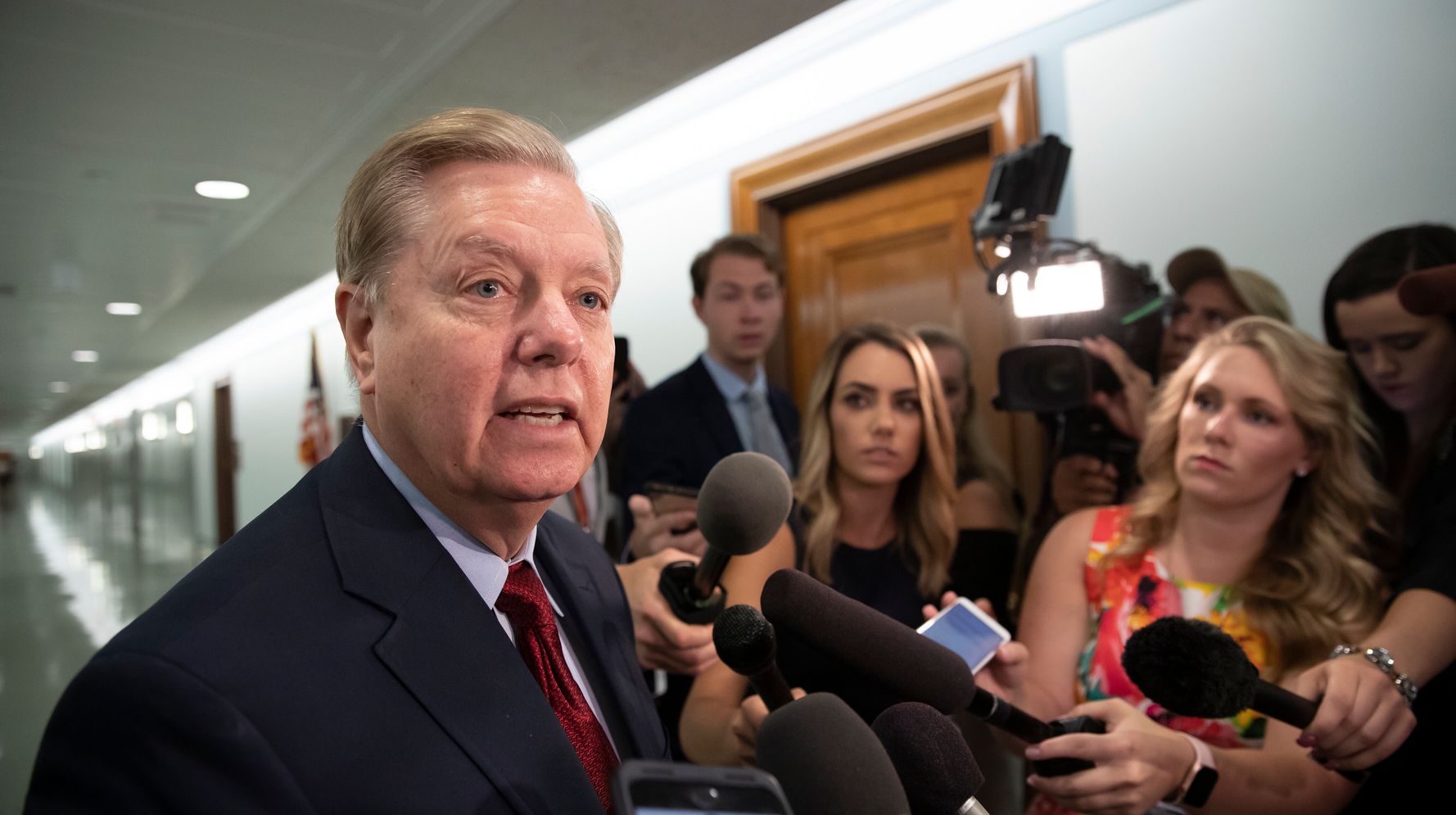 President Donald Trump’s decision to withdraw support for Kurdish allies in northern Syria ahead of Turkey’s planned invasion of the region drew forceful backlash from both Republicans and Democrats, as well as foreign policy experts.

The Kurds lead the Syrian Democratic Forces, the main ally to the U.S. in fighting the self-described Islamic State in Syria. Turkey has long wanted the U.S. to end its support for the Kurds, an ethnic group the Turkish government views as terrorists.

The White House’s announcement Sunday to allow Turkey to invade northern Syria startled some members of Congress, who warned such a move could lead to a genocide of the Kurds and allow ISIS to creep back into the region.

Sen. Lindsey Graham (R-S.C.), a frequent cheerleader of the president, split with Trump on his Syria decision, calling it “shortsighted” and “irresponsible” during a phone interview with “Fox & Friends” on Monday.

“I hope I’m making myself clear how shortsighted & irresponsible this decision is in my view,” he says. “This to me is just unnerving to its core.” pic.twitter.com/URH0DVA1bo

Graham, who helped to convince Trump to reverse his decision last December to withdraw U.S. forces from Syria, tweeted Monday that abandoning our Kurdish allies would be “a stain on America’s honor.”

He said he plans to introduce a Senate resolution opposing and asking for a reversal of Trump’s decision if he moves forward with it.

I don’t know all the details regarding President Trump’s decision in northern Syria. In process of setting up phone call with Secretary Pompeo.

If press reports are accurate this is a disaster in the making.

* Ensures ISIS comeback.
* Forces Kurds to align with Assad and Iran.
* Destroys Turkey’s relationship with U.S. Congress.
* Will be a stain on America’s honor for abandoning the Kurds.

The President’s decision to abandon our Kurd allies in the face of an assault by Turkey is a betrayal. It says that America is an unreliable ally; it facilitates ISIS resurgence; and it presages another humanitarian disaster. https://t.co/Tu8ARa8Pmp

Several other Republicans also spoke out about the sudden shift in U.S. foreign policy. House Minority Leader Kevin McCarthy urged the U.S. to “keep its word” with its foreign allies during an appearance Monday on “Fox & Friends.”

“This is a terribly unwise decision by the President to abandon our Kurdish allies, who have been our major partner in the fight against the Islamic State,” Sen. Susan Collins (R-Maine) said in a statement.

It would confirm #Iran’s view of this administration & embolden then to escalate hostile attacks which in turn could trigger much broader & more dangerous regional war.

The U.S. convinced the Kurds to destroy ISIS for us, causing massive Kurd casualties.

Then we conned the Kurds into dismantling their defenses, promising to protect them.

Now Trump invites the Turks into Syria, green lighting them to wipe out the Kurds.

Brett McGurk, the former U.S. envoy to the global coalition fighting ISIS, blasted Trump for demonstrating “a complete lack of understanding of anything happening on the ground.”

“Trump made a similarly impulsive decision when I was managing the policy,” tweeted McGurk, who resigned last year when Trump announced plans to abruptly withdraw American troops from Syria. “Trump tonight after one call with a foreign leader provided a gift to Russia, Iran, and ISIS.”

Donald Trump is not a Commander-in-Chief. He makes impulsive decisions with no knowledge or deliberation. He sends military personnel into harm’s way with no backing. He blusters and then leaves our allies exposed when adversaries call his bluff or he confronts a hard phone call.

There’s a similar defect at the core of US foreign policies across the board: maximalist objectives for a minimalist president combined with no process to assess facts, develop options, or prepare contingencies. Our personnel are left exposed at the slightest moment of friction.

Daniel Drezner, a professor of international politics at Tufts University, accused Trump of “screwing over a local ally that has done pretty much everything the U.S. has asked.”

It cannot be stressed enough how much Trump — and let’s be clear, this is Trump, no one else in his administration wants to do this — is screwing over a local ally that has done pretty much everything the U.S. has asked. https://t.co/fU9A39CPlL

Trump appeared to address some of the concerns over his decision to withdraw support in northern Syria, tweeting Monday that he would “totally destroy” Turkey’s economy if its leaders did anything he considers to be “off limits.”

“The U.S. has done far more than anyone could have ever expected,” he wrote. “It is now time for others in the region, some of great wealth, to protect their own territory. THE USA IS GREAT!”

As I have stated strongly before, and just to reiterate, if Turkey does anything that I, in my great and unmatched wisdom, consider to be off limits, I will totally destroy and obliterate the Economy of Turkey (I’ve done before!). They must, with Europe and others, watch over…