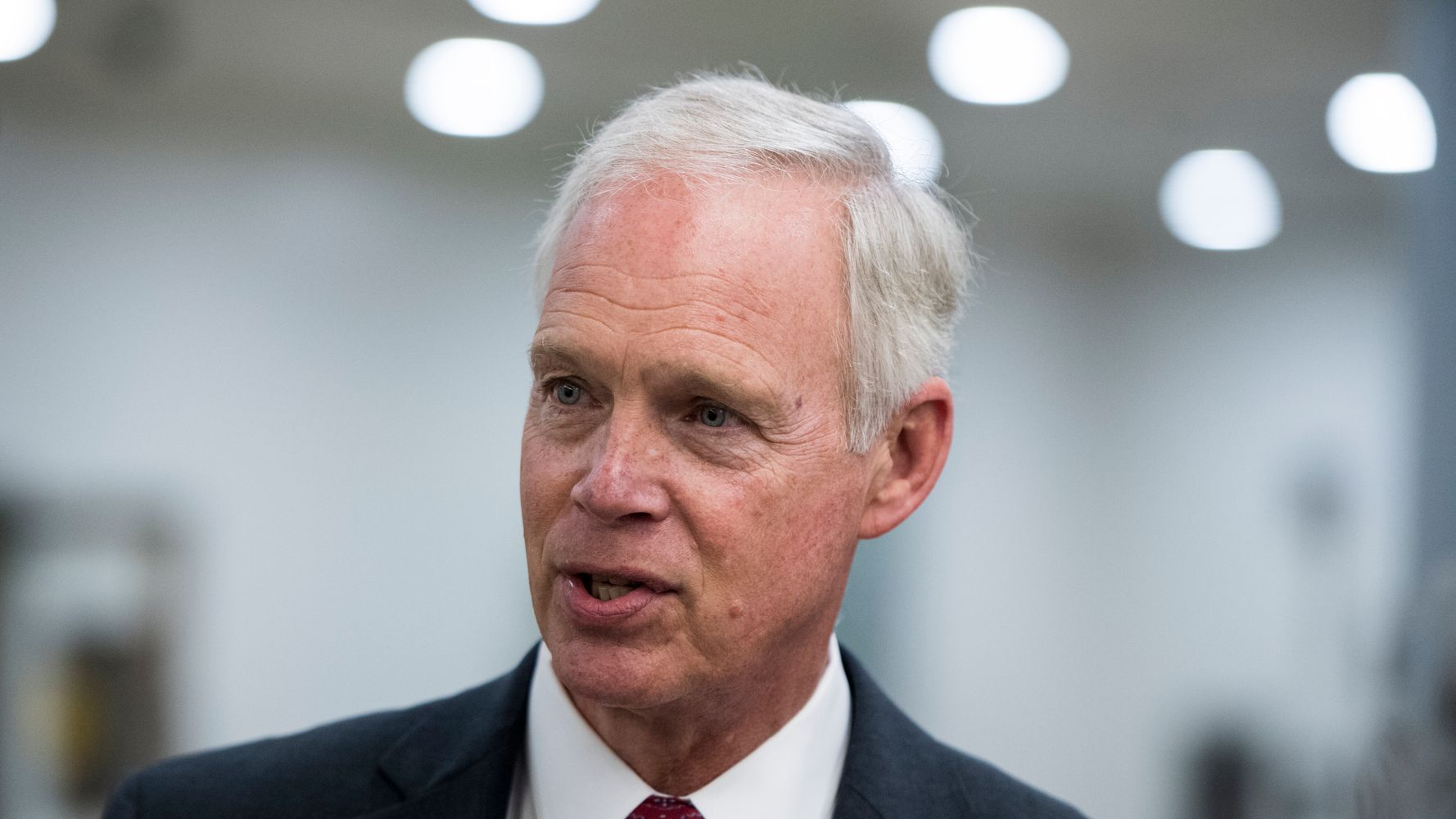 Sen. Ron Johnson (R-Wis.) said Sunday that he, along with the majority of Donald Trump’s advisers, had to persuade the president to release American military aid to Ukraine, a matter that has become the focal point of House Democrats’ impeachment inquiry.

Johnson said he urged Trump at the end of August to hand over the funds, which were being delayed at the time of Trump’s July 25 call with Ukrainian President Volodymyr Zelensky. According to a rough transcript of the exchange, Trump pressed Zelensky for help with a corruption probe into former Vice President Joe Biden and his son Hunter, based on unfounded allegations.

The communication has fueled questions over whether there was a quid pro quo at play, though Trump and his defenders have claimed there was not.

“When I raised the issue, he vehemently, adamantly and angrily denied that there was any kind of condition to release it,” Johnson said.

“I understand that most of President Trump’s advisors wanted the military aid released. And they were trying to figure out some way, shape or form to convince President Trump to approve that release,” Sen. Johnson says of Mulvaney’s possible involvement in quid pro quo #CNNSOTU pic.twitter.com/GkF3EmjlFl

On Friday, House leadership released the testimonies of Army Lt. Col. Alexander Vindman, the National Security Council’s top Ukraine expert, and former White House foreign policy adviser Fiona Hill. Both appeared before lawmakers and raised alarm over Trump’s Ukraine dealings, stating that a conditional offer was made for Zelensky to meet Trump in the Oval Office if a probe of the Bidens was launched.

Vindman, who has firsthand knowledge of Trump’s call, said there was “no ambiguity” about the deal. Hill, who read the partial transcript of the call, said it “really was kind of my worst fears and nightmares.”

Acting White House chief of staff Mick Mulvaney publicly admitted last month that there was a quid pro quo, characterizing it as an element of routine diplomacy and telling reporters at a press briefing to “get over it.” However, he later backtracked on his remarks, releasing a second statement in which he claimed “there was absolutely no quid pro quo.”

Johnson, pushing the GOP’s messaging on Trump’s call, stressed on Sunday that “he was concerned about corruption” and “the fact that Europe doesn’t step up to the plate and provide as much support as they really should because it’s not in their backyard.”

According to the Center for Strategic and International Studies, a Washington, D.C.-based think tank, while the U.S. has been a leader in military aid, the European Union is Ukraine’s largest donor in terms of humanitarian and development aid, and has given the country an annual average of more than $710 million since 2014. That’s almost double the United States’ contributions in that category.

However, in terms of defense, the U.S. has given nearly $1.5 billion to Ukraine over the past five years, according to the Center for International Policy’s Security Assistance Monitor.

Nikki Haley: White House Aides Asked Me To Undermine Trump To ‘Save The Country’