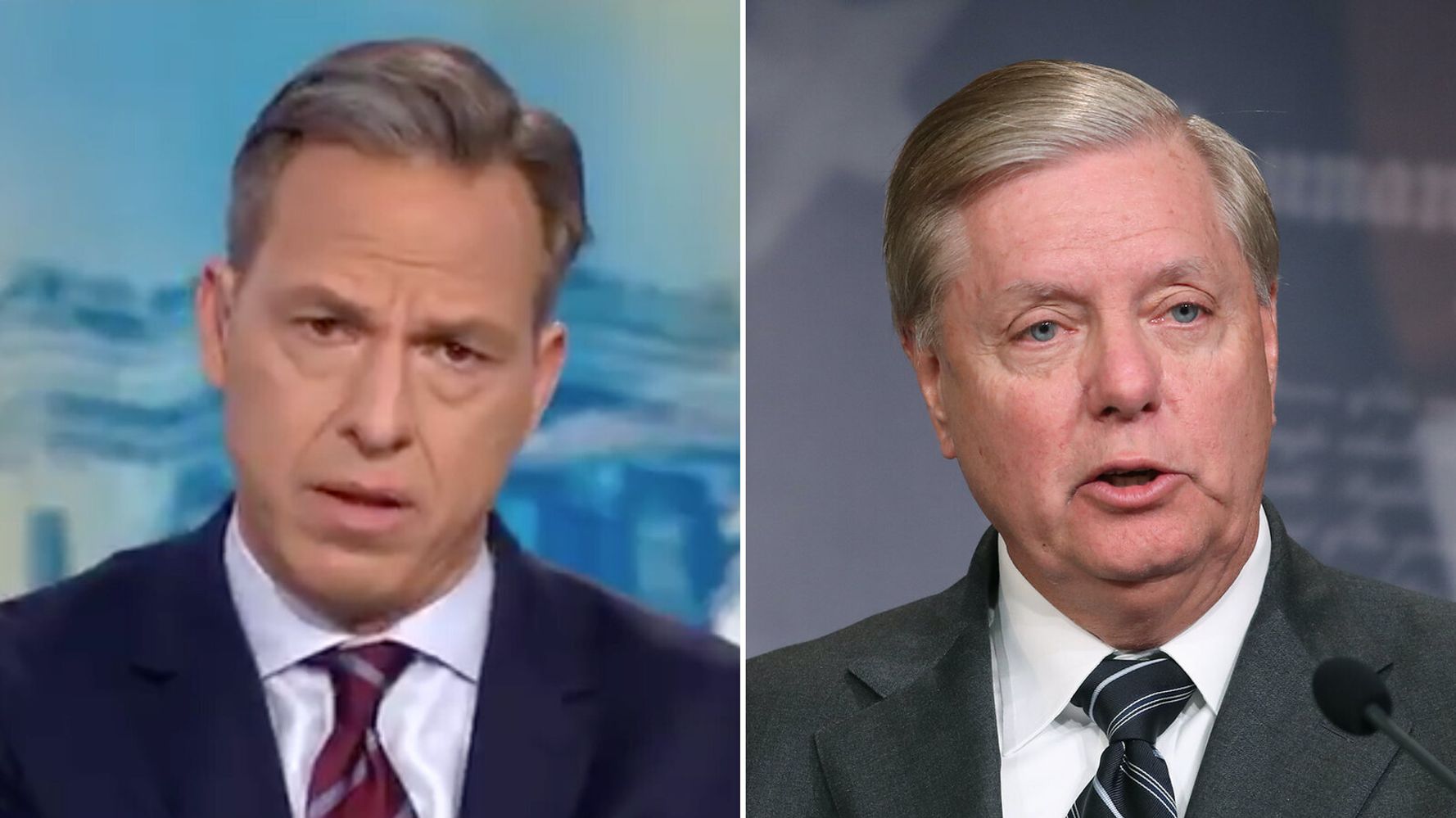 During Sunday’s “State of the Union,” the host bashed Graham for defending Trump despite “mounting evidence” that the president had pushed Ukraine to investigate former Vice President Joe Biden, a front-runner in the 2020 Democratic presidential primary.

“Grahams’ public statements on the matter have been confusing,” Tapper said, referring to allegations from State Department officials that Trump used military aid and an invitation to the White House as leverage in his efforts to get Ukraine to commit to investigating Biden.

“Coherence is not particularly evident in Chairman Graham’s position on this impeachment inquiry.” @jaketapper examines the political evolution of Sen. Lindsey Graham and the Ukraine scandal. #CNNSOTU pic.twitter.com/7yHxLUXUhp

Tapper showed a video clip of Graham, chairman of the Senate Judiciary Committee, stating in September that there was no evidence of a quid pro quo between Trump and Ukrainian President Volodymyr Zelensky, as a U.S. intelligence official suggested in a whistleblower complaint filed in August.

After the White House released a rough transcript of Trump’s July 25 phone call with Zelensky, Graham said it would be “very disturbing” if there was evidence Trump engaged in a quid pro quo outside the call.

“We now have reams of evidence,” Tapper said Sunday, as the camera showed him patting a stack of papers, “testimony from multiple Trump administration diplomats and national security officials ― current and former ― suggesting that outside that phone call … all were pushing Ukraine to investigate the Bidens if they wanted that aid and that White House meeting.”

But Graham suddenly has a “brand-new take” on the matter, according to Tapper. He then showed a video clip of the Republican senator calling Trump’s Ukraine policy “incoherent” and suggesting he was “incapable of forming a quid pro quo.”

“Coherence is not particularly evident in Chairman Graham’s position on this impeachment inquiry,” Tapper said.

Graham called on Democrats last month to release transcripts of the private testimonies provided by witnesses during the impeachment inquiry. When they did, Graham told reporters he wouldn’t read the transcripts anyway.

“I don’t care what anybody else says about the phone call,” he said Tuesday. “The phone call ― I’ve made up my own mind ― is fine.”

Tapper said CNN invited Graham to appear Sunday on “State of the Union,” but the senator’s office told the network he was “unavailable.” Graham did appear Sunday morning on Fox News, giving an interview to Maria Bartiromo, one of Trump’s most vocal supporters.

During the interview, Graham pushed his unsubstantiated theory that the whistleblower, whose identity has not been confirmed, is a member of the so-called deep state, a right-wing conspiracy theory that a network of bureaucrats within the government are working to undermine Trump.

He claimed the “only reason” the public doesn’t know the whistleblower’s identity is because Democrats believe it would “hurt their cause.” The whistleblower is protected by the Whistleblower Protection Act of 1989, which shields a federal worker who reports government corruption or wrongdoing from retaliatory actions.

A representative for Graham did not immediately respond to HuffPost’s request for comment.