Seth Meyers: Donald Trump Just Did The ‘Dumbest Thing I’ve Ever Seen In Any Arena’ 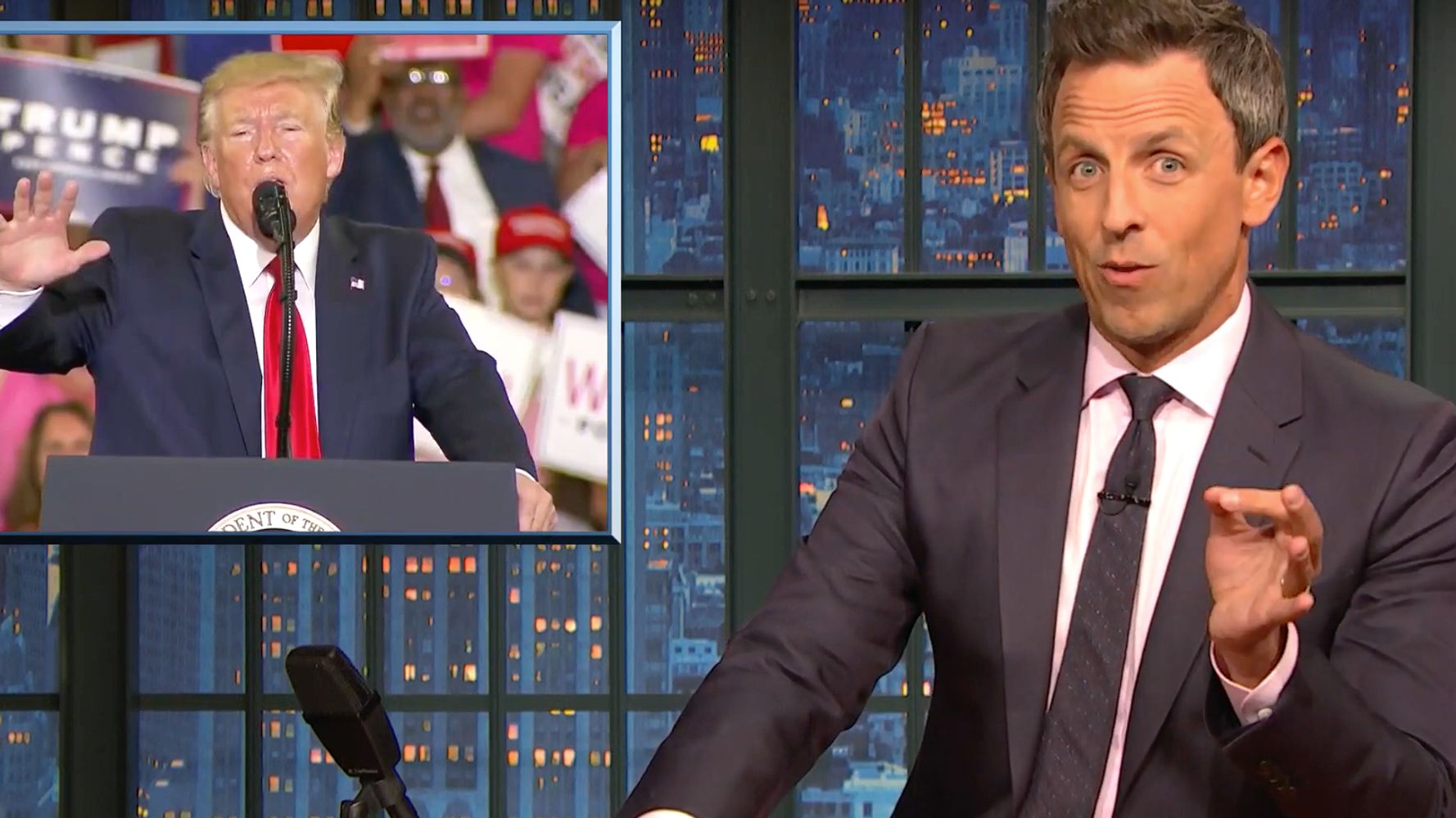 The host of NBC’s “Late Night” said the president asked a question during Monday’s rally “that has vexed and bedeviled academics for centuries, a question of such import that it could very well define Trump’s presidency in this country for decades to come.”

Namely, should he say “Made in America” or “Made in the USA?”

“That might be the single dumbest thing I’ve ever seen in any arena, and I’m including the time the Toronto Raptors mascot tried to skate down the stairs and fell flat on his face,” said Meyers.