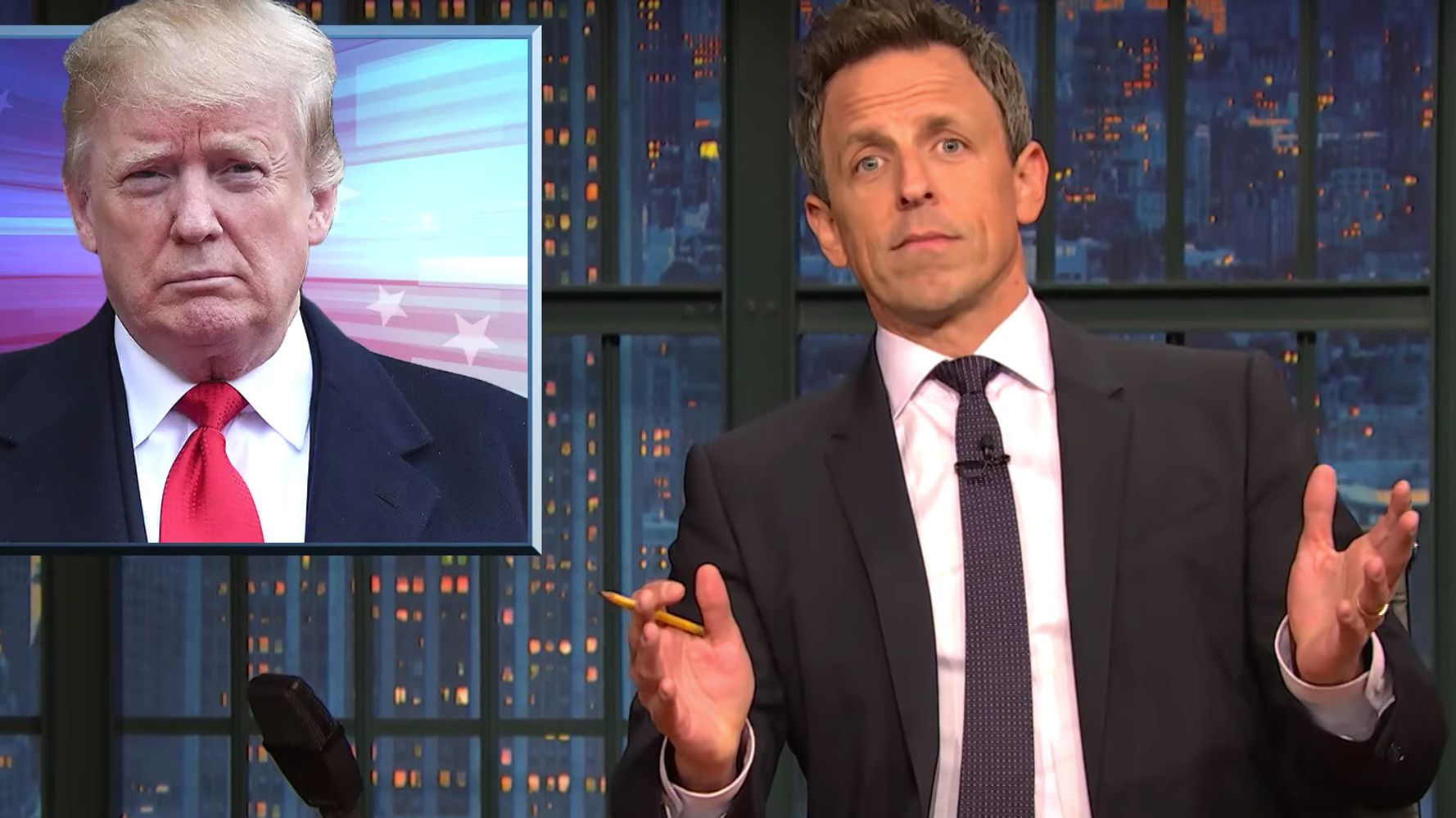 “You might think he’s just making up words or doesn’t know how to read, but that is not the case,” the “Late Night” host said. “You see, Trump doesn’t make errors. He makes discoveries. He’s like a scholar — spends all night scouring obscure 15th-century medieval texts looking for previously unknown words.”

“Trump is surrounded by so many sycophants that no one was willing to tell him ‘foistered’ is not a word — so he used it twice. Soon, his underlings are going to start using it too,” Meyers said.