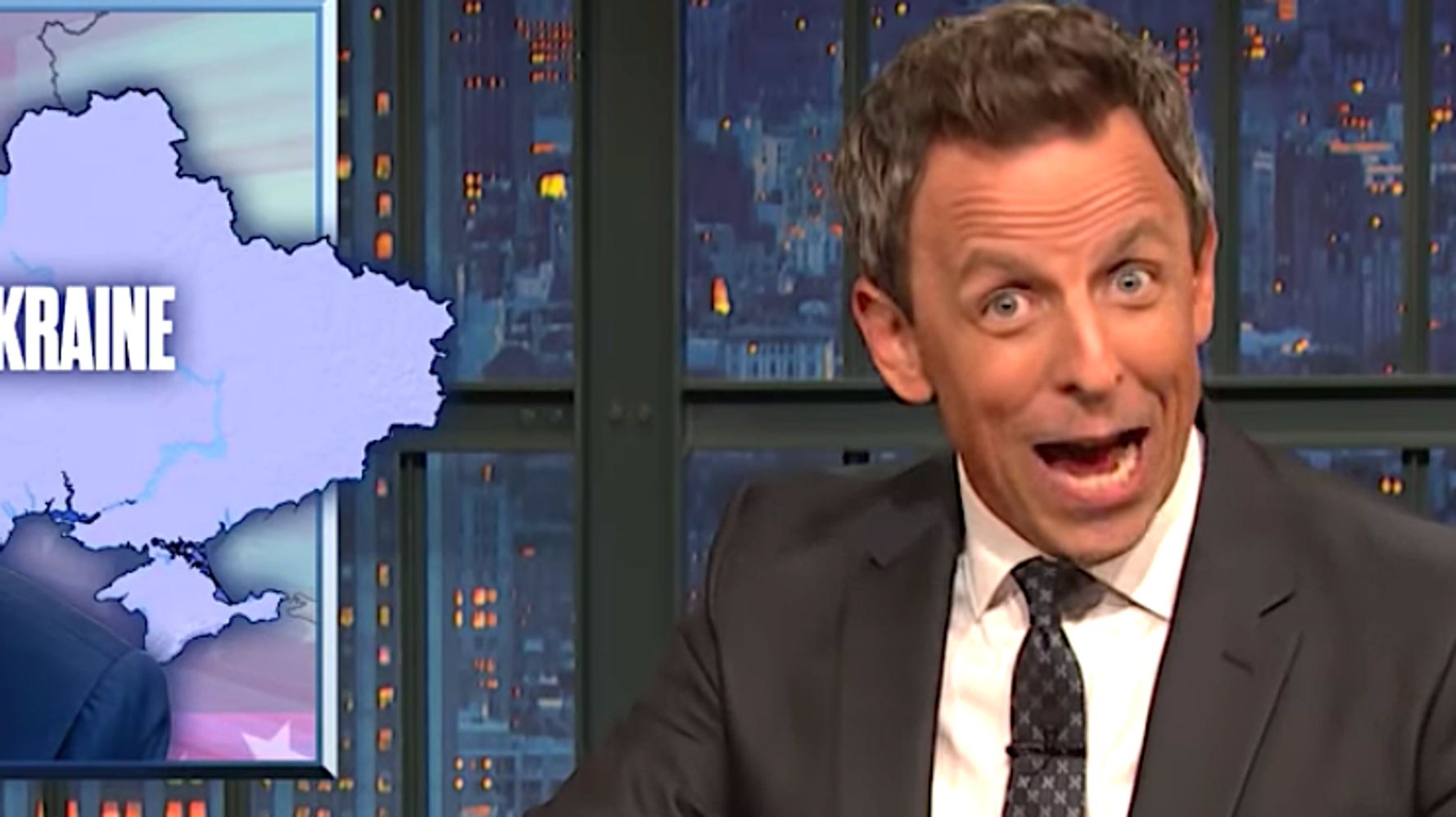 Seth Meyers said Monday he knows a “pretty obvious crime” when he sees one.

“He brought it up eight times on one phone call,” Meyers said of Trump. “Eight times makes it seem like a pretty obvious crime. It’s like if you went on trial for stabbing a guy and said, ‘It was an accident. He fell on the knife,’ and they said, ‘Eight times?’”