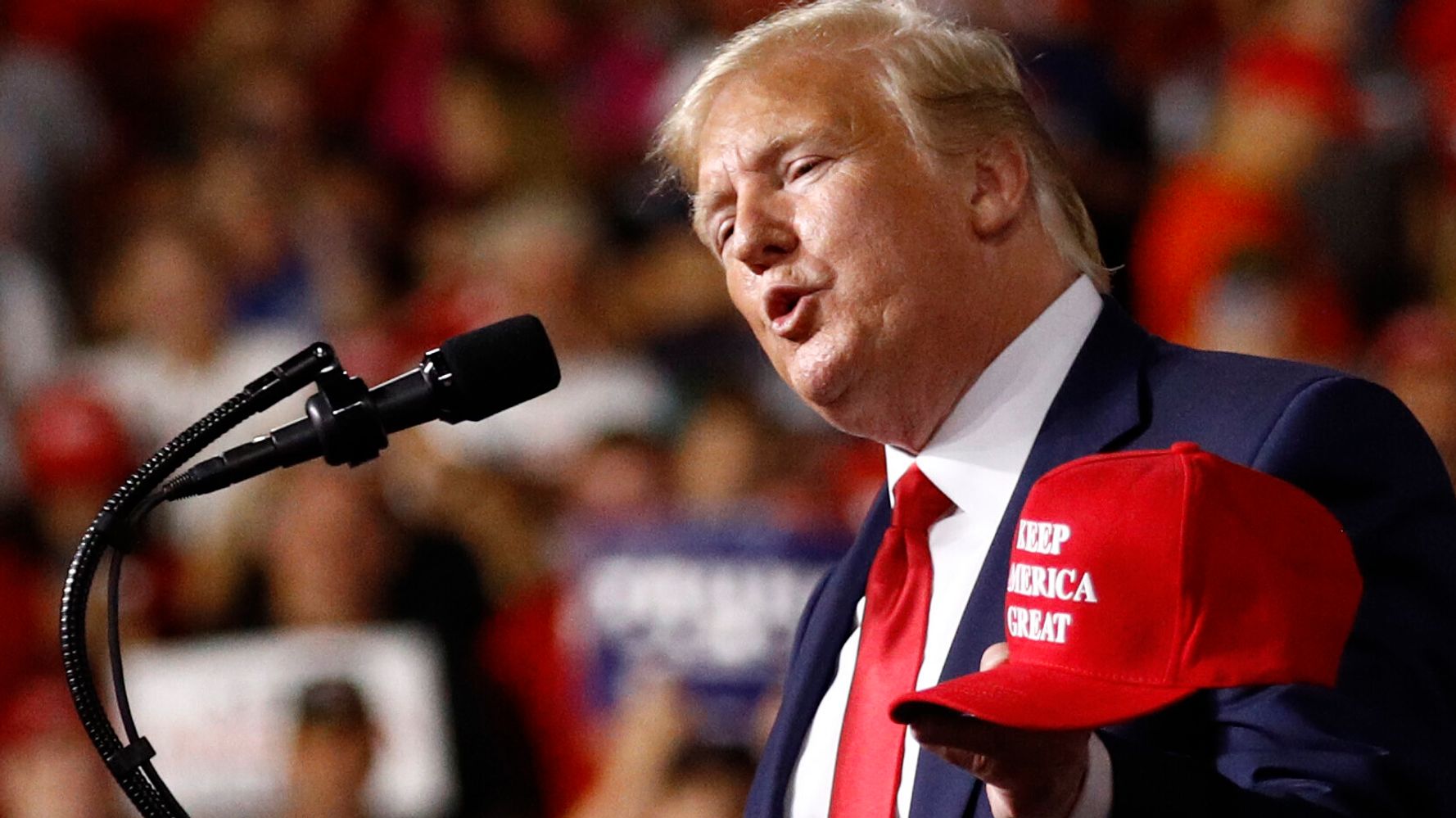 According to an analysis from the Daily Beast, which tallied the broadcast outlets that had published the articles, each of them appears to have initially linked to the Trump campaign store, though some of the links have since been removed. The campaign earns an estimated $8 for each hat sold, according to The Washington Post.

The strikingly similar stories appeared Thursday, many of them having originated from WRBG in Albany, New York. However, some stations wrote their own versions.

On Monday, a Twitter account tracking fundraising emails from Trump and the Republican National Committee shared a collection of screenshots of the stations’ tweets, showing that the outlets had promoted them online. Some of the posts asked followers if they would buy or wear the hat, which is a play on Trump’s signature “Make America Great Again” slogan.

A spokesperson for Sinclair told HuffPost that the story was first published by WRGB and “was then syndicated to its sister stations.”

“The decision to pick up a syndicated story is made at the local level and at no point was there any corporate-directive made regarding this story.”

Larry Curtis, social media director for KUTV in Salt Lake City, which ran its own writeup of the story, told HuffPost that his station was simply looking to appeal to its audience and point out the revision to the famous phrase.

“All we’re doing on our website is finding content that’s of interest,” he said. “It is in no way an endorsement. It’s nothing more than noting that this change happened.”

Unlike certain other outlets, KUTV has not removed its link to the campaign store, which Curtis defended as a relevant element of the story.

“If we talked about any group, we provide a link. If anyone wanted to find it, they can find it,” he said. “If it was some extreme Ku Klux Klan group, I suspect we wouldn’t link to that. It’s the internet. It’s not anyone’s call to say we’re going to hide it.”

Though Curtis said he wasn’t aware of any instances in which KUTV had covered Democratic Party merchandise, he felt the president’s red cap was an exception.

“I feel like there’s not anything that’s the equivalent of the Trump hat,” he said. “It’s a symbol. It’s this crazy divisive part of America right now.”

Sinclair, the country’s largest owner of local TV stations, has faced backlash from critics who have argued that it is pushing a conservative agenda while keeping a close watch on its employees.

In 2018, the company came under scrutiny when Deadspin released a video showing dozens of its anchors reading scripts condemning “fake news” and “false stories” at “some media outlets,” seemingly echoing Trump’s anti-press attacks.