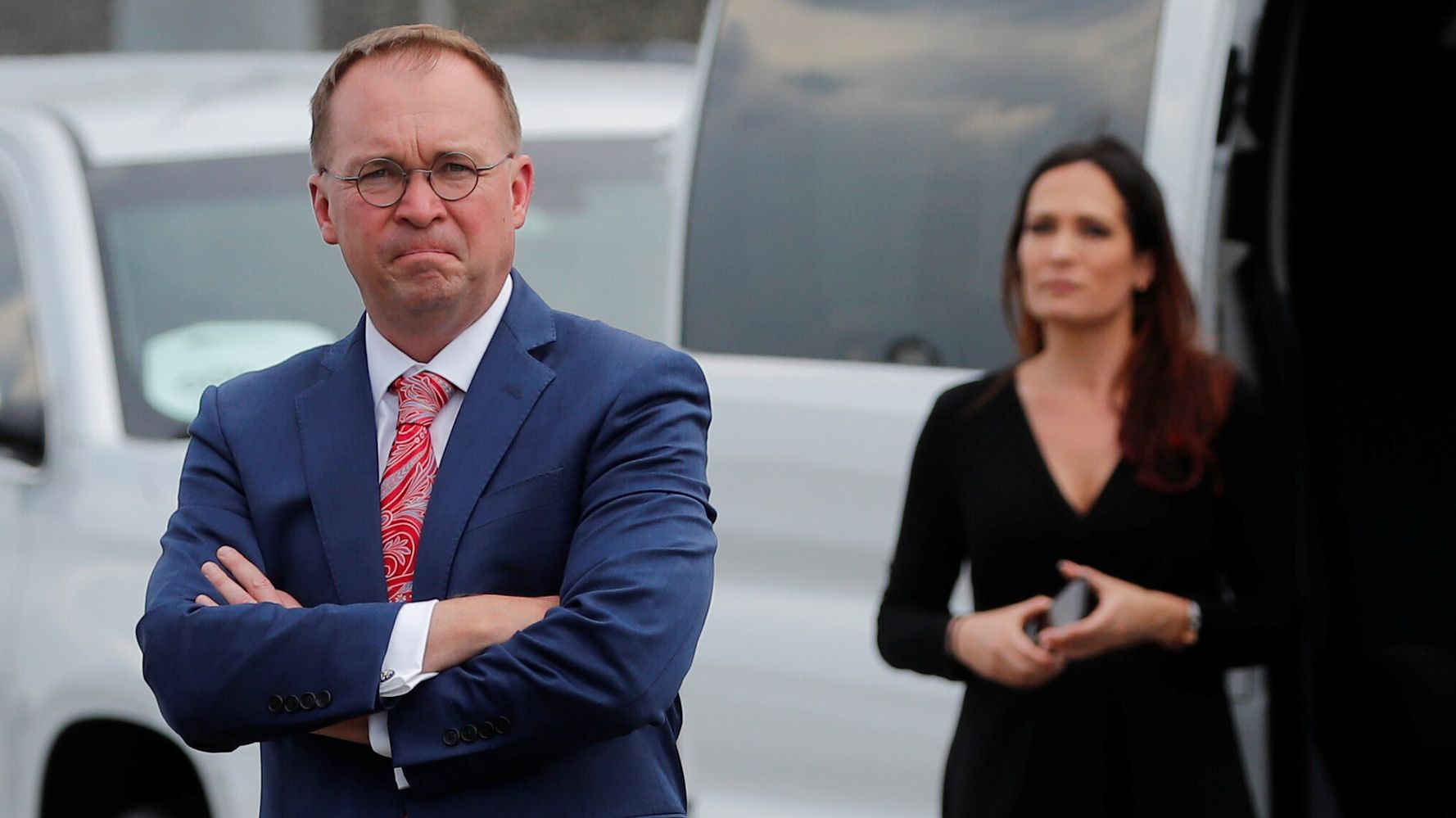 Amid the fallout from a press conference in which acting White House Chief of Staff Mick Mulvaney publicly admitted there was a quid pro quo with Ukraine, the Trump administration’s top spokesperson attempted some damage control on the president’s network of choice, Fox News.

Mulvaney’s Thursday briefing was, by nearly all media accounts, a disaster. But White House press secretary Stephanie Grisham insisted it was nothing short of a success.

“He was over there for more than 30 minutes, he took probably 40 questions, people were talking over one another, he did a great job,” she said Friday. “He mentioned the same message over and over and over, and now the media of course is ― we put a statement out clarifying some of the things that the media got themselves in a tizzy over.”

That “tizzy” was over Mulvaney’s acknowledgment ― despite numerous prior denials from President Donald Trump and his allies ― that the U.S. temporarily withheld military aid from Ukraine partly in an effort to spur its government to investigate American Democrats.

In Mulvaney’s remarks on Thursday, he said the decision to slow-walk the military funding was spurred by Trump’s concern that it would be improperly spent. However, he added that the president also mentioned “corruption that related to the [Democratic National Committee] server,” invoking a debunked conspiracy theory that Ukraine hacked the Democratic Party’s emails in 2016, rather than Russia as the U.S. intelligence community has determined.

“The look back to what happened in 2016 certainly was part of the thing that he was worried about in corruption with that nation, and that is absolutely appropriate,” Mulvaney added.

When ABC News correspondent Jonathan Karl pointed out that the chief of staff had just described a quid pro quo, Mulvaney bluntly replied, “We do that all the time with foreign policy.”

“I have news for everybody: Get over it,” Mulvaney added. “There’s going to be political influence in foreign policy.”

Grisham’s cleanup effort came after Mulvaney’s own attempt to undo his comments later on Thursday, claiming they had been misconstrued by the media “to advance a biased and political witch hunt against President Trump.”

“Let me be clear, there was absolutely no quid pro quo between Ukrainian military aid and any investigation into the 2016 election,” he said in a statement.

Meanwhile, Grisham has yet to hold an official daily press briefing, as was customary for most of her predecessors. Defending her absence from the podium, she told Fox News that her cable and print interviews are sufficient and that Trump “speaks for himself every day.”