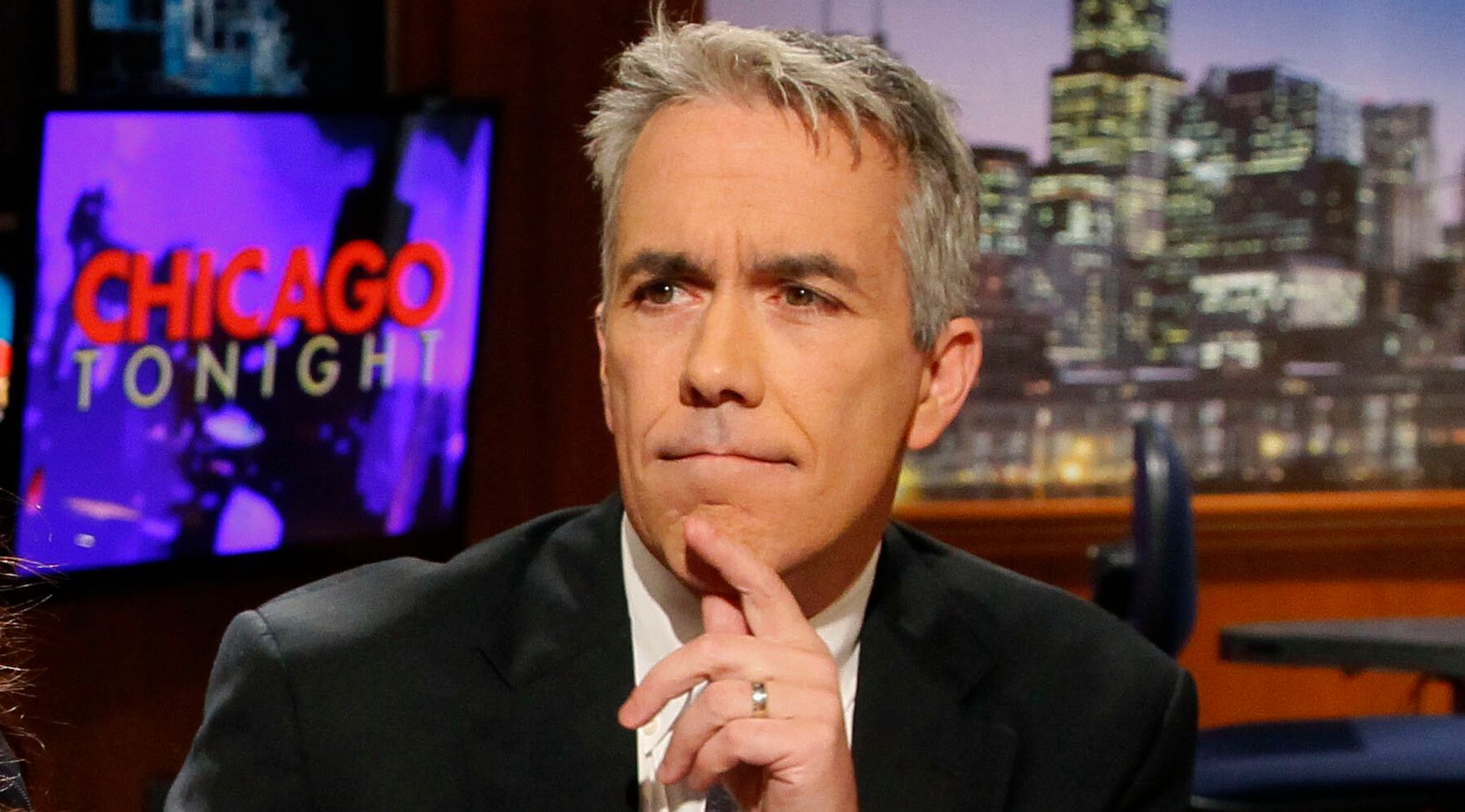 Walsh also apologized both for his own heated rhetoric over the years and for helping to elect Trump in 2016.

“In Mr. Trump, I see the worst and ugliest iteration of views I expressed for the better part of a decade. To be sure, I’ve had my share of controversy. On more than one occasion, I questioned Mr. Obama’s truthfulness about his religion. At times, I expressed hate for my political opponents. We now see where this can lead. There’s no place in our politics for personal attacks like that, and I regret making them.”

“If Trump loses, I’m grabbing my musket,” he wrote on Twitter, later saying it wasn’t a literal call to arms but a call to protest.

However, since the election, he’s turned into a persistent Trump critic from the right.

In the Times, he argued that Trump isn’t a conservative and that he’s vulnerable not just because he’s unfit for office but because of his poor record.

“He’s reckless on fiscal issues; he’s incompetent on the border; he’s clueless on trade; he misunderstands executive power; and he subverts the rule of law,” Walsh wrote. “It’s his poor record that makes him most worthy of a primary challenge.”

He noted that former Massachusetts Gov. William Weld, who is running against Trump in the Republican primary, is a centrist challenger. Instead, Walsh said, Trump could be vulnerable to a conservative opponent in the primary:

On Twitter, Walsh wrote that his column was both a call for someone to run against Trump and an apology for his own role in helping to elect him:

Why did I write this piece? Two reasons: First, I wanted to make clear that Donald Trump is unfit to be President, and he MUST be challenged in the Republican primary.

And second, I wanted to apologize for the role I played in helping to put an unfit con man in the White House. https://t.co/BzXJD4AfOf

Walsh was widely praised for the mea culpa:

It’s not easy looking back on our mistakes.
It’s even harder owning up to them.
Kudos, my friend.

It’s a fantastic piece on many levels. 👏

Joe, this is not nothing. Good on you.
You’ll catch hell for this principled decision, but you’re a good man for making it AND for the apology. Rare thing, that.

It was a great piece, Joe. And my tweet about excellence — the willingness to reflect and reassess — applies here. Thank you.

Thank you. Can’t imagine that’s an easy thing to do.

Thank you for apologizing Joe.

Joe, I don’t always agree with some of your Tweets, but you’re proving to be a real patriot. We need more Republicans to speak out. Great job. Thanks from Canada.

Better late than never. It’s good to see more and more people waking up to the monster that sits in the Oval Office. We need all the help we can get to save democracy and bring decency and clarity back to the United States. Thank you.

Apology accepted. This is all I’ve personally ever hoped for — an acknowledgement of the role words played in the rise of this insanity. And I believe you mean it and want to help restore something far better than we now have and face under this admin.

Hardly ever see eye to eye with you, but I have to say you are absolutely the only commentator with the balls to apologize, and you absolutely have my respect for that. Those who won’t (I’m looking at you, @JoeNBC) don’t deserve the time of day.

Never going to agree with you on the gun stuff, but this is solid. And the more full-on conservatives that start to hold up red flags, the more people in general might actually realize what we’re dealing with — and it’s a bipartisan threat.

Apology accepted. Now lets work together and get this madman out of our White House.