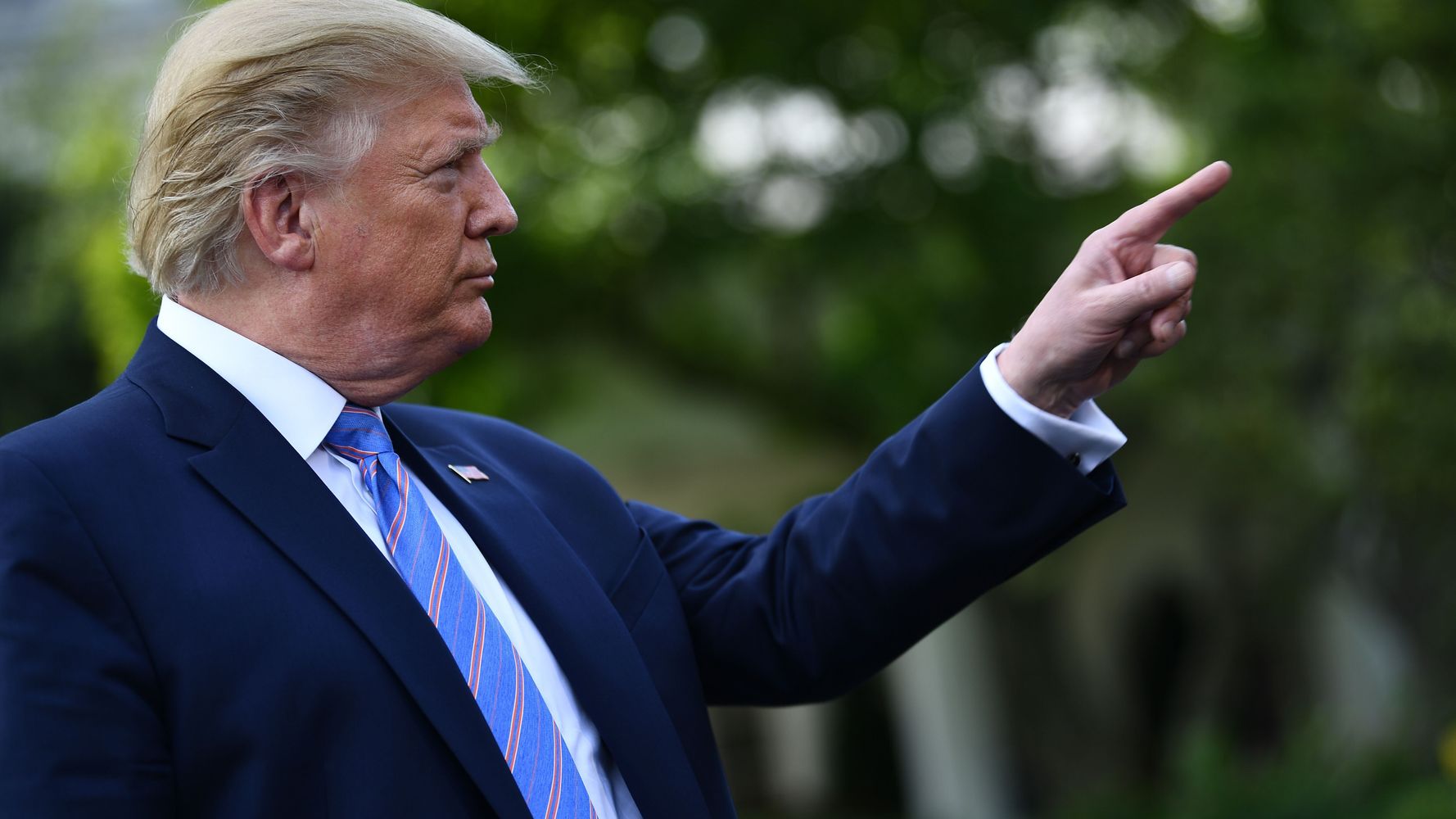 President Donald Trump’s stance on gun policy has wavered in a matter of weeks.

After back-to-back mass shootings in Texas and Ohio rocked the country earlier this month, Trump called background checks “important” and said he wanted to keep guns away “people with rage or hate, sick people. I don’t want to ― I’m all in favor of it.”

Then he reportedly told National Rifle Association CEO Wayne LaPierre on Tuesday that he wasn’t making any changes to the background check system, according to The Atlantic.

That same day, he warned of gun control’s “slippery slope” and said that existing background checks were “very, very strong,” though he noted there were “missing areas.”

On Wednesday, Trump jumped back to his previous stance on background checks, saying he had an appetite for them and that his administration would be pursuing them.

Trump’s position on guns fluctuated even before his 2016 presidential campaign. Here are some of the very different things he has said about gun policy over the years:

In 2000, Trump supported an assault weapons ban and a “slightly longer waiting period” to purchase guns.

Describing his gun policy views in his 2000 book “The America We Deserve,” Trump said he opposed gun control but supported a ban on assault weapons ― a stance he’d reverse during his 2016 presidential campaign.

Trump also suggested that a background check should occur within 72 hours.

From “The America We Deserve”:

I generally oppose gun control, but I support the ban on assault weapons and I also support a slightly longer waiting period to purchase a gun.

With today’s Internet technology, we should be able to tell within seventy-two hours if a potential gun owner has a record.

In “The America We Deserve,” Trump writes:

Democrats want to confiscate all guns, which is a dumb idea because only the law-abiding citizens would turn in their guns and the bad guys would be the only ones left armed. The Republicans walk the NRA line and refuse even limited restrictions.

He didn’t explain the issue further.

In 2011, Trump said he was against gun control because it doesn’t work.

In an interview for Rolling Stone’s May 26, 2011, issue, Trump said gun control does nothing to keep firearms out of the hands of “bad guys.”

He also said he owned a “handgun.”

“I’m against gun control for the reason, it doesn’t affect the bad guys, because they’re going to have guns. What kind of gun do I have? I’d rather not say. I have a gun. It’s a handgun, OK?”

Trump tweeted in 2013 that “background checks to weed out the sicko’s are fine.”

@LCBeaudoin Big Second Amendment believer but background checks to weed out the sicko’s are fine.

Trump spoke briefly at a protest against the SAFE Act, enacted by Gov. Andrew Cuomo (D), and noted that he had his own gun permit, the Times Union reported at the time.

The SAFE Act broadened requirements for background checks and requires mental health professionals to report patients they believe are dangerous.

The legislation was designed to prevent “criminals and the dangerously mentally ill from buying a gun,” and strengthened penalties for people who use illegal guns, according to the state website.

In 2015, Trump said the background check system needed to be fixed but not expanded.

On his campaign site in 2015, Trump said that gun and magazine bans are “a total failure.” He also said that criminals won’t go through background checks to obtain firearms and blamed states for “failing to put criminal and mental health records into the system.”

Too many states are failing to put criminal and mental health records into the system – and it should go without saying that a system’s only going to be as effective as the records that are put into it. What we need to do is fix the system we have and make it work as intended. What we don’t need to do is expand a broken system.

In 2016, Trump said he no longer supported banning assault weapons.

During a Republican presidential debate in March 2016, Trump changed his stance on assault weapons when moderator Bret Baier said he had previously supported a ban on them.

“I don’t support it anymore. I do not support the ban on assault [weapons],” Trump said.

Trump tweeted in 2016 that people on a terror watch list should be banned from buying guns.

In a June 2016 tweet, days after the Pulse Nightclub mass shooting, Trump said he was meeting with the NRA to discuss banning people on the terror watch list from purchasing guns in the U.S. Trump also noted his campaign was backed by the NRA.

I will be meeting with the NRA, who has endorsed me, about not allowing people on the terrorist watch list, or the no fly list, to buy guns.

Months later, during a presidential debate against Hillary Clinton, Trump said he agreed with the Democrat that those on a watch list should be prohibited from obtaining a firearm.

“I have the endorsement of the NRA, which I’m very proud of, these are very, very good people, and they are protecting the Second Amendment. But I think we have to look very strongly at no fly-lists and watch lists.”

Shortly after taking office, Trump signed a bill that undid Obama-era regulations that required the Social Security Administration to report disabled adults who received benefits through a representative due to mental impairment to the FBI’s criminal background check system.

In 2018, Trump told Parkland school shooting survivors that he was going to be “very strong” on background checks.

After a former student opened fire at a high school in Parkland, Florida, leaving 17 dead, Trump met with student survivors, parents and lawmakers and assured them that his administration was “going to be very strong on background checks.”

“We’re going to be doing very strong background checks,” Trump said. “Very strong emphasis on the mental health of somebody.”

In February 2019, Trump threatened to veto two Democrat-backed pieces of legislation that expanded federal background checks for gun sales, including purchases at gun shows and online.

The Trump administration argued that the legislation did not protect gun owners’ Second Amendment rights and imposed “burdensome requirements” on certain firearm purchases.

After mass shootings in El Paso and Dayton in early August that left 31 people dead, Trump said Republicans and Democrats needed to work together for “strong background checks,” but added that the proposed legislation could be combined with “desperately needed immigration reform.”

We cannot let those killed in El Paso, Texas, and Dayton, Ohio, die in vain. Likewise for those so seriously wounded. We can never forget them, and those many who came before them. Republicans and Democrats must come together and get strong background checks, perhaps marrying….

“We’re looking at the whole gun situation. I do want people to remember the words ‘mental illness.’ These people are mentally ill. And nobody talks about that,” Trump told reporters on Aug. 15.

“I think we have to start building institutions again,” he continued. “If you look at the ’60s and ’70s, so many of these institutions were closed. And the people were just allowed to just go onto the streets ― that was a terrible thing for our country.”

“We have to open up institutions,” Trump added. “We can’t let these people be on the streets.”

Enough With The False Rumors, Nikki Haley Has Just Inspired A Meme