Trump Appeals To Hispanic Voters During New Mexico Rally: ‘We Love Our Hispanics’ 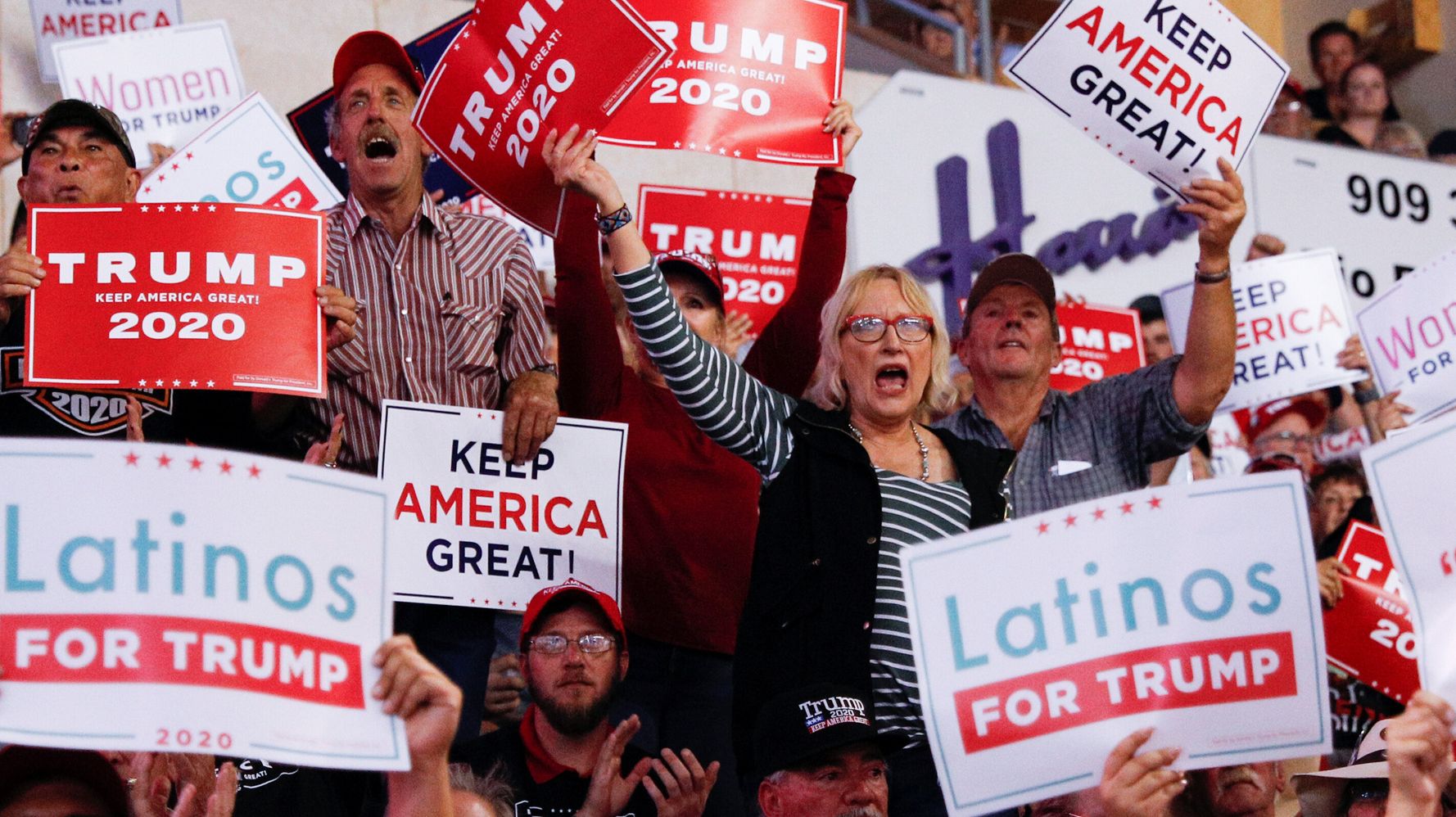 President Donald Trump, whose hardline approach to immigration has been a cornerstone of his presidency, made a fervent appeal to Hispanic voters during a campaign rally in New Mexico on Monday.

“We love our Hispanics,” he declared.

“Yesterday marked the beginning of Hispanic Heritage Month. Who is Hispanic here?” Trump asked the crowd during his wide-ranging address, prompting cheers and applause. Several people in the audience waved “Latinos for Trump” placards and donned T-shirts with the same message.

“Thank you ― incredible people,” Trump said of his Latino supporters.

“Yesterday marked the beginning of Hispanic Heritage Month… we have much to celebrate.” [email protected] pic.twitter.com/01dzVGdT4t

Trump touted the low employment rate and rising median income among Hispanic Americans and said his administration was “working night and day to deliver a future of limitless opportunity for our nation’s Hispanic American citizens, including many extraordinary Mexican Americans.”

Trump also claimed Hispanic Americans were big fans of his tough immigration policies, including his border wall along the U.S.-Mexico border.

In one viral moment, the president singled out one of his supporters ― Steve Cortes, a political commentator on CNN, who was at the event﻿.

“He happens to be Hispanic but I’ve never quite figured it out because he looks more like a WASP than I do,” Trump said of Cortes, using the abbreviation for a “white Anglo-Saxon Protestant.”

The president then asked Cortes: “Who do you like more ― the country or the Hispanics?”

“He says the country,” Trump continued. “I don’t know, I may have to go for the Hispanics, to be honest. We got a lot of Hispanics. We love our Hispanics! Get out and vote.”

Trump remarks on how white Steve Cortes looks for being Hispanic, then bizarrely asks him, “Who do like more — the country or the Hispanics? He says the country … I may have to go for the Hispanics to be honest … we love our Hispanics.” #wut pic.twitter.com/W37pDuKL12

Recent polls show that Trump — who has drawn scrutiny in the past for his racist rhetoric against Mexicans and Latin Americans more broadly — is faring poorly when it comes to Hispanic voters.

A Washington Post-ABC News poll last week found that only 25% of Hispanics approve of the job Trump is doing as president ― considerably lower than his overall approval rating of 38%. A CNN/SSRS poll, also conducted last week, showed Trump’s approval rating among Hispanic adults to be 29%.

Hispanic Americans are the largest minority in the United States — and New Mexico, which is almost half Hispanic, has the largest Hispanic population by percentage of any state.

Trump said during Monday’s rally that he was confident he could drum up enough support to “win the great state of New Mexico.”

He acknowledged, however, that “it’s been quite a while since a Republican won this state.”

New Mexico has voted for a Republican president only once since 1992. George W. Bush narrowly bested Democrat John Kerry in the state during the 2004 presidential race; Bush beat Kerry by less than 6,000 votes.

In 2016, Trump was defeated in New Mexico by Hillary Clinton 40% to 48%; and, according to Democrats in the state, the president will have little chance of changing his fortunes in 2020.