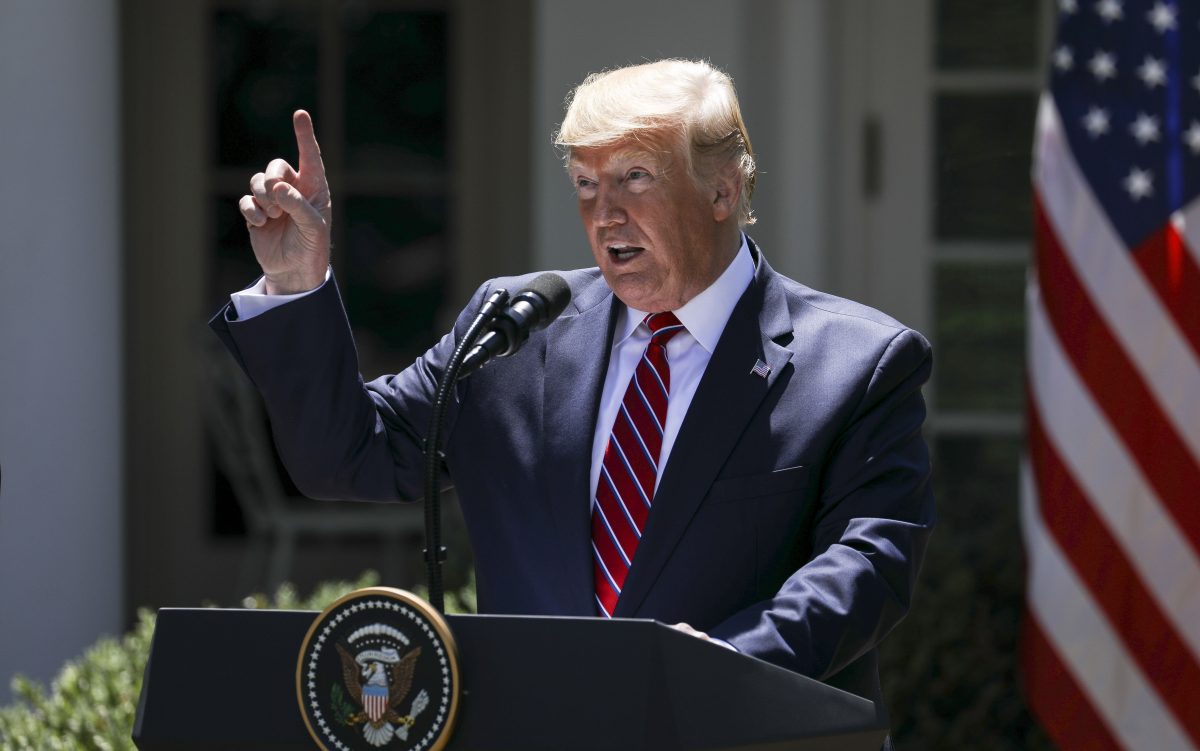 President Donald Trump has called for Congress to bring in strong background checks and immigration reform in response to two mass shootings over the weekend that left 29 people dead and dozens more injured.

“We cannot let those killed in El Paso, Texas, and Dayton, Ohio, die in vain,” Trump wrote on Twitter early Aug. 5. “Likewise for those so seriously wounded. We can never forget them, and those many who came before them. Republicans and Democrats must come together and get strong background checks, perhaps marrying this legislation with desperately needed immigration reform.”

“We must have something good, if not GREAT, come out of these two tragic events!” he added.

The nation is still grappling over the two separate shootings in Dayton, Ohio, and El Paso, Texas, in less than a 24 hour period.

In El Paso, Texas, Gov. Greg Abbott and law enforcement said 20 people were killed and 26 others wounded on Aug. 3 in a shopping center attack. The suspect is currently in custody and his motives are under investigation.

Meanwhile, in Dayton, nine people were killed, including the shooter’s own sister, and 27 more were wounded after a man clad in body armor fired into a downtown district on Aug. 4. He was shot dead by police shortly after opening fire. A motive wasn’t immediately clear.

Trump condemned the mass murders in an Aug. 4 proclamation that honored the victims while ordering the U.S. flag to be flown at half-staff at the White House and all other public buildings.

“We condemn these hateful and cowardly acts,” Trump said in the proclamation. “Through our grief, America stands united with the people of El Paso and Dayton. May God be with the victims of these two horrific crimes and bring aid and comfort to their families and friends.”

“Our nation mourns with those whose loved ones were murdered in the tragic shootings in El Paso, Texas, and Dayton, Ohio, and we share in the pain and suffering of all those who were injured in these two senseless attacks,” he said.

The president also told reporters in Morristown, New Jersey, on his way back to Washington on Aug. 4, that he vowed to take care of the problem and that “hate has no place in our country.”

U.S. President Donald Trump denounced the two mass shootings in Ohio and Texas while speaking to reporters in Morristown, New Jersey, on his way back to Washington, Sunday, August 4. He said, “hate has no place in our country,” and that “we’re going to take care” of the problem. pic.twitter.com/BJ4a9Lru8x

Trump previously said he wanted to bring in “very strong on background checks” and focus on the mental health of potential gun buyers after meeting survivors and family members of the Parkland, Florida shooting.

Earlier this year, the House passed two bills to bolster background checks on firearms purchases. One of the bills allows a review period of up to 10 days for background checks, while the other requires federal background checks for all gun sales and transfers, including those sold online and at gun shows. But the White House said it would veto the Democrat-led bills as they do not sufficiently protect gun owners’ Second Amendment rights.

Trump has passed several measures in addressing gun violence and mass shootings in the past. In 2018, the Trump administration enacted the Fix NICS Act, which strengthens the background checks for firearm purchases, and the STOP School Violence Act, which improves school security “by providing students and teachers with the tools they need to recognize, respond quickly to, and prevent acts of violence,” according to the Bureau of Justice Assistance.

Moreover, Trump signed a memorandum in February last year directing the Justice Department to ban all bump stock devices and other devices that “turn legal weapons into machine guns.”

Epoch Times reporter Bowen Xiao and The Associated Press contributed to this report.