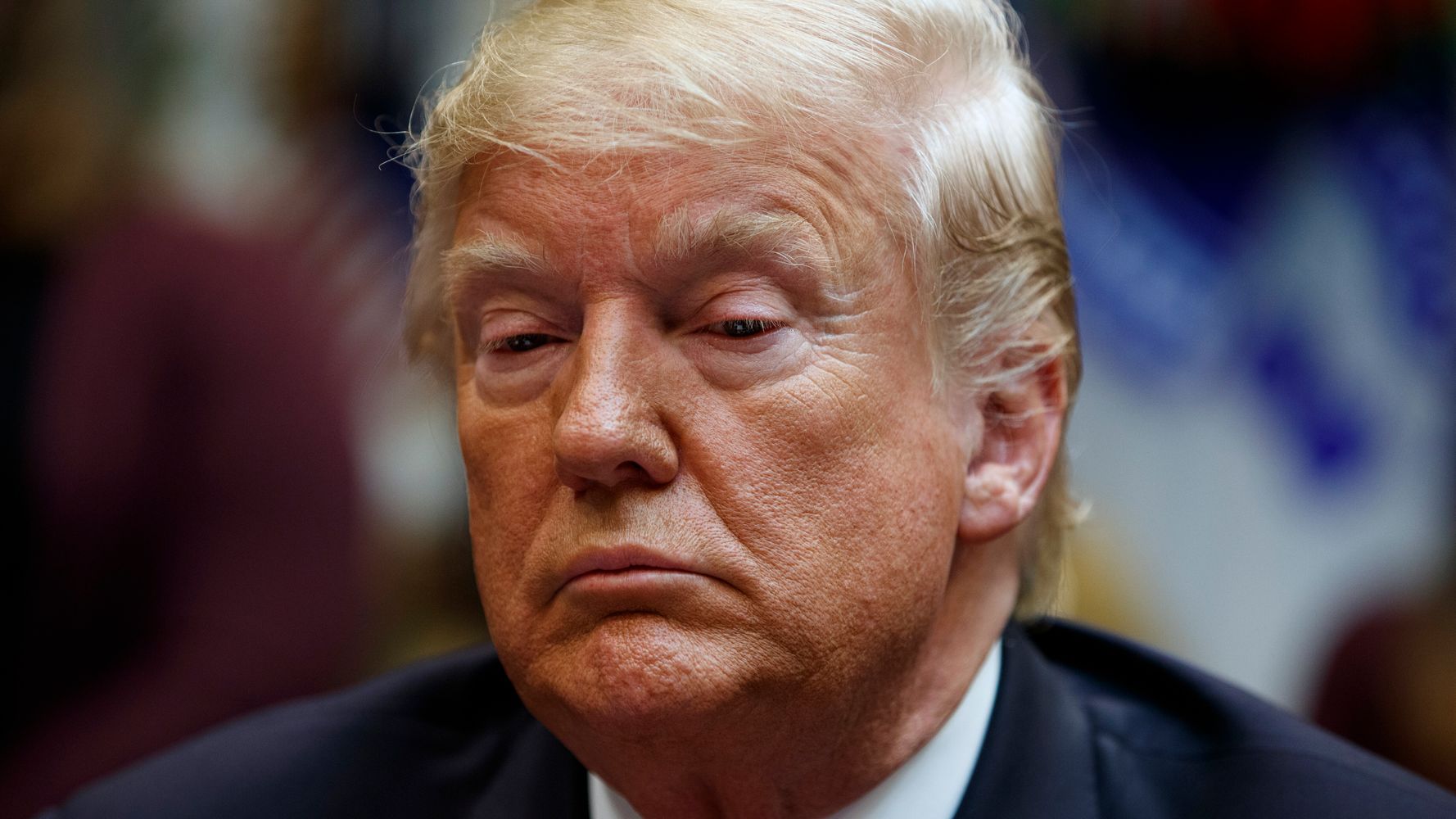 President Donald Trump reportedly decided to reverse plans to hold the Group of Seven summit at his Florida golf resort after Republicans told him they would not be able to support his decision.

GOP lawmakers told Trump they would be unable to defend his plan to host the gathering of global leaders at his own Doral property, especially after facing questions regarding his ties with Ukraine and his decision to pull U.S. troops from Syria, The Wall Street Journal and the New York Times reported Sunday.

The White House did not immediately respond to HuffPost’s request for comment. The president on Sunday afternoon claimed he decided not to hold G-7 at Doral because of Democrats and the news media.

So interesting that, when I announced Trump National Doral in Miami would be used for the hosting of the G-7, and then rescinded due to Do Nothing Democrat/Fake News Anger, very few in Media mentioned that NO PROFITS would be taken, or would be given FREE, if legally permissible!

On Thursday, White House acting chief of staff Mick Mulvaney told reporters that Trump planned to host next year’s G-7 summit at the Trump National Doral, dismissing concerns that the president would personally profit by holding a political event at the resort near Miami. The announcement brought bipartisan condemnation from people who called the move is inappropriate, corrupt and probably illegal.

Trump is the sole beneficiary of a trust that now owns the Trump Organization family business, which means the summit would have likely enriched Trump with millions of dollars. Holding the event at the property would have violated at least one of the Constitution’s emolument clauses, ethics experts said.

Two days after Mulvaney’s announcement, Trump changed his mind, blaming the news media and Democrats. His reversal comes amid wavering support from his own political party. The president currently faces a House impeachment inquiry led by Democrats.

White House aides reportedly told Trump that his plans to discuss foreign policy at the summit would be overshadowed by the controversy of the location. Republicans also called the White House after Mulvaney’s press conference Thursday to complain that the chief of staff’s comments effectively admitting to holding military aid to Ukraine made it extremely difficult to defend the president, according to the Journal.

“To be clear, what you described is a quid pro quo” — Here’s Mick Mulvaney casually admitting that Trump held up aid to Ukraine as leverage to get the Ukrainian government to investigate the 2016 election pic.twitter.com/ylz7BKEmKd

Mulvaney told White House reporters last week that military aid to Ukraine was delayed partly because Trump wanted the country’s officials to look into a security company hired by the Democratic National Committee that found that Russia had hacked the DNC’s server in 2016.

“That’s why we held up the money,” Mulvaney said, effectively admitting a quid pro quo. “We do that all the time. … Get over it.”

The question of a quid pro quo is at the center of the House impeachment inquiry into Trump.

Only on FOX News Sunday: Mick Mulvaney reacts to the president’s decision to scrap the G7 summit at his Doral resort: “At the end of the day he (the President) still considers himself to be in the hospitality business.” Exclusively on FOX News Sunday. Check your local listings. pic.twitter.com/vYfJCwPtJK

The acting chief of staff tried to walk back his comments hours after he made them, and again on “Fox News Sunday” with Chris Wallace. But the television appearance ended up backfiring when Mulvaney said that Trump “still considers himself to be in the hospitality business” in an effort to defend the president’s decision to host the G-7 summit at Doral.

The comments only caused further concern that Trump is using the presidency to further his business interests.