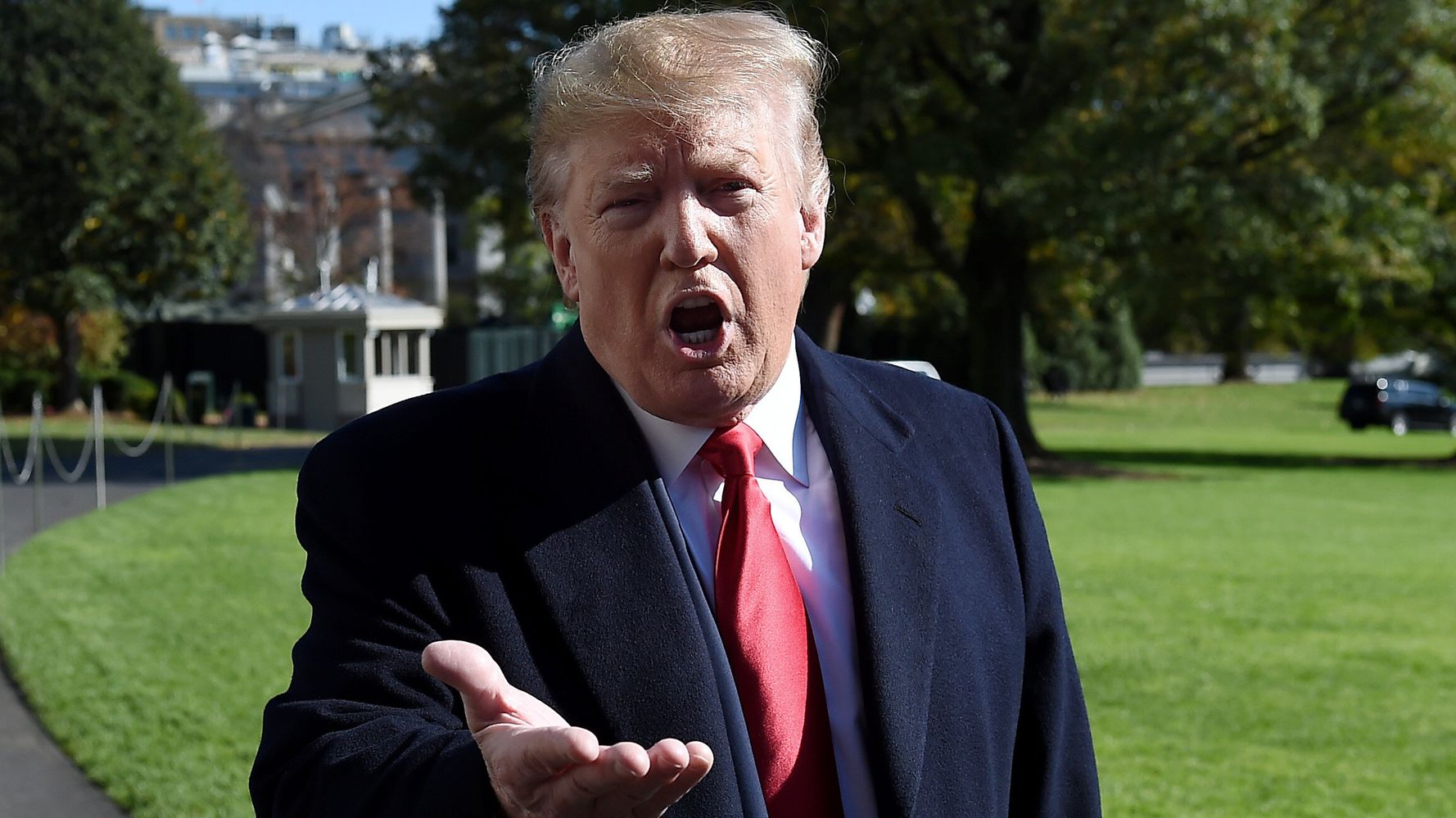 President Donald Trump lied to his supporters on Friday about something taking place before their very eyes.

During a rally in Mississippi, Trump claimed that the light on a CNN camera “went off’ while he was attacking the network and that meant he was being yanked from the air. But CNN said the camera’s light was never on ― it’s permanently off, even when taping ― and the event wasn’t being carried live in the first place.

Trump was attacking Anderson Cooper as a “third-rate person” and calling the network “the worst” when he interrupted himself.

“Oh, the light just went off, see?” he said, holding his hand to his forehead to mime looking off into the distance. Then he pointed at the camera. “Look!”

He continued, again holding his hand to his forehead:

The light was on, they just turned. They don’t like it. It’s tough. You’re fake, CNN. No, it’s tough. I tried not to do that because I see their light on. Y’know when their light goes on, that means you’re live.

He repeated the claim about the light several times.

CNN replied on its website that it wasn’t broadcasting live from the rally, nor providing live pool coverage to other networks, and said its camera never stopped recording.

“CNN’s photojournalist on the scene did not stop recording at any point in the speech,” the network said. “And the light on his camera is set so that it does not go on and off at all.”

The network also noted that it was at least the eighth time Trump lied about a light on one of the network’s cameras going off during a speech.

“This is the president looking his supporters in the eye and telling them that something in that very room that they are all sharing together is happening when it’s not,” CNN fact-checker Daniel Dale said on “Reliable Sources” Sunday. “I think this is egregious lying and not just because I now work for CNN.”

The moment calls to mind the time Trump told supporters not to trust their own eyes.

“Just remember,” he said in July 2018. “What you’re seeing and what you’re reading is not what’s happening.”

Pres. Trump says “this is the time” for tariffs: “This country is doing better than it’s ever has before, economically…It’s all working out. Just remember: what you’re seeing and what you’re reading is not what’s happening.” https://t.co/aRY8xSowuo pic.twitter.com/shX65JiNMs