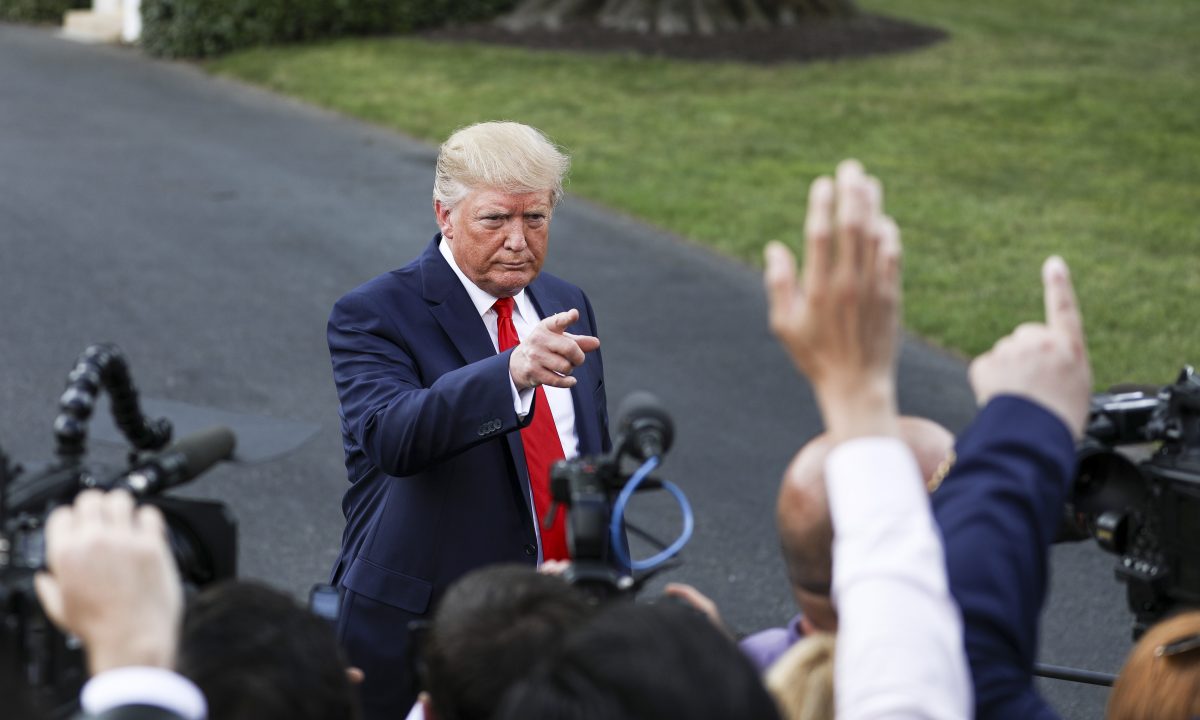 WASHINGTON—The Trump administration froze all Venezuelan government assets Monday after he cited foreign involvement in supporting the illegitimate socialist administration of Nicolás Maduro by Russia and China on Aug. 1 and hinted at further action.

The ban blocking American companies and individuals from doing business with the Maduro regime and its top supporters, which takes effect immediately, is the first of its kind in the western hemisphere in over three decades, following an asset freeze against Gen. Manuel Noriega’s government in Panama and a trade embargo on the Sandinista leadership in Nicaragua in the 1980s.

While the order falls short of an outright trade embargo—notably, it spares Venezuela’s still sizable private sector—it represents the most sweeping U.S. action towards Venezuela since the country’s national assembly voted to recognize Juan Guaidó as its rightful leader in January.

More than 100 officials and government insiders have also had their U.S. assets frozen and blocked from doing business with Americans. As part of the executive order, Americans or U.S. companies that do business with such individuals face penalties. The same Maduro supporters will also be banned from entering the U.S.

Exceptions will be allowed for the delivery of food, medicine, and clothing. It’s unclear how the actions will affect American oil giant Chevron, which last month received a three-month exemption from the U.S. Treasury to allow it to continue drilling for oil with state-run oil monopoly PDVSA.

The executive order signed by President Donald Trump also cited Maduro’s “continued usurpation of power” after Guaidó’s election, and the human rights abuses by security forces loyal to him.

U.S. National Security Adviser John Bolton hinted earlier Monday that far-reaching U.S. action was close at hand. Speaking to reporters on the eve of an international conference in Peru to show support for Guaidó, he said that the U.S. was readying measures “that will show the determination that the United States has to get a peaceful transfer of power.”

The measures are likely to exacerbate the suffering in the long moribund economy of Maduro’s Venezuela, marked by six-digit hyperinflation and a deep, multi-year contraction that surpasses that of the Great Depression in the United States.

Previous sanctions targeting the South American nation’s oil industry, the source of almost all of its export earnings, have already accelerated a crash in oil production that started with Maduro’s election in 2013 following the death of his mentor Hugo Chavez.

“Any individual, company, institution or nation that tries to do business with the regime will be seen by the international justice system as collaborating with and sustaining a dictatorship,” Guaidó said in a series of late-night Tweets. “They will be subject to sanctions and considered an accomplice to crimes.”

The Maduro government has yet to respond.

Bolton and U.S. Commerce Secretary Wilbur Ross are representing the United States at what host Peru has dubbed the International Conference for Democracy in Venezuela, a gathering of 59 nations that with few exceptions back Guaidó and consider Maduro’s re-election last year to be fraudulent.

Moments after the executive order was announced, Bolton tweeted that he was looking ahead to what he hopes will be a “productive” day in Lima, Peru.

By Joshua Goodman and Deb Riechmann. With reporting by The Epoch Times staff.