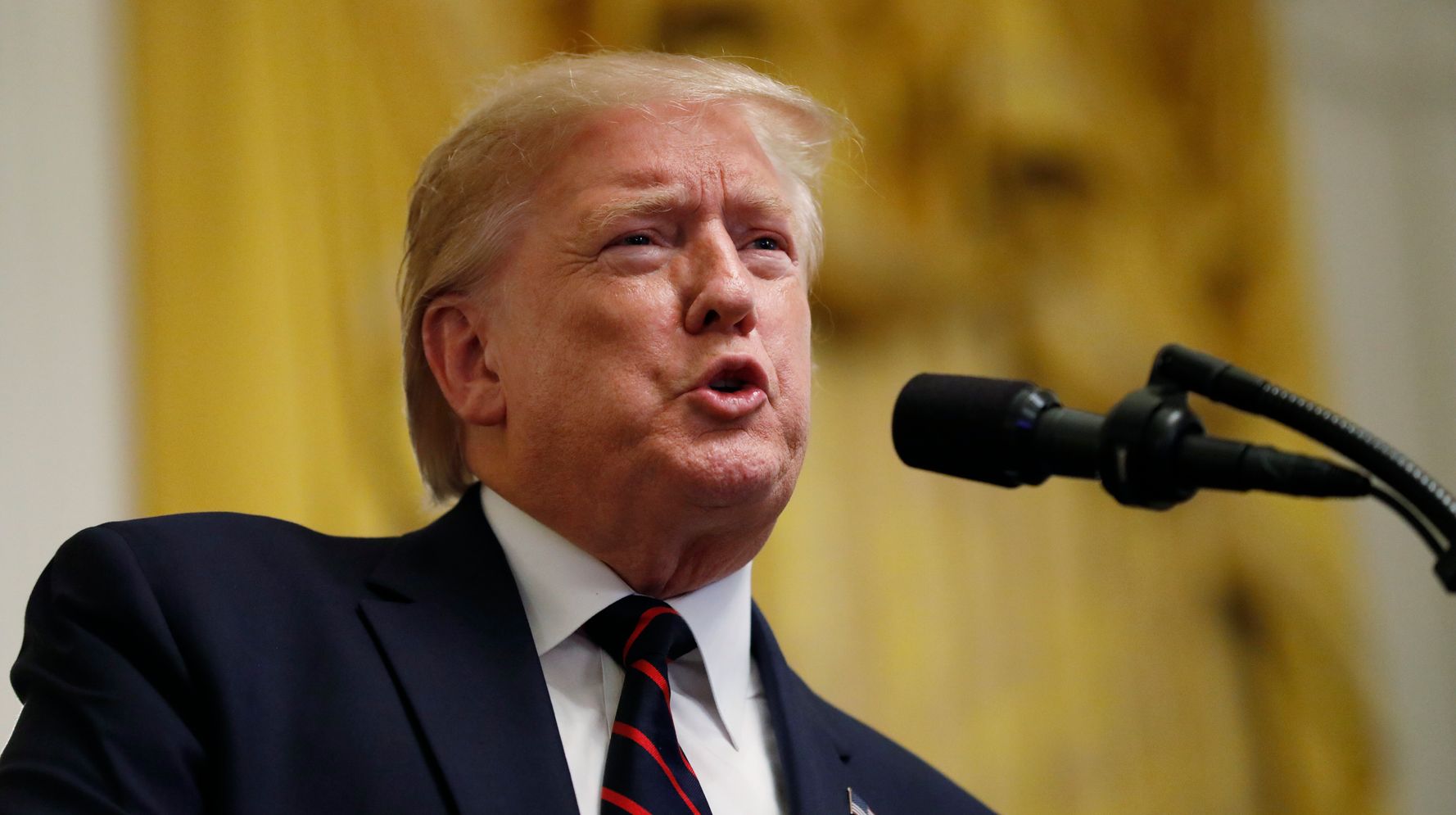 President Donald Trump on Monday pushed a debunked conspiracy theory about the rules regarding whistleblower reports as the House gears up for an impeachment inquiry into his dealings with Ukraine.

“WHO CHANGED THE LONG STANDING WHISTLEBLOWER RULES JUST BEFORE SUBMITTAL OF THE FAKE WHISTLEBLOWER REPORT?” tweeted the president, before firing off another tweet: ”#FakeWhistleblower.”

House Speaker Nancy Pelosi (D-Calif.) announced a formal impeachment inquiry Tuesday in response to a whistleblower complaint filed last month by a U.S. intelligence official who alleged wrongdoing by Trump. The whistleblower stated in his complaint that he received the information secondhand from several White House aides and government officials.

Trump and his Republican defenders have tried to smear the credibility of the whistleblower, who has not been publicly identified, by claiming he’s a partisan hack and falsely accusing the U.S. intelligence community of secretly changing the rules about whistleblower reports ahead of the Ukraine complaint.

The theory appeared to stem from a report from conservative website The Federalist, which claimed Friday that the whistleblower complaint form had been suspiciously updated to allow secondhand information when reporting.

But experts say whistleblowers have been allowed to report on secondhand information all along, according to The Daily Beast.

“There’s never been a requirement that a whistleblower have firsthand knowledge of what they’re reporting,” Irvin McCullough, an investigator at the nonprofit Government Accountability Project, told the outlet. “They need to have a reasonable belief.”

McCullough said firsthand information is typically gathered by the inspector general for the U.S. intelligence community, adding that he believes that’s what occurred with the Ukraine complaint.

Intelligence Community Inspector General Michael Atkinson reviewed the complaint last month and determined it was “credible” and of “urgent concern.” Acting Director of National Intelligence Joseph Maguire also found the complaint “credible” and said he believed the whistleblower had “acted in good faith” and “followed the law.” Both Atkinson and Maguire were appointed to their positions by Trump.

Trump also asked the Ukrainian president to look into Crowdstrike, the cybersecurity company hired to investigate the 2016 cyberattack against the Democratic National Committee.

Giuliani has claimed that Crowdstrike falsely accused the Russians of carrying out the cyberattack and that Ukraine was actually behind it. There’s no evidence to support these allegations and multiple U.S. intelligence agencies have determined Russia was responsible for the hack.

Tom Bossert, a former homeland security adviser to Trump, told ABC News on Sunday that there’s “no validity” behind the Crowdstrike conspiracy and that it has been “completely debunked.”

The whistleblower, reportedly a C.I.A. analyst, says Trump may have withheld military aid to Ukraine as leverage and that the White House stored records of the phone call in a classified electronic system as part of a cover-up.

Trump has called the whistleblower “fake,” accused his sources of acting like spies and suggested the complaint amounted to “treason.” The whistleblower’s attorneys have requested federal protection because they say their client fears for his life.