Trump Pushes Media To Unmask Whistleblower: ‘You Know Who It Is’ 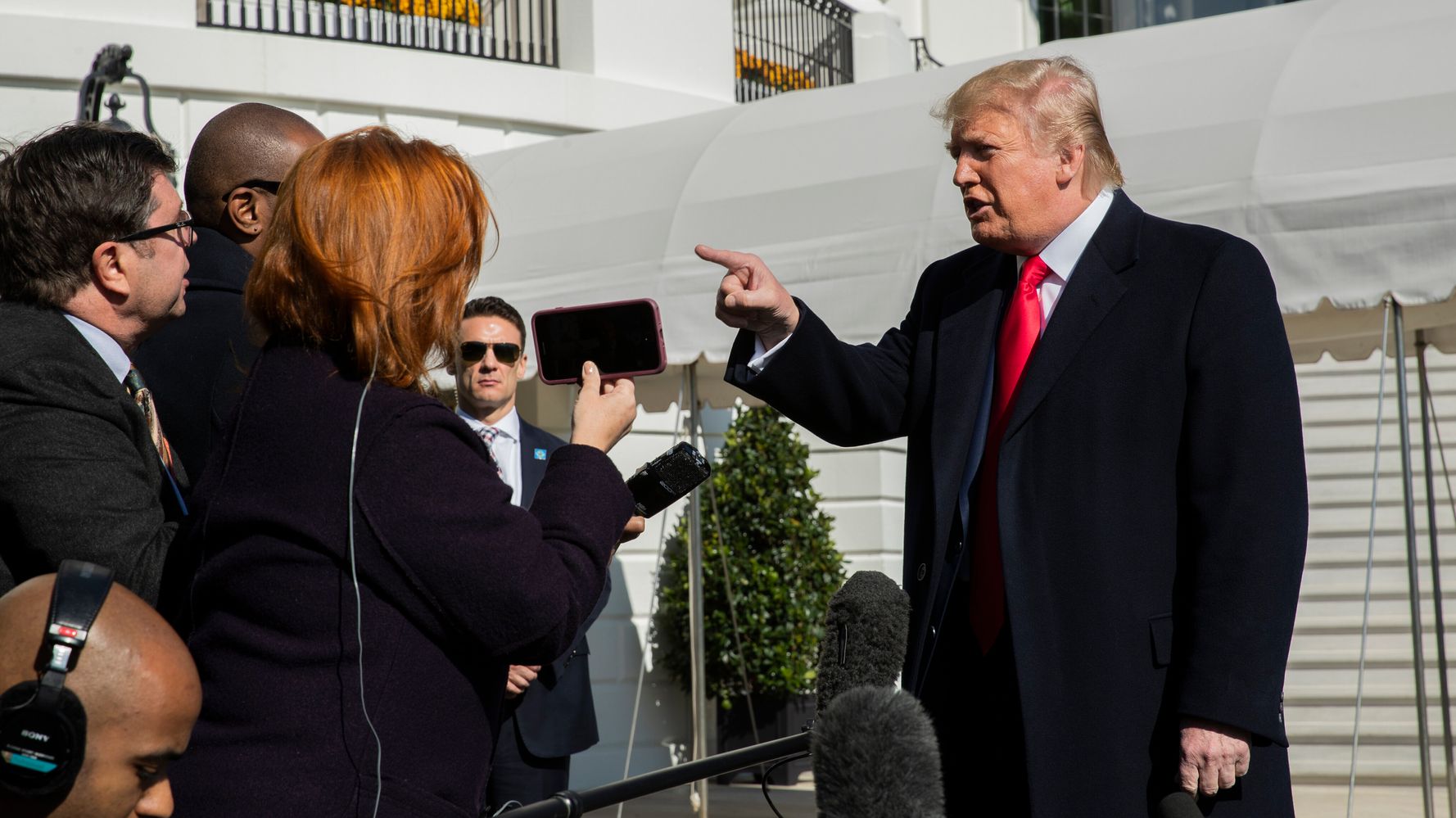 President Donald Trump is urging the media to expose the identity of a whistleblower who reported his now-infamous July 25 phone call with the Ukrainian president, which has become the cornerstone of House Democrats’ impeachment inquiry.

“I don’t know why the media is not on it because the whistleblower gave a very inaccurate report about my phone call,” Trump told reporters outside the White House on Sunday.

The president then claimed, without evidence, that the press is already aware of the anonymous individual’s identity.

Trump just demanded that the media out the Ukraine whistleblower. pic.twitter.com/BYcE0zCtF5

Trump has repeatedly demanded that the whistleblower ― a member of the intelligence community ― be revealed for reporting the phone call with Ukrainian President Volodymyr Zelensky. According to a summary of the conversation, Trump pressed Zelensky for help with a probe of former Vice President Joe Biden and his son based on unfounded corruption allegations. Andrew Bakaj, one of the whistleblower’s attorneys, has argued that his client is entitled to remain anonymous.

The White House’s own account of the Trump-Zelensky conversation does not contradict the whistleblower’s story.

Trump followed up his remarks with a tweet, claiming that the media is “working hard” to hide information on the whistleblower’s identity from the public.

The Fake News Media is working hard so that information about the Whistleblower’s identity, which may be very bad for them and their Democrat partners, never reaches the Public.

In his remarks, Vindman said he is not the whistleblower who filed a complaint about Trump’s call, but that he reported the conversation out of concern that it could “undermine U.S. national security.”

Trump Now Admits ‘You Can Cut Through Anything,’ Including ‘Impenetrable’ Border Wall

Trump Refuses To Guarantee No Shutdown Over Impeachment: ‘We’ll See’