Trump Rails Against Obama During Rambling Hannity Chat: ‘They Could’ve Impeached Him’ 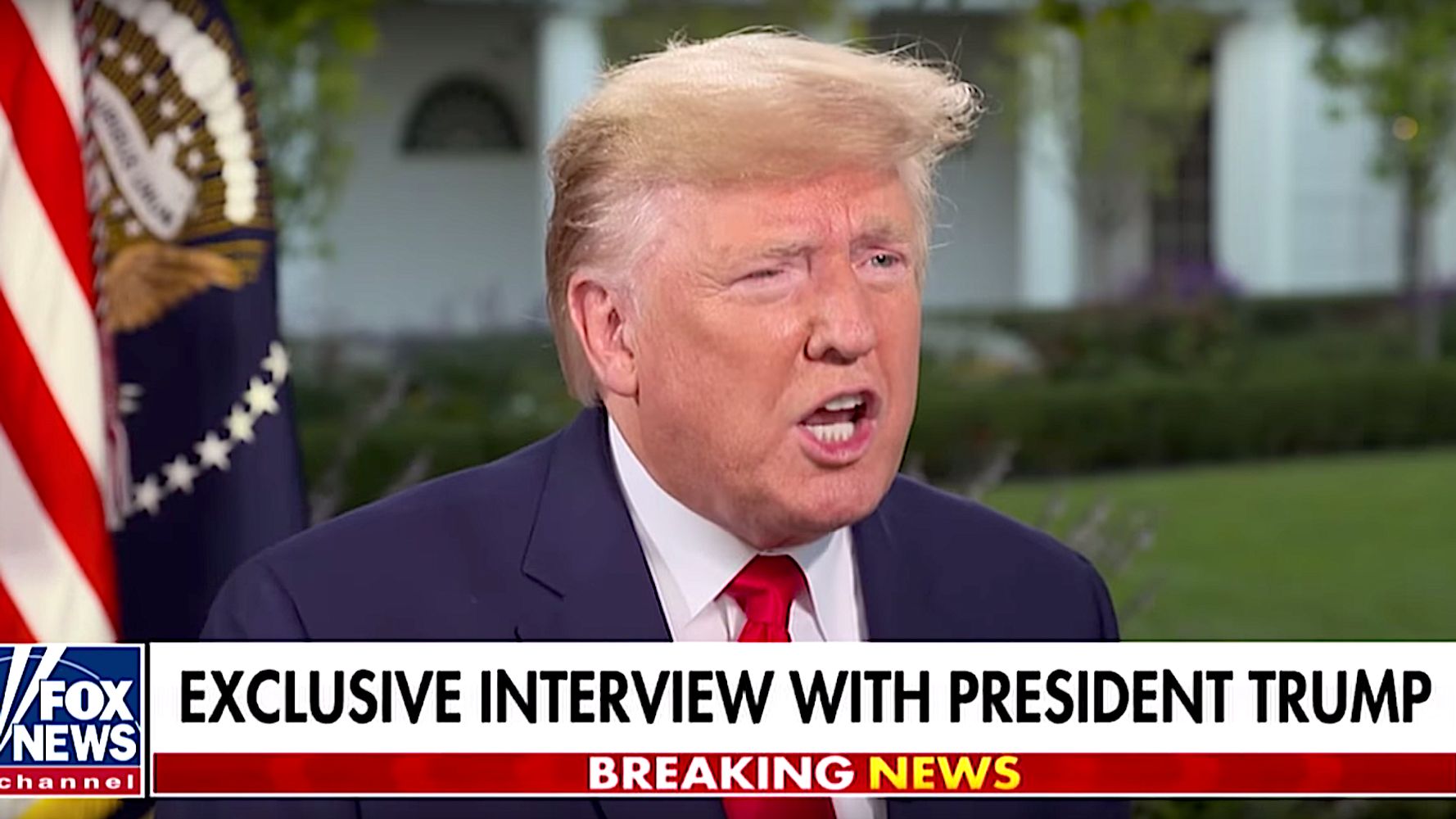 President Donald Trump railed against “vicious” Democrats and the “crazy” impeachment inquiry they’ve launched against him during a rambling conversation with Fox News’ Sean Hannity that aired Monday.

Urging the GOP to “get tougher,” Trump told Hannity that Republicans “would never do anything like this,” referring to the impeachment probe. Republicans could have impeached former President Barack Obama “for many different things,” Trump said — but “they never even thought of impeaching him.”

The “killed him” remark appears to have been a slip of the tongue.

During Obama’s tenure, the Internal Revenue Service was accused of singling out tea party organizations and other conservative groups seeking tax-exempt status and subjecting them to extra scrutiny. It later emerged, however, that the IRS had also targeted dozens of apparently left-leaning organizations. Neither the FBI nor the Department of Justice, which launched investigations into the IRS controversy, found any evidence of criminal wrongdoing.

Trump’s “Fast and Furious” comment was an apparent reference to a bungled gunrunning operation conducted by the Bureau of Alcohol, Tobacco, Firearms and Explosives that had sought to stanch the flow of smuggled weapons along the U.S.-Mexico border. President Obama later invoked executive privilege in order to withhold documents related to the operation, triggering a yearslong legal battle between the House and the Justice Department. The two sides finally reached a settlement earlier this year.

Speaking to Hannity, Trump said that while Republicans hadn’t impeached Obama during his time in office, Democrats — who Trump described as “not good politicians” with “lousy policy” — had discussed impeaching him “on Russia, on Mueller, all this stuff.”

“And then they come up with this crazy concept of a perfect conversation,” Trump continued, referring to his controversial July phone conversation with Ukrainian President Volodymyr Zelensky that prompted House Speaker Nancy Pelosi to initiate an impeachment inquiry.

Trump has faced allegations that he withheld military aid to Ukraine to pressure the country to dig up dirt on Joe Biden, his potential rival in 2020. Trump has repeatedly insisted there was “no quid pro quo” in his exchanges with Zelensky even as the White House has issued conflicting messages on this topic.

Though no official impeachment inquiry was ever launched against Obama, some Republicans did suggest during his presidential tenure that he was guilty of impeachable offences. In the wake of IRS controversy, former Rep. Kerry Bentivolio (R-Mich.) said in 2013 it “would be a dream come true” to impeach Obama.

That same year, former Rep. Blake Farenthold (R-Texas) said the House “could probably get the votes” to impeach Obama over questions about the authenticity of his birth certificate, which the White House had made public in 2011. Farenthold resigned last year after sexual misconduct allegations were levelled against him.

During his conversation with Hannity, Trump also touted a conspiracy theory involving Hillary Clinton and Ukraine and railed against another favorite target of his, the “fake news media.”

“We don’t even want [The New York Times] in the White House anymore. We’re going to probably terminate that and the Washington Post. They’re fake,” he told Hannity, adding that he’s received worse press than Abraham Lincoln.