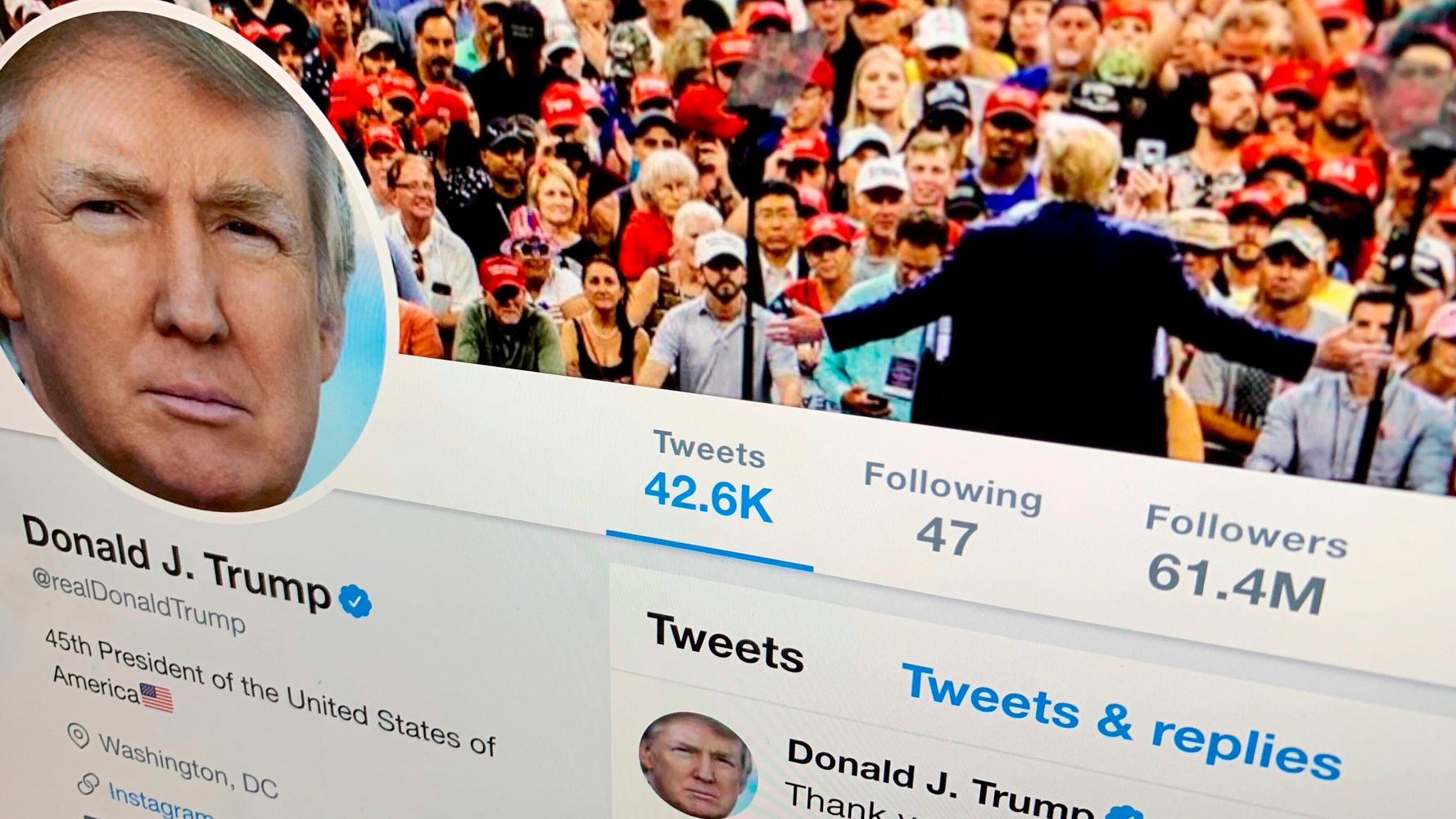 Twitter suspended a conspiracy-peddling account earlier this week for breaking its rules, hours after President Donald Trump retweeted a message from the account calling Democrats “the true enemies of America.”

Twitter didn’t immediately respond to a request for comment from HuffPost, but sources told The Daily Beast the account in question, @LYNNTHO06607841, was suspended for violating a rule that prohibits “using multiple accounts to artificially amplify or disrupt conversations.”

The account, which dates back to September 2018, described itself as “not a bot” and a “Fierce Trump supporter.”

Trump just retweeted a meme from @LYNNTHO06607841 (who?) calling the opposition party “THE TRUE ENEMIES OF AMERICA!” pic.twitter.com/fWEkSGhkPO

Days prior to the all-caps post accusing Democrats of election interference, the account posted a conspiratorial meme accusing the Clintons of “torturing and sacrificing children” to harvest their pineal glands.

Here’s Rupar again with the screengrab:

Holy shit. The account the president of the United States just retweeted (@LYNNTHO06607841) posted a meme 5 days ago accusing the Clintons of “torturing and sacrificing children” and then consuming their secretions. pic.twitter.com/ujmrhGb6QJ

Despite the account’s claim of being “not a bot,” the account was likely a sock puppet: a highly active, fake account used to amplify, echo or distort an online conversation, often quite effectively, a 2017 University of Maryland and Stanford study found.

So effective, it seems, sometimes they win President Trump’s endorsement.

“Whenever multiple accounts are used by the same party it is harmful and it skews the discussion and fake news can be propagated very confidently,” Srijan Kumar, a social media and cybersecurity researcher involved in the study, told New Scientist at the time.

In July, Trump hosted conservative influencers, bigots and conspiracy theorists at a “Social Media Summit” where he claimed, without evidence, that social media platforms are blocking people from following him. He also accused tech companies of anti-conservative bias, a long-held conservative claim that’s not supported by evidence.

More Presidential Candidates Are Visiting Mosques Than Ever Before

Democrats Advertised for the Reelection of President, Says Team Trump