Trump Says ‘Everybody’ (Except Him) Has Read Whistleblower’s Report, And ‘They Laugh At It’ 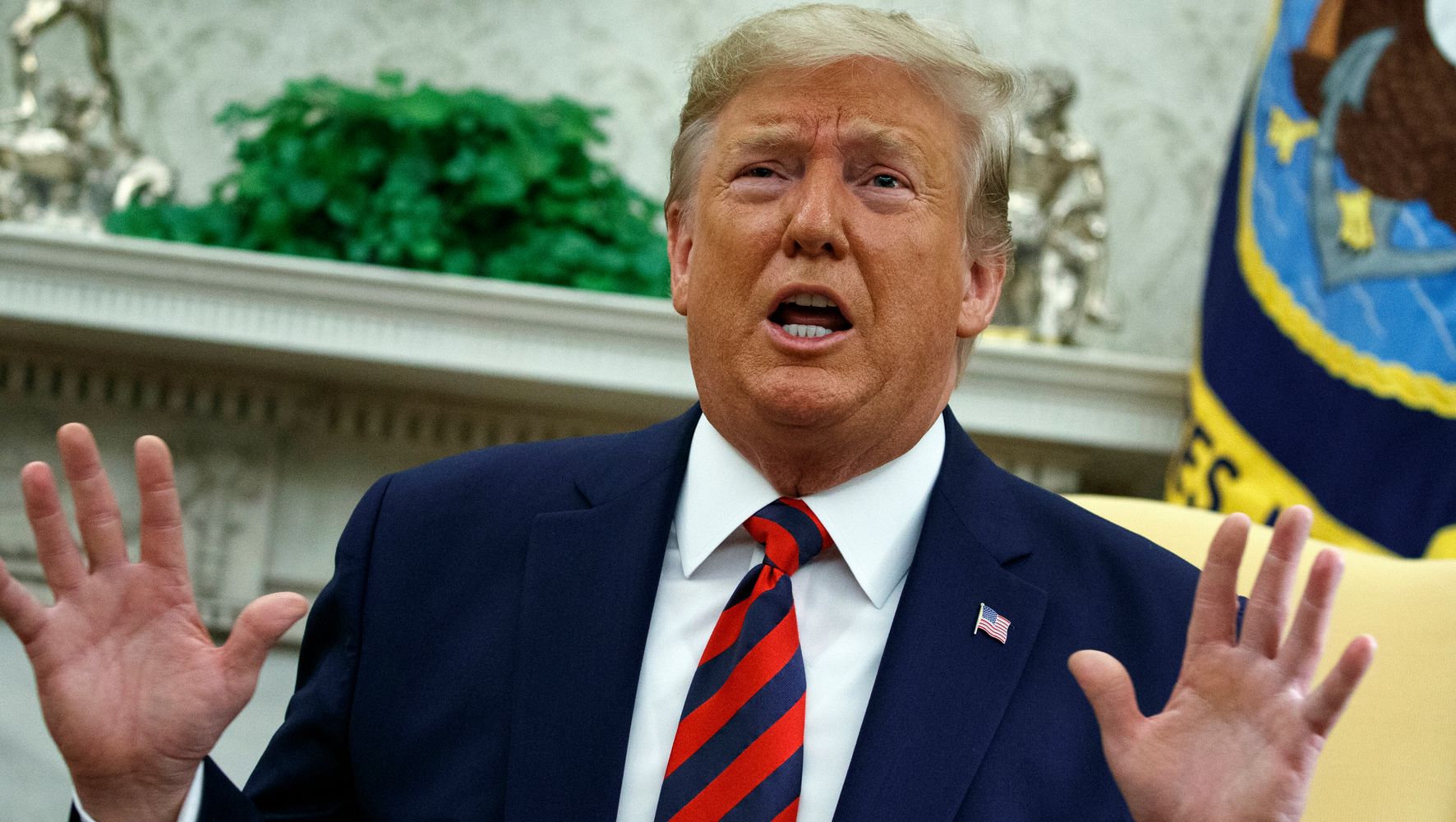 President Donald Trump told reporters Friday that he hasn’t read a complaint filed by a whistleblower in the intelligence community that reportedly arose from concern about a “promise” he made to a foreign leader. But he also said that “everybody’s read it,” adding: “They laugh at it.”

“Everybody” could be a stretch. The complaint has not been released to congressional leaders, who are demanding to see it.

Intelligence Community Inspector General Michael Atkinson determined that the whistleblower complaint, initially filed Aug. 12, was a matter of “urgent concern.” But so far Acting Director of National Intelligence Joseph Maguire has refused to share the complaint or even significant details of the filing with lawmakers, which is typically standard procedure.

TRUMP: “Our media has become the laughingstock of the world … the media of our country is laughed at all over the world now. You’re a joke.” pic.twitter.com/2n2eNRhanO

Trump has alleged that Biden, while vice president, worked to shield a Ukrainian company linked to his son from a corruption probe. But a Ukrainian official said earlier this year that investigators found no evidence of any wrongdoing by Biden or his son.

Trump hasn’t denied discussing Biden with Zelensky. He said Friday that their conversation was “beautiful” and it “doesn’t matter what was discussed.”

But he has gone on the attack against the unidentified whistleblower. Trump has called the complainant a “him” and said he is “partisan,” as in “meaning it [the complaint] comes out from another party,” he told reporters Friday. Trump also said, however, that he doesn’t know the identity of the whistleblower, so it’s not clear how he would know that the whistleblower is a man and is partisan.

With his latest dig, Trump is calling the complaint laughable. But the possibility that Trump leveraged U.S. power to investigate U.S. citizens to help his reelection campaign is serious enough that it has triggered more calls for impeachment.

Trump describes whistleblower who sounded alarm about his interactions with Ukraine as “partisan.” A minute later, he says, “I don’t know the identity of the whistleblower.”

“it was a totally appropriate conversation. It was actually a beautiful conversation,” he adds. pic.twitter.com/an57Vq7x2R