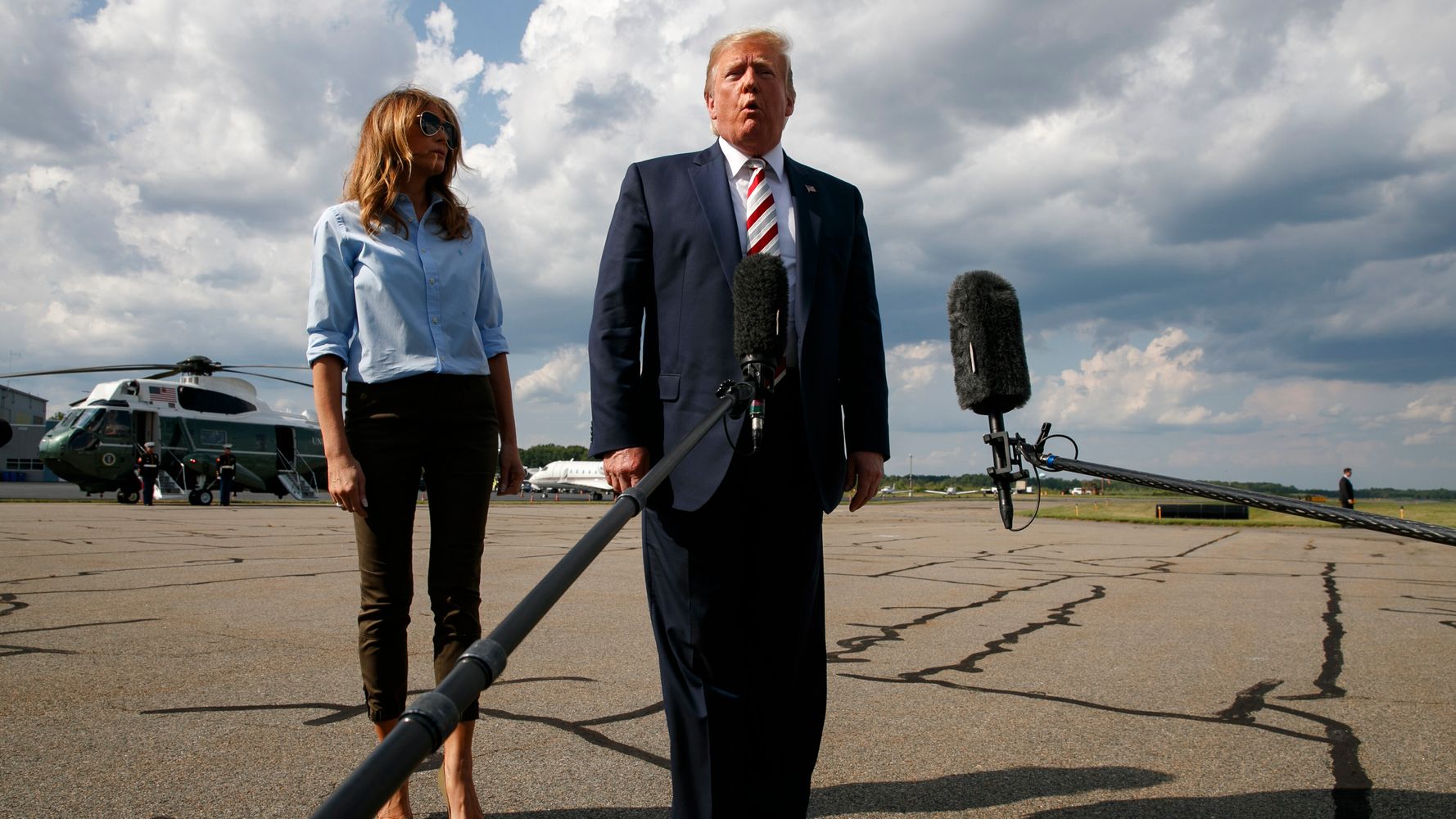 President Donald Trump on Sunday spoke out broadly against hatred in the wake of shootings in El Paso, Texas, and Dayton, Ohio, making no mention of white supremacy and blaming both events on mental illness instead.

Speaking to reporters during a Morristown, New Jersey, press conference, Trump said “perhaps more has to be done” about gun violence though he did not elaborate on what actions needed to be taken.

“Hate has no place in our country, and we’re going to take care of it,” he said.

The suspected gunman in the El Paso massacre ― a 21-year-old white male ― is believed to have posted a white supremacist manifesto online shortly before killing 20 people at a Walmart.

The four-page screed shared on 8chan, an online message board where extremists flourish, calls Hispanic people “invaders,” decries “race-mixing,” and uses the words “send them back” ― a sentiment promoted in Trump’s attacks on four congresswomen of color last month, which became a rallying cry at one of his campaign events.

“I am simply defending my country from cultural and ethnic replacement brought on by an invasion,” the document reads.

On Sunday morning in downtown Dayton, a 24-year-old male opened fire, killing 9. Between both shootings, nearly 60 people were injured in less than 24 hours.

Trump said he had already spoken with Attorney General William Barr “at length,” along with FBI Director Christopher Wray and members of Congress “about whatever we can do.”

Trump: ‘Hate has no place in our country’ pic.twitter.com/BZ7sJnP7yX

Asked what exactly he was doing to address gun violence, the president provided a vague, repetitive answer, identifying no specific actions.

There has been no evidence made public yet to suggest that either shooting was caused by mental illness, though Texas Gov. Greg Abbott (R) also attempted to shift the focus to mental health in the wake of the bloodshed.

The latest rebuke arrived on Sunday night from former Vice President Joe Biden, who tweeted that white nationalism has been “emboldened by a president who stokes the flames of hatred and coddles white supremacists with messages of support.”

“We must do what Trump won’t: condemn this evil and eradicate it from our society,” he added.

Authorities are treating Saturday’s shooting as an act of terror, and prosecutors will seek federal hate crime charges for the perpetrator.

Trump has also ordered American flags in the country and across the world to be lowered to half staff until August 8 at sunset, as a “mark of solemn respect” for the victims. The president is expected to deliver another statement at 10 a.m. ET Monday.

This story has been updated with more of President Trump’s remarks.