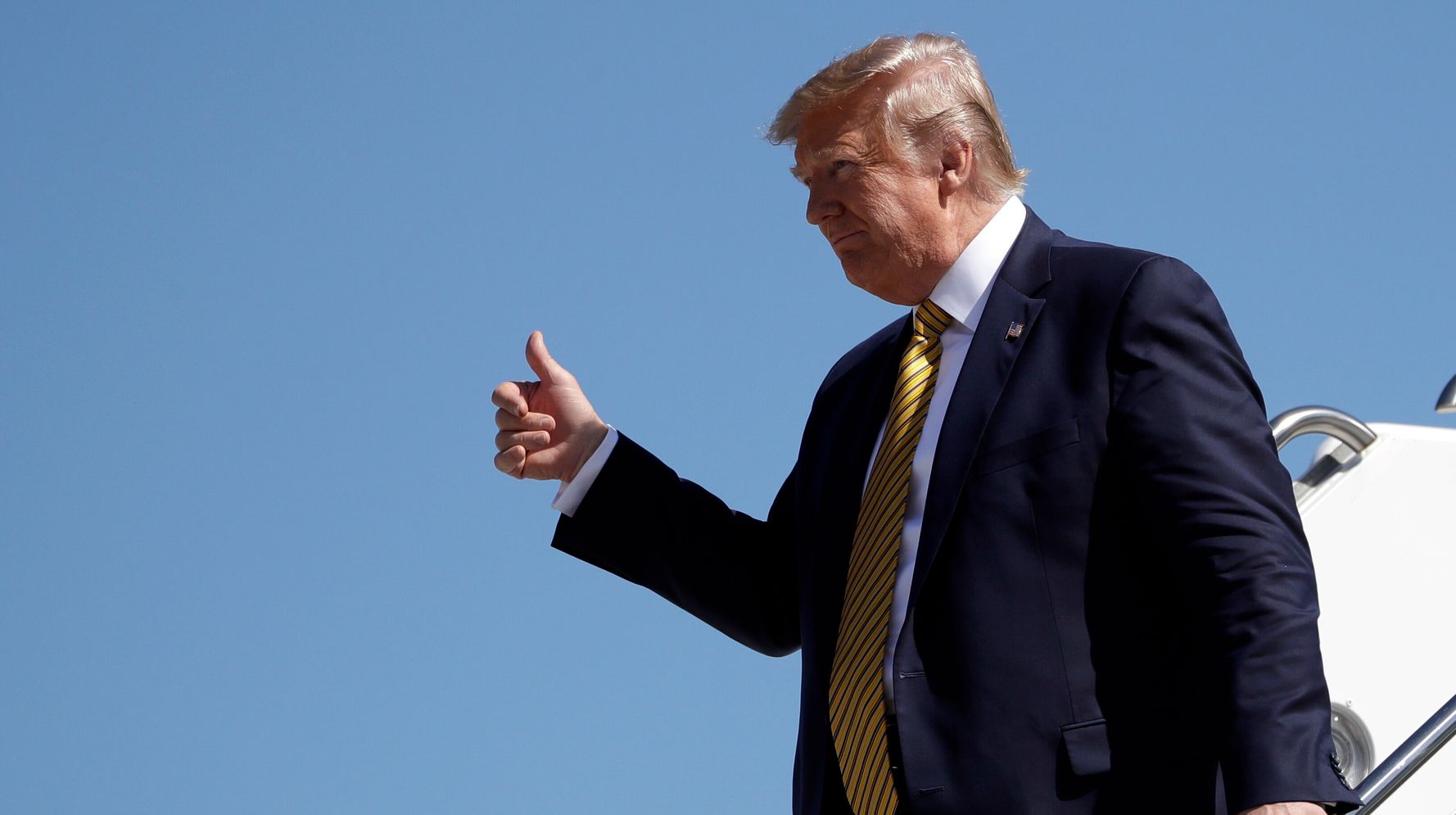 President Donald Trump lamented the nation’s homelessness crisis on Tuesday ― not because so many Americans are unable to afford safe and stable housing, but rather because it’s supposedly affecting the “prestige” of California cities like Los Angeles and San Francisco.

“We can’t let Los Angeles, San Francisco and numerous other cities destroy themselves by allowing what’s happening,” the president said, speaking of homelessness to reporters on Air Force One on a flight to Mountain View, California, about a 45-minute drive from San Francisco.

“But we have people living in our … best highways, our best streets, our best entrances to buildings and pay tremendous taxes, where people in those buildings pay tremendous taxes, where they went to those locations because of the prestige,” Trump added. “In many cases they came from other countries and they moved to Los Angeles or they moved to San Francisco because of the prestige of the city, and all of a sudden they have tents. Hundreds and hundreds of tents and people living at the entrance to their office building. And they want to leave.”

The president said he had talked to Housing and Urban Development Secretary Ben Carson about homelessness and “the housing element,” mentioning at one point the creation of a “task force.”

“We’re looking at it, and we’ll be doing something about it,” the president said of homelessness ― but it was unclear exactly what action his administration planned to take. HuffPost reached out to the White House for more clarity, but did not immediately receive a response.

Affordable housing is a nationwide crisis, and California is one of the states with the worst rates of homelessness. On a given day in January 2018, more than 500,000 people were homeless nationwide, per a federal report ― and almost a quarter of that total lived in California. Over the past couple years, homelessness has increased in San Francisco’s Bay Area and Los Angeles.

To address the issue, advocates and experts have long called for more government investment in affordable housing and support services for homeless and housing-insecure people.

In a Monday letter to Trump, California Gov. Gavin Newsom and other local officials called for more federal investment in programs that help tackle homelessness, including by providing 50,000 more vouchers for rental subsidies for low-income Americans.

“We can all agree that homelessness is a national crisis decades in the making that demands action at every level of government,” Newsom wrote, adding that his office and local mayors have made investments in behavioral health, affordable housing and other homeless programs. “In contrast, [the Trump] Administration has proposed significant cuts to public housing.”

California Sen. Kamala Harris (D) issued her own statement Tuesday responding to Trump and other federal officials’ visit to the state this week. The 2020 presidential candidate said the country’s homelessness crisis has “several causes,” pointing to racial inequality and rising housing costs, but warned against seeing law enforcement as a solution to the problem.

“If the administration is serious about addressing this issue, they would not be pushing for $9.6 billion in cuts to critical Federal housing programs,” Harris said.

Last week, Trump administration officials went to Los Angeles to learn about the city’s homelessness crisis, and one of their proposed options was a plan to clear street encampments and move homeless people into government-run facilities, per a report by The Washington Post.

As Trump and his administration focused in on California and the homelessness crisis in recent days, advocates have called for clear action and more investment from the federal government.