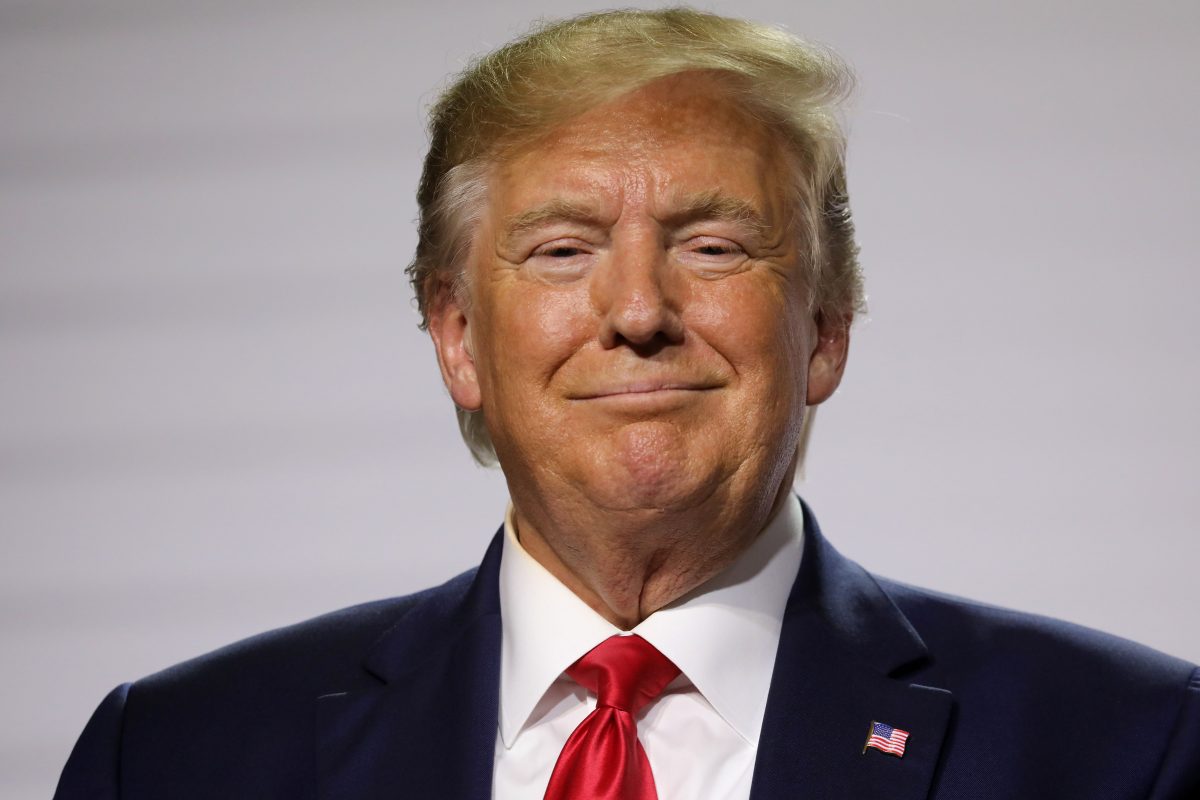 President Donald Trump said on Aug. 26 that the next Group of Seven (G-7) economic summit will likely be held in Miami, and the Trump National Doral Resort is being considered as a possible venue.

While fielding questions from reporters during a press conference with Germany’s Chancellor Angela Merkel, Trump provided some insights into the progress his administration is at in looking for a venue for the next G-7 annual meeting.

“I don’t think there will be any surprises,” Trump said. “I’m not looking for surprises. I think we’ll have a very successful G-7. It’ll probably be in Miami, right next to the International Airport.”

When asked whether it will be held at his Doral Golf Resort, Trump responded saying that they’re “thinking about it” but have not made a final decision.

“They’re seeming to set up the best. It’s close to the—we haven’t made a final decision, but it’s right next to the airport, right there, meaning, you know, a few minutes away,” he said.

“It’s a great place. It’s got tremendous acreage. Many hundreds of acres. So we can handle whatever happens. … People are really liking it. Plus, it has buildings that have 50 to 70 units in them, so each delegation can have its own building. So you’d have the seven various delegations, and they could have their own building … and they could have buildings for the press. … It’s very big. A great conference facility.

“So we’re thinking about it. They love the location of the hotel, and they also like the fact that it’s right next to the airport, for convenience.”

A senior administration official told Fox News that next year’s G-7 summit is set to be held at Doral, Florida.

Trump’s suggestion has raised ethics concerns that hosting the next G-7 at the Doral Golf Resort could allow the president to profit off a government-held event. He was asked to address these concerns at a later press conference.

“Well, I’ll tell you what, I’ve spent, and I think I will, in a combination of loss and opportunity—probably it’ll cost me anywhere from 3 to 5 billion dollars to be president. And the only thing I care about is this country. Couldn’t care less [about the money], otherwise I wouldn’t have done it,” Trump said.

“People have asked me, what do you think it costs? And between opportunity of not doing a thing—I used to make a lot of money giving speeches, now I give speeches all the time. You know what I get? Zippo. And that’s good. And I did a lot of great jobs and great deals that I don’t do anymore. And I don’t want to do them, because the deals I’m making are great deals for the country.

“And that’s, to me, much more important.”

The president then said his administration was considering Doral Golf Resort as a potential venue largely due to its proximity to the airport and other facilities.

“My people looked at 12 sites, all good, but some were two hours from the airport, some were four hours—I mean they were so far away. Some didn’t allow this or they didn’t allow that,” he said.

“With Doral, we have a series of magnificent buildings. We call them bungalows. They each hold from 50 to 70 very luxurious rooms with magnificent views. We have incredible conference rooms, incredible restaurants—it’s like such a natural.”

The president continued by touting the various amenities the Doral resort features that would be suitable to holding such a grand event, including hundreds of acres of space and brand new ballrooms.

“From my standpoint, I’m not going to make any money. In my opinion, I’m not going to make any money. I don’t want to make money. I don’t care about making money. … When my people came back, they took tours, they went to different places … they went to places all over the country. And they came back and said this is where we would like to be,” he said, adding that members of the military and secret service were involved in the process.

“It’s not about me, it’s about getting the right location,” he said.

A spokesperson for the U.S. Secret Service, in an email statement to The Epoch Times, did not respond to questions asking for more details but said: “For operational security reasons, the Secret Service does not comment on our protective missions. Once a site is selected for the 2020 G7, we will work with our federal, state, and local law enforcement partners to develop plans that are consistent with current security requirements while also trying to minimize the impact of our protectee’s travel on residents.”

The 800-acre Doral Golf Resort was opened in the 1960s and features villa-style accommodation and several luxury event venue options.