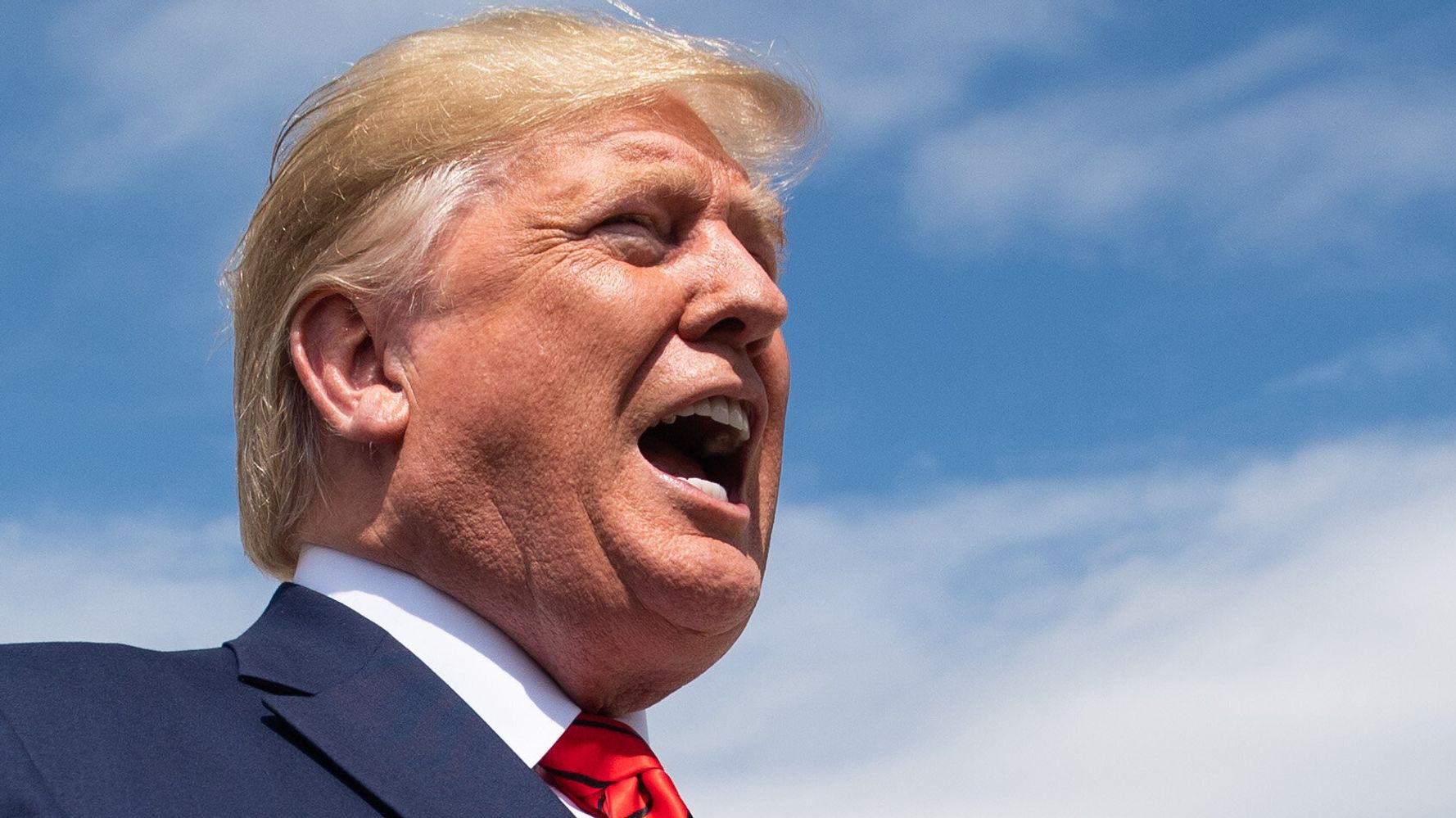 President Donald Trump was absolutely furious Friday after CNN printed his insult for Rep. Adam Schiff (D-Calif.) as “liddle” instead of “liddle’” with an apostrophe as he wrote it. Trump, however, called the missing punctuation a “hyphen.” In any case, it’s mystifying what an apostrophe (or hyphen) would be doing in the made-up word “liddle.”

A CNN spokesperson, stumped by Trump’s apostrophe in “liddle,” quipped: “Is liddle’ possessive as in ‘self-owned?’”

Anyway, it’s supposed to mean “little.” He may have been searching for the word “li’l” as in “Li’l Abner.”

Trump claimed that the dropped “hyphen” in liddle on a CNN chyron during a news story demonstrated “how dishonest the LameStream Media is.” He also spelled “describing” as “discribing.” And he missed hyphens in “never ending” and “low ratings” CNN.

To show you how dishonest the LameStream Media is, I used the word Liddle’, not Liddle, in discribing Corrupt Congressman Liddle’ Adam Schiff. Low ratings @CNN purposely took the hyphen out and said I spelled the word little wrong. A small but never ending situation with CNN!

The Merriam-Webster Twitter site slyly mocked Trump with an entry about the difference between a hyphen and an apostrophe.

For those looking up punctuation early on a Friday morning:

A hyphen is a mark – used to divide or to compound words.
An apostrophe is a mark ‘ used to indicate the omission of letters or figures.

Twitter wits had a range of barbs for Trump about his punctuation tirade.

By hyphen he means apostrophe. And by discribing he means describing. But I’m stuck on the difference between liddle and liddle’. Is liddle’ possessive? As in “self-owned?” https://t.co/jJB5k5Srbb

Dude – a “hyphen” is the least of your problems. And btw, it’s called an apostrophe.

We’ve talked about this, Sweetie’. That’s not a hyphen, it’s an apostrophe.
It’s a funny word, right? Remember, I told you that you could call it a Sky Comma. You use it to repla…

You know what, you have a comprehension disorder.
I feel like I’m not making a difference here pic.twitter.com/sIcgYeAOoP

2. It’s not a hyphen. It’s an apostrophe

3. It’s great to see that you’re focusing on the right priorities

Or is that puddle from your crybaby tears?

Sir, it appears that the grammatical guidance you receive is not much better than the legal advice. In short, the words you are looking for are “apostrophe” and “I hereby resign the Office of President of the United States.”

Trump more upset that CNN misreported his nicknames than CNN reporting that Trump committed crimes. That tells you so much about Trump

Someday, people are going to wonder what the last things Donald Trump did were in the days before he was impeached and they’re going to find this tweet complaining about a hyphen that is actually an apostrophe.

At least now you know why Trump never let you see his grades. Does anyone really believe the guy who wrote this tweet got a degree from Wharton without paying-off every teacher he had? P.S, there was no ‘spell check’ in the ‘60’s. No way he took tests or wrote papers.