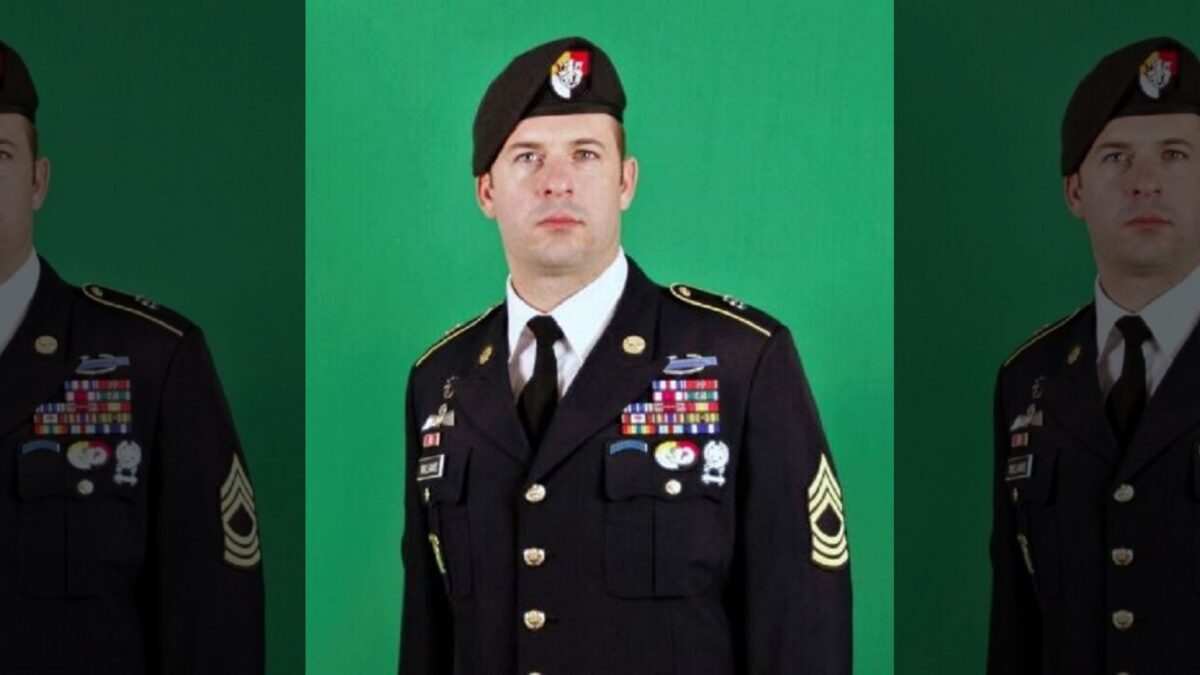 The White House announced that Trump will award the medal in a ceremony on Oct. 30, in honor of Master Sergeant Matthew O. Williams, United States Army, “for conspicuous gallantry while serving as a Weapons Sergeant in Support of Operation Enduring Freedom.”

The heroics displayed by Master Sgt. Matthew O. Williams took place during a six-hour battle on April 6, 2008, in Afghanistan’s Shok Valley, which a fellow soldier described as “an onslaught of fire and explosions.”

Williams was part of a joint U.S.-Afghan raid hunting Gulbuddin Hekmatyar, the leader of the former Hezebela Islami Gulbadin terror group, according to the Army Times.

“Sergeant Williams’ actions helped save the lives of four critically wounded soldiers and prevented the lead element of the assault force from being overrun by the enemy,” a White House announcement said.

During the raid, the assault team comprised of 12 Green Berets and about 100 Afghan commandoes dropped into the valley by Chinook helicopters. Almost immediately, the soldiers found themselves in a gunfight.

“It was just an onslaught of fire and explosions for a very long time,” Dillon Behr, a former Green Beret who was shot and injured on the mission, told Stars and Stripes. “Utter chaos.”

Williams and the team then fought their way up a steep mountain-side while contending with enemy fire.

“In the face of rocket-propelled grenade, sniper, and machine gun fire, Sergeant Williams led an Afghan Commando element across a fast-moving, ice cold, and waist-deep river to fight its way up a terraced mountain to the besieged lead element of the assault force,” the statement said. “Sergeant Williams then set up a base of fire that the enemy was not able to overcome.”

At one point, Williams exposed himself to enemy fire while coming to the aid of his team sergeant, who had been wounded by sniper fire. Risking his own life, Williams evacuated the wounded soldier “down the sheer mountainside to the casualty collection point.”

Later, when American troops became pinned down by enemy fire and wounded, Williams climbed up the cliff to help with their rescue. He again exposed himself to enemy fire as he moved wounded soldiers down the near-vertical mountainside while carrying and loading his comrades into helicopters.

Williams told Stars and Stripes that the Shok Valley raid was one of the most difficult battles he faced in Afghanistan, where he has been deployed many times during his active duty.

“Of course it’s obviously one of the worst days,” Williams told the publication. “You see friends get injured. It worked out. Everyone came home alive, and everyone is doing good. But, definitely, that’s the worst one.”

Over 150 enemy combatants were killed during the raid, Army Times reports.

Williams and nine other U.S. soldiers received valor awards for the actions during the battle, according to the Army Times.

In its announcement, the White House noted that the Medal of Honor is awarded to those whose actions show “great personal bravery or self-sacrifice so conspicuous as to clearly distinguish the individual above his or her comrades and must have involved risk of life.”

Williams, of Boerne, Texas, joined the Army in 2005. He is currently assigned to the 3rd Special Forces Group at Fort Bragg. N.C.