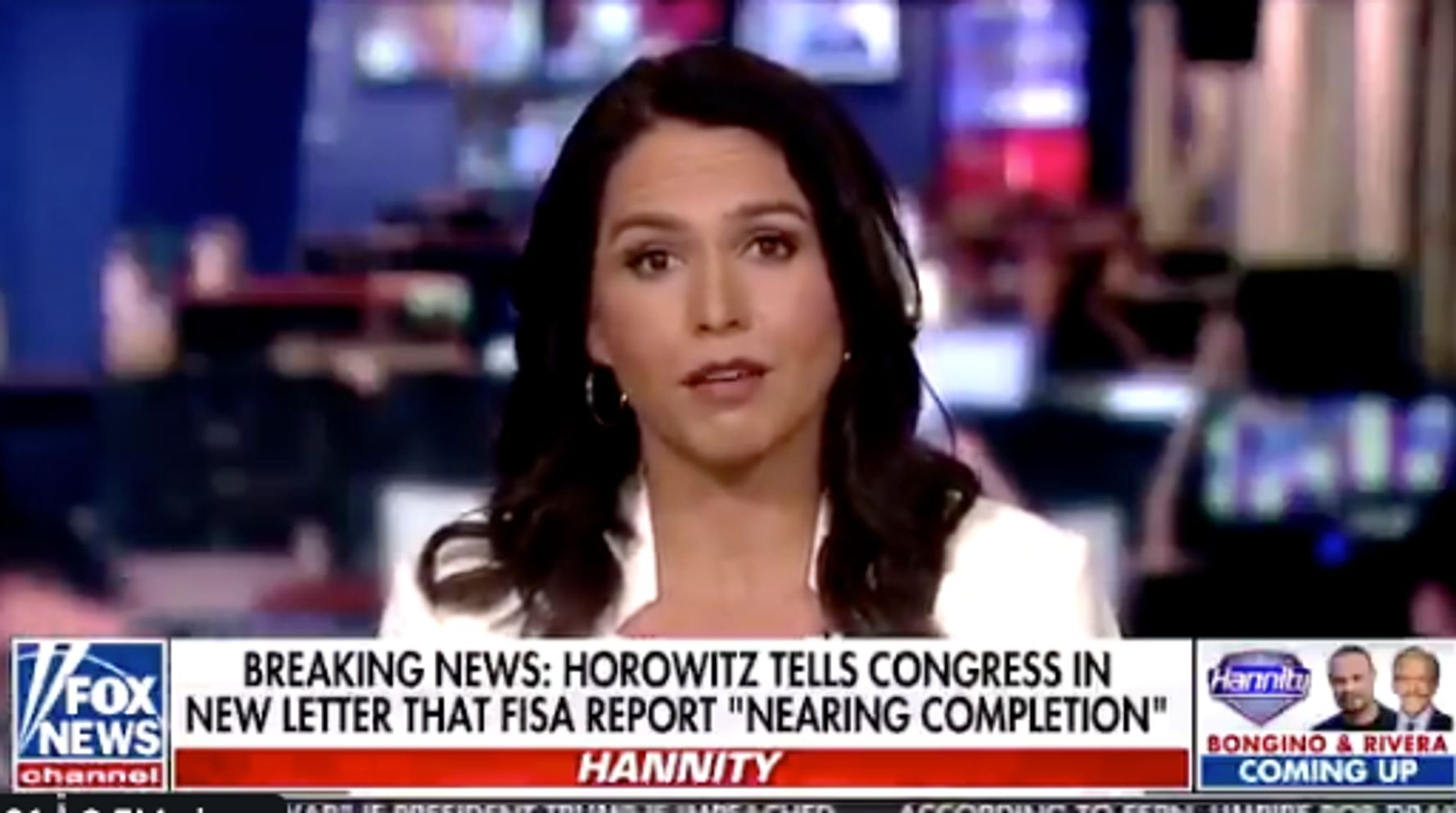 “I don’t know what’s going on in those closed doors,” Gabbard said. “We as members of Congress do not have access to the information that’s being shared. I think the American people deserve to know exactly what the facts are, what the evidence is being presented as this inquiry goes on.”

The Hawaii congresswoman also said she worried the impeachment inquiry would “tear apart” the country.

“I’ve long expressed my concern about going through impeachment proceedings in a very, very partisan way because it will only further tear apart an already divided country,” she said.

Just hours later, Gabbard announced she would not seek reelection to the House of Representatives. The congresswoman said she would instead focus on the presidential race, noting international tensions and the threats of a new cold war as factors in her decision.

“I believe I can best serve the people of Hawaii and our country as your President and Commander-in-Chief,” she said in a statement.

I’m so grateful to the people of Hawaiʻi for allowing me to serve you in Congress for the last 7 years. Throughout my life, I’ve always made my decisions based on where I felt I could do the most good. In light of the challenges we face, I believe I can… https://t.co/cNcjSNSoZl pic.twitter.com/h3wM6AZLMs

Gabbard launched her presidential bid in January but has lagged behind in a crowded Democratic field. She came into the spotlight recently, though, following a heated exchange with former Democratic presidential nominee Hillary Clinton.

Clinton in a “Campaign HQ” podcast interview released last week claimed that “somebody who’s currently in the Democratic primary” is being groomed “to be the third-party candidate.” The former senator and U.S. secretary of state did not appear to name Gabbard directly but was widely understood to be referring to the congresswoman.

There was also some confusion about whether Clinton meant the Russians or the Republicans were allegedly grooming the candidate, and she later clarified that she meant the latter.

Gabbard shot back at Clinton, describing her as “the queen of warmongers” and the “embodiment of corruption,” two attacks that have also been raised by Trump.

The congresswoman continued to criticize Clinton on “Hannity,” claiming the former senator’s attack on her was an attack on all veterans. (Gabbard served in Iraq with the Hawaii Army National Guard.)

“She is not only calling me a traitor, she is not only trying to smear my character, she’s sending a warning out to every veteran, every single American, anyone who stands up the warmongering foreign policies that really are her legacy, that have been so destructive and costly to my brothers and sisters in uniform, because the American people trillions of dollars, and because of so much damage in the war,” Gabbard said.