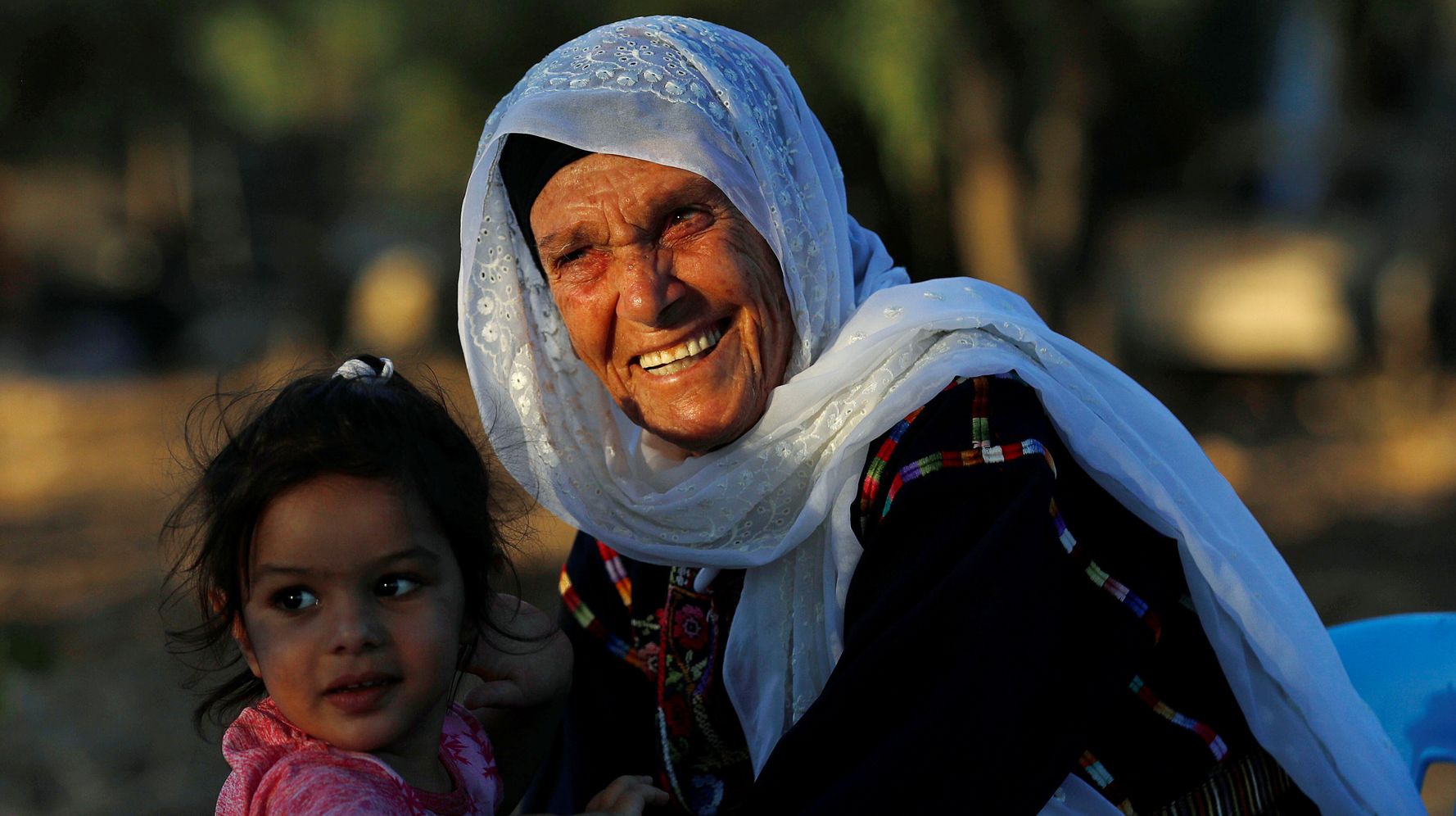 One sweet thing that happened after Israel barred Rep. Rashida Tlaib (D-Mich.): People are sending love to their “Sitty” — the Arabic name for grandmother. In a heartbeat, #My Palestinian Sitty was trending on Twitter.

Tlaib had to scuttle plans to visit her own sitty, Muftiyah Tlaib, on the West Bank after the Democratic congresswoman was barred from entering Israel on Thursday — thanks to a nudge from Donald Trump. Tlaib, who is Palestinian-American, was banned from the country because of her support for the pro-Palestinian boycott, divestment and sanctions movement, according to Israeli Prime Minister Benjamin Netanyahu.

When Israeli officials relented on “humanitarian grounds” to allow Tlaib to see her grandmother as a private citizen, the congresswoman refused because she considered conditions for the trip to be oppressive and the government’s treatment to be humiliating. Trump appallingly scoffed in a tweet that Muftiyah Tlaib must be relieved because she “doesn’t have to see her” granddaughter now.

In true feisty grandmotherly fashion, Sitty Tlaib said she was “so proud” of her granddaughter. As for Trump, she said: “May God ruin him.”

That got people reminiscing about their own sitty.

#MyPalestinianSitty is trending and I am overcome with emotions realizing how we are finally humanizing one of the world’s most dehumanized peoples.

#MyPalestinianSitty was my best friend. She was born in Yaffa, Palestine in 1927. She was forced to flee in 1948 & took her children to Lebanon as refugees. She passed this last April. I will go to Yaffa soon & bring sand back to her grave to honor her ❤️ pic.twitter.com/PraI5kaYVR

#MyPalestinianSitty Um Nofan, born in Ein Arik right outside of Ramallah. Her home was a cave dug into rock. No proper electricity or water due to the occupation for most her life. When I visited in 2016, she made sure I had fresh eggs, baladi bread, pomegrate, and zataar daily. pic.twitter.com/slFo3obL0k

This is #MyPalestinianSitty who passed away 4 years ago in the West Bank because she was denied proper medical treatment under israeli apartheid and strict regulation of medical imports. Palestinians are humans too and we deserve full human rights no matter what anyone says. pic.twitter.com/Ts88gFP3k7

Flood of emotions reading the #MyPalestinianSitty stories and seeing the photos. My parents left occupied Palestine before I was born so that they could raise me and my siblings free. Both of my tatas (grandmas) died under Israeli occupation before I could know them.

I don’t have #MyPalestinianSitty I have a Bubbe (I call her Biffy) She’s 98 & lives independently Even though she’s scared my work for Palestinian rights could make make me suffer, she’s proud of me. she reminds me of how close Palestinian & Jewish cultures are

#MyPalestinianSitty fled to Jordan in 1967, on foot, with 8 of her children. Although she died never able to return to Palestine, she carried her people and her culture everywhere she went. She was the strongest, funniest and most courageous woman I’ve ever known. #RIPTeta pic.twitter.com/iNAEVBJNIc

This is how I always remember #mypalestiniansitty- smiling, singing, and bringing joy to all around her. Unfortunately, because of my strong Palestinian activism, I may also be barred from entering Palestine to see her. But she is proud of all I do, every day ✊🏽🇵🇸❤ pic.twitter.com/aKlAMY4n7S

In honor of @RashidaTlaib, here is the sitty of Izzy Mustafa, AJP’s Communications Strategist: This is my sitty. My guardian angel. A fierce Palestinian woman who shows me unconditional love every day. I carry her strength & humor with me everywhere I go. #MyPalestinianSitty pic.twitter.com/8n92cE9jOl

#MyPalestinianSitty my amazing grandmothers fled Palestine by pretty much walking to Jordan carrying anything they could, one of them raising 7 wonderful children. Missing them both everyday 💞🇵🇸@RashidaTlaib pic.twitter.com/gTf13qpprJ

This was my other #MyPalestinianSitty who no one could mess with. She was proud of being from #BeitHanina and was one fierce woman. pic.twitter.com/6VKUArdekD

#MyPalestinianSitty is giving me life right now! I’ve written and tweeted about my Sittee so many times Allah yirhama. She’s the reason I am who I am. When I wanted to drop out of high school, she reminded me that we are NOT a family of quitters. She’s the woman I strive to be ❤️ pic.twitter.com/Qk7w8ouVpj

This #MyPalestinianSitty hashtag is in honor of @RashidaTlaib’s grandmother, Sitty Muftiya. Her courage, clarity, and fierceness are inspirational. She reminded Palestinians how much we have to be proud of. Our grandmothers teach life. pic.twitter.com/KVB4OdpmSH

#MyPalestinianSitty(s)- strong, inspiring & influential women from #BeitHanina who shaped who I am today.

One was born in a free Palestine & died without seeing it free again.

The other born shortly after the #Nakba, with hopes of seeing a free Palestine during her lifetime. pic.twitter.com/cPkyiSt1jz

#MyPalestinianSitty was born before the nakba in 1926. Only love and joy in her heart. I miss her dearly. pic.twitter.com/cpm3uuQIid

#MyPalestinianSitty—my Teta Selma—and me, and the home in Jaffa she never got a chance to return to. pic.twitter.com/UcsP0dfmHD

#MyPalestinianSitty sacrificed everything she knew to give her children a better life. The sweetest woman and best cook I’ve ever met 💕 pic.twitter.com/mb1BMYW5Dd

For people that question the historical legitimacy of Palestine, this is my Tata’s (another word in Arabic for grandma) identification card. #MyPalestinianSitty pic.twitter.com/p5BskUa2kk

One day @IlhanMN and I will see Bethlehem and InshAllah it will be free when we do. #FreePalestine https://t.co/ei0MJcodbT

CORRECTION: A previous version of this story said Tlaib represents a district in Minnesota. She represents part of Michigan.