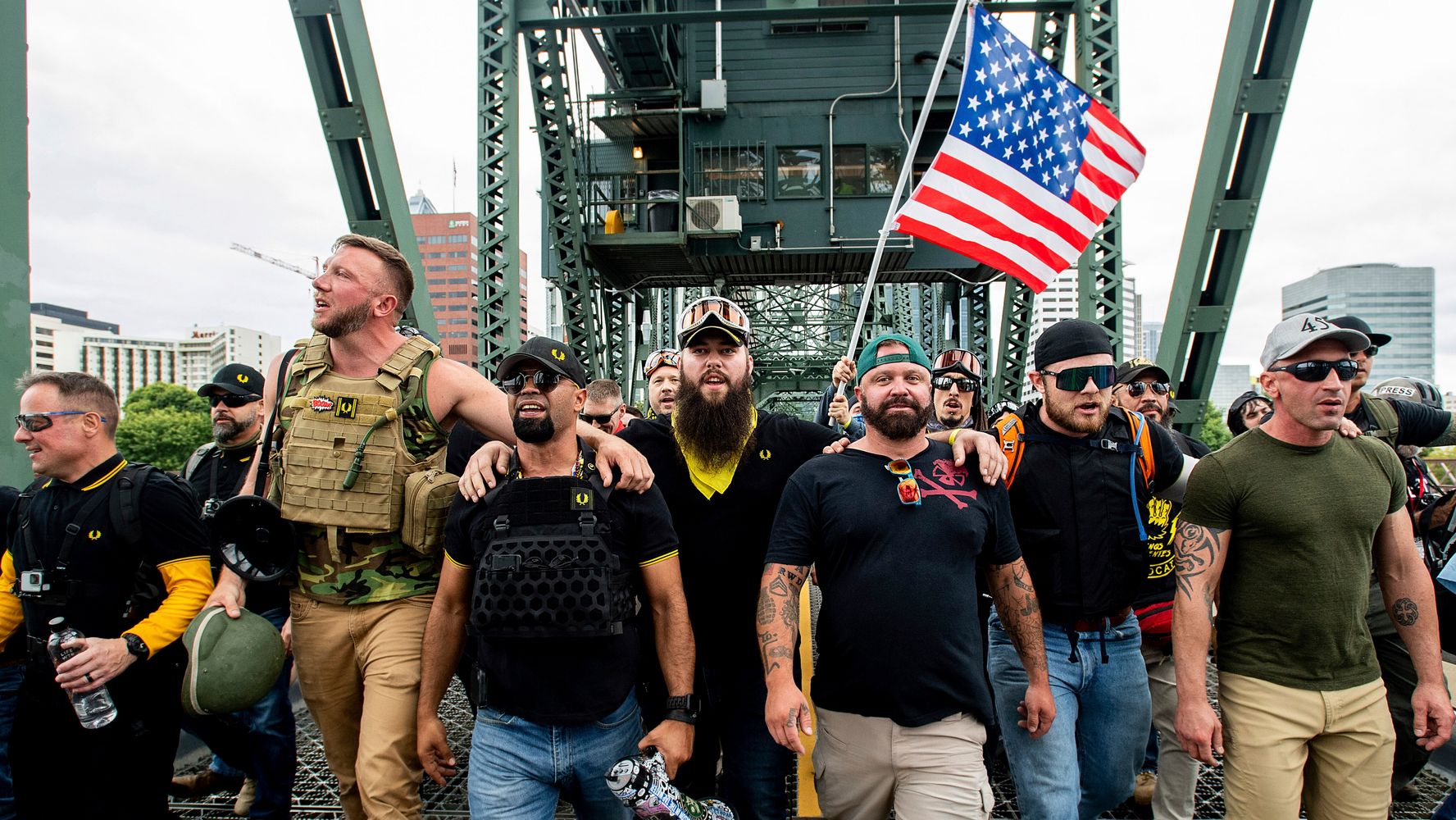 A former Infowars staffer who organized the Proud Boys protest in Portland Saturday deemed the “mission” a success because President Donald Trump sided with the right-wing extremist group against the anti-fascists.

“Go look at President Trump’s Twitter,” Joe Biggs told The Oregonian (see the video above). “He talked about Portland, said he’s watching antifa. That’s all we wanted. We wanted national attention, and we got it. Mission success.”

Biggs said he was pleased with the relatively peaceful day between the Proud Boys — which describes its members as “Western chauvinists” — and counterprotesters, who included anti-fascist activists. Portland police reported that at least 13 people were arrested and six were injured.

Trump has been harshly criticized for not condemning white nationalism and white supremacy as deadly right-wing violence continues to climb in the U.S. Pressure on the president mounted after 22 people were killed in a Walmart in El Paso in an apparently hate-fueled mass shooting early this month. An anti-immigrant manifesto authorities have linked to the gunman echoes Trump’s words about a Hispanic “invasion” of America.

Instead of addressing increasing right-wing violence, however, Trump repeated on the day of the Portland protest that he is considering labeling the leftist antifa a “terrorist” organization. “Antifa” is a blanket term that refers to a decentralized network of leftist, anti-fascist organizations that take on far-right protesters in the streets, sometimes violently. Nor have anti-fascist activists been linked to a single death, unlike gunmen compelled by extreme right-wing views.

Major consideration is being given to naming ANTIFA an “ORGANIZATION OF TERROR.” Portland is being watched very closely. Hopefully the Mayor will be able to properly do his job!

A preliminary tally by the Anti-Defamation League’s Center on Extremism found that domestic extremists took the lives of at least 50 people in 2018 — up from 37 the previous year — and that each of the killings “had a link to right-wing extremism.” It was the fourth-deadliest year for extremist attacks since 1970. The FBI reported a 17% jump in hate crimes in 2017, its latest report, over the previous year. The far right accounted for 73% of 425 extremist murders in the U.S. between 2009 and 2018, according to the ADL data.

Portland Mayor Ted Wheeler (D) attacked Trump’s provocative tweet about antifa in a CNN interview Saturday. “Frankly, It’s not helpful,” Wheeler said. “This is a potentially dangerous and volatile situation, and adding to that noise doesn’t do anything to support or help the efforts that are going on here in Portland.”

Biggs has vowed to return to Portland for a monthly protest. Wheeler slammed him for continuing to frighten city residents with the threat of violence.

“In this national environment, where we’ve had mass shootings … there is an environment of fear,” Wheeler said at a press conference Saturday. “There is rhetoric that is aimed predominantly at women and people of color and immigrants. It creates a sense of uncertainty and a sense of fear. Mr. Biggs … saying that they’re going to come here, that feeds into that sense of fear.”

Wheeler added: “I want to be very clear: We do not want him here in my city, period.”

The Proud Boys organization has been characterized as a hate group by the Southern Poverty Law Center for its spread of white nationalism, misogyny and Islamophobia. Several members of the group were charged last year in an attack in Manhattan on anti-fascists.