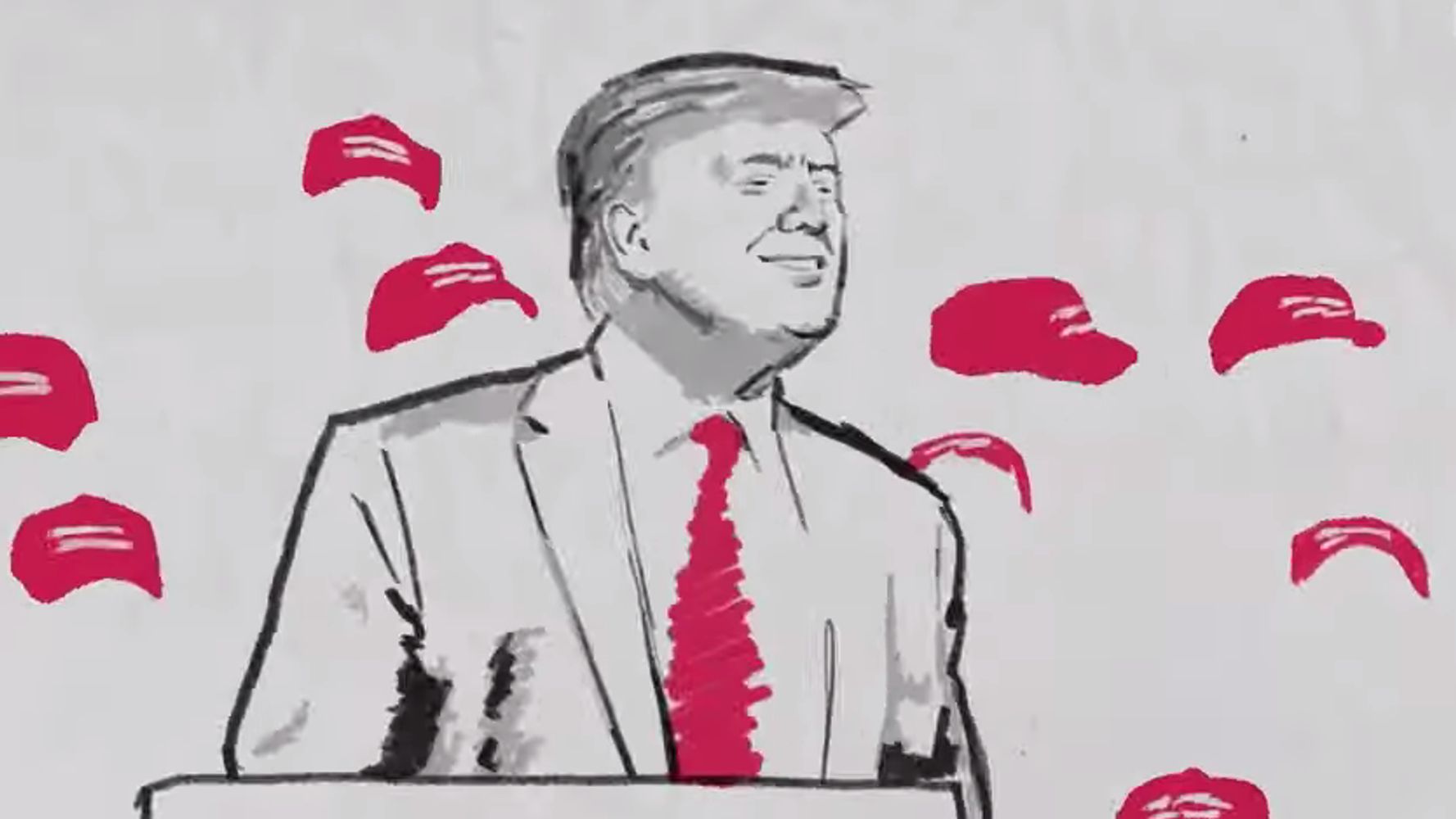 Amidst the intensifying impeachment inquiry launched against Trump last week, the president shared an odd assortment of tweets, including an impeachment poll from right-wing website Breitbart and a short animated clip in the style of the music video “Take On Me” by the Norwegian band A-ha.

Twitter users were quick to point out the video’s resemblance to the classic 1980s hit ― which remains popular, with almost 1 billion views on YouTube ― and the song and band’s name were soon trending. Some users found it particularly notable, given the impeachment proceedings and the song’s chorus:

The video appeared to have been originally published by a pro-Trump Twitter profile called Power Tie, which thanked the president for sharing. The video included cartoon depictions of scenes from Trump’s presidency and an excerpt from his 2017 commencement address at Liberty University.

One user quickly mashed up the Trump video with the original:

Had to do it. pic.twitter.com/rdrcU0oB9D

Check out some of Twitter’s commentary on the resemblance below:

– a weird video of himself that looks like “Take On Me”

– a Breitbart poll showing that 98% of people support him

This man is in need of immediate medical attention.

This A-Ha cover is gritty https://t.co/VfXqkrmiud

@SpeakerPelosi Please add crimes against A-ha to the articles of impeachment.

Taaaaaaake on me! (take on me)
I’ll be gone
In a day or two https://t.co/ArahTBf0Yw

Why is everybody taking about the “Take On Me” vide- oh pic.twitter.com/RH3TqEo6ym

Can I start an official petition to make Take On Me the impeachment anthem?

It’s like Take on Me meets a commercial for Red Bull, but also are we all just on a terrible acid trip? https://t.co/aE4pSH0g6J

To the tune of Take on Me:
“Impeach meeee…
Impeach me nowww
I’ll be gonnnneee
Impeach Meeeeeeeeeee!”