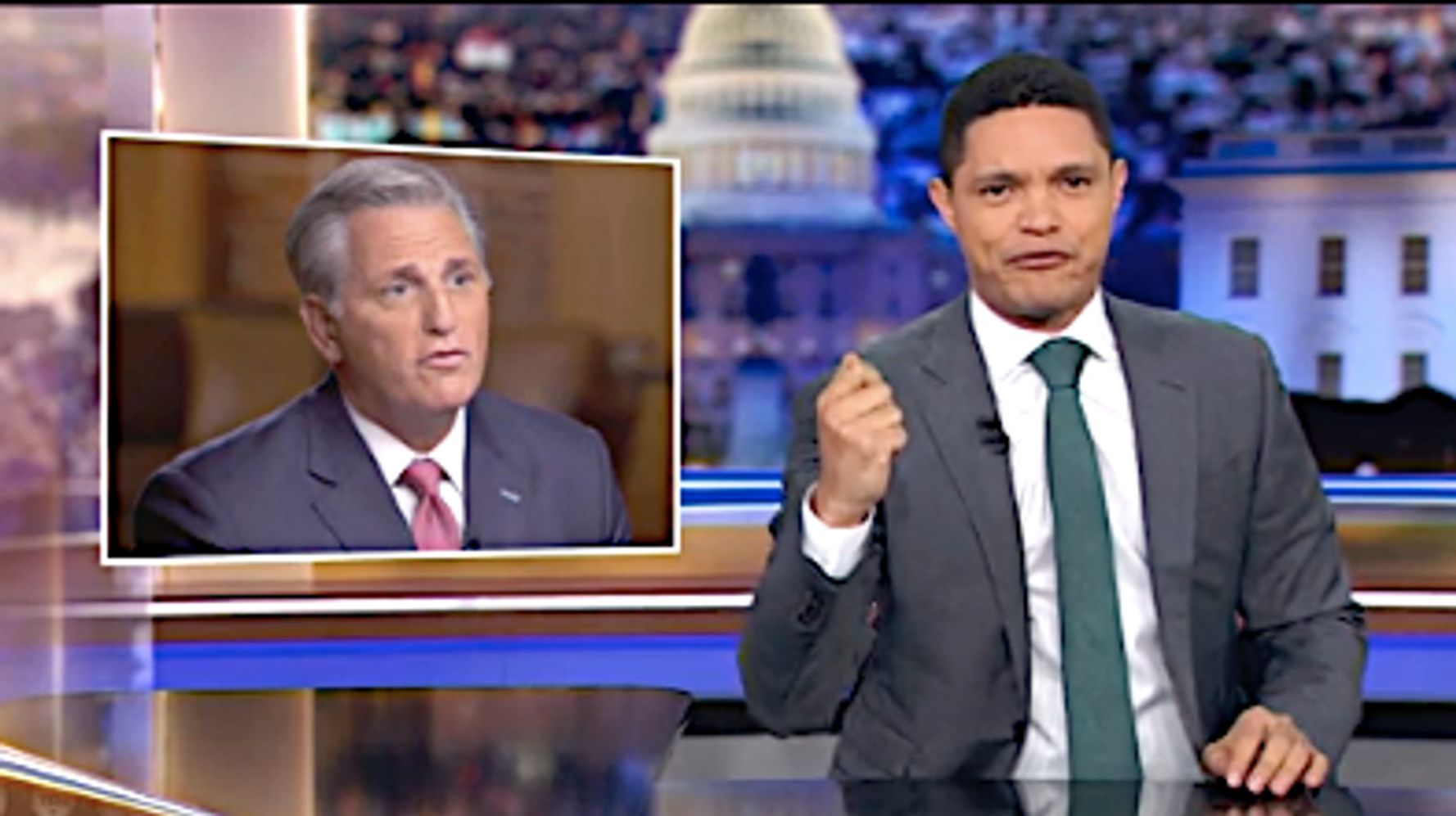 An appearance by House Minority Leader Kevin McCarthy (R-Calif.) on “60 Minutes” Sunday was such an amazing pratfall that “The Daily Show” featured it in the ongoing segment “The Fantastic, Absolutely Tremendous Road to Impeachment.”

McCarthy was asked for his reaction to Ukraine President Volodymyr Zelensky discussing a planned purchase of Javelin missiles from the U.S. during his phone call with Donald Trump in July.

Trump responded, “I would like you to do us a favor, though,” and proceeded to press Zelensky into launching an investigation into his political rival, Joe Biden.

“You just added another word,” said McCarthy, referring to “though,” which strongly indicated a quid-pro-quo expectation.

“No, it’s in the transcript,” “60 Minutes” correspondent Scott Pelly said.

The stunned look on McCarthy’s face said it all.

“That’s the face of someone who knows he done fucked up,” Noah said.

Watch the video above.

Hillary Clinton: I Never Had To Warn Obama Not To Extort Foreign Countries