US Signs Trade Agreement With Japan 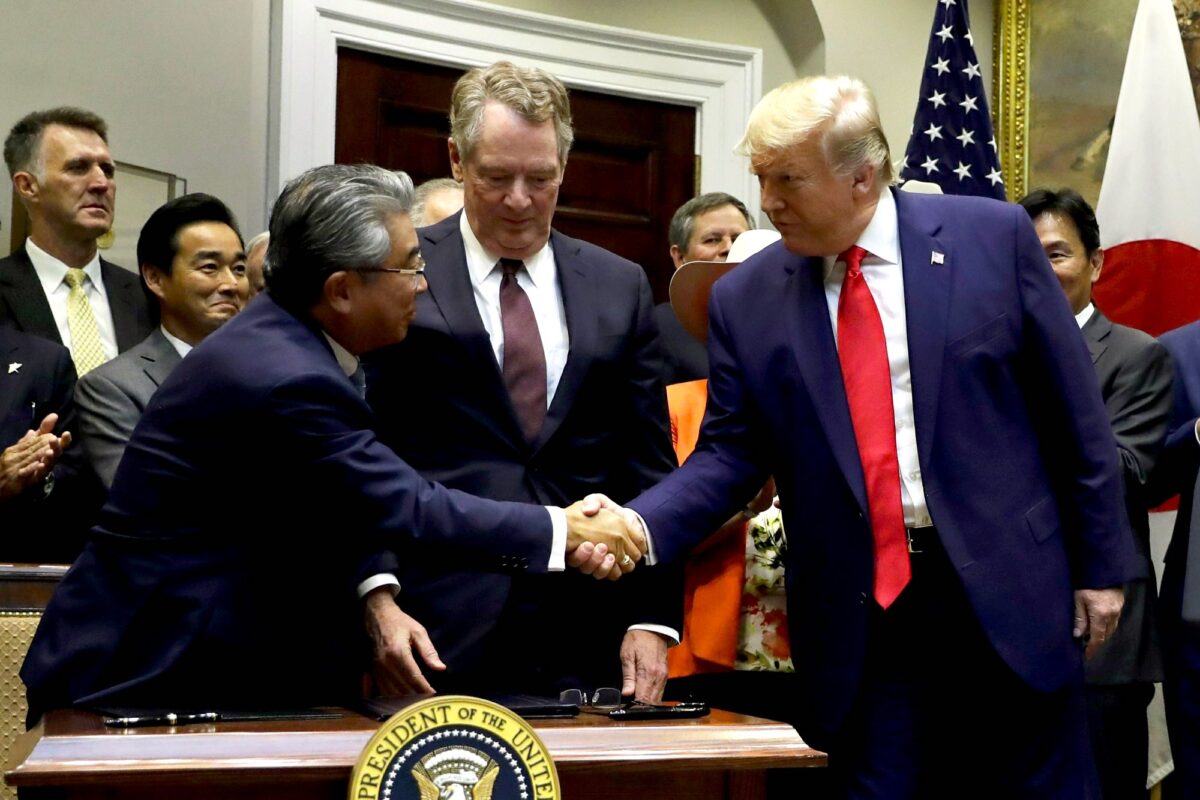 The United States and Japan signed on Oct. 7 a trade agreement that would open up markets to 7 billion dollars worth of U.S. agricultural goods.

“This is a huge victory for America’s farmers, ranchers and growers. And that’s very important to me,” President Donald Trump said in a signing ceremony at the White House.

Trump described the deal, dubbed the new U.S.–Japan Trade Agreement, as a huge victory for both countries, especially America’s farmers. The deal will grant U.S. growers significantly more access to the Japanese market.

Japan is the third-largest agricultural market for U.S. exporters, according to the Office of the U.S. Trade Representative (USTR). In 2018, the United States exported 13 billion dollars worth of farm products to Japan, including corn, beef and beef products, pork and pork products, soybeans, and wheat.

The White House says over 90 percent of United States agricultural imports into Japan will be duty-free or receive preferential tariff access.

Alongside the agriculture deal, the U.S.–Japan Digital Trade Agreement was also signed. There is 40 billion dollars worth of digital trade between both countries.

The deal was first announced at the August Group of 7 summit in Biarritz, France. At the U.N. gathering last month, the two countries signed an agreement-in-principle.

Japan is the fourth-largest U.S. trade partner after China, Canada, and Mexico. And in August, the country surpassed China as the largest foreign holder of U.S. government debt.

Japan was also the third-largest source of foreign direct investment in the United States in 2018.

The size of the bilateral goods trade deficit has been a source of tension for the United States, prompting the Trump administration to start new trade talks with Tokyo in 2018. The USTR in a report cited various nontariff barriers in the Japanese market as a source of the trade imbalance.

Emel Akan and The Associated Press contributed to this report.