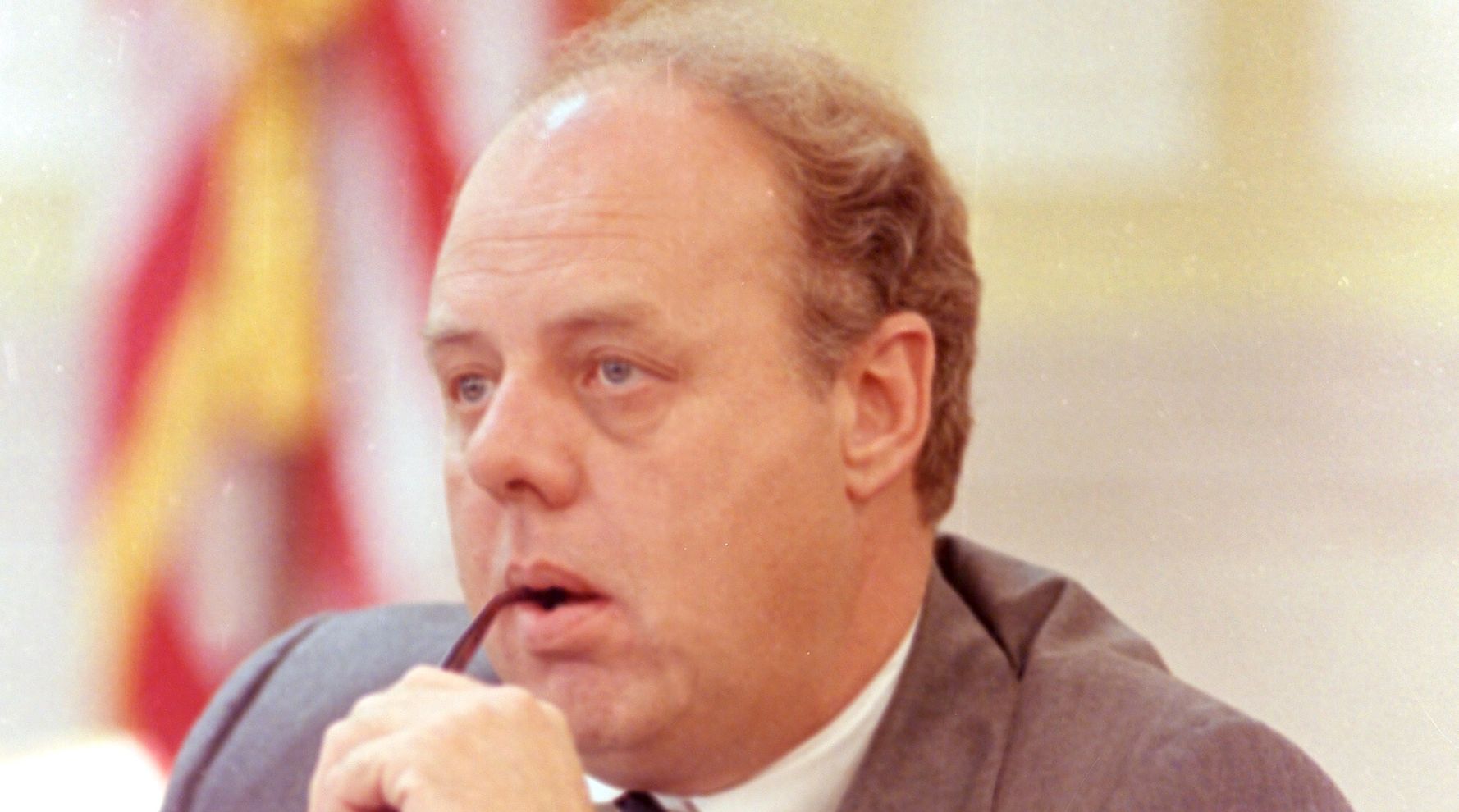 Two of Rudy Giuliani’s associates will not comply with a congressional committee’s deadline to appear and produce documents relating to their work in Ukraine, according to a letter written by their lawyer in a rather unusual font.

“Comic Sans” was trending Monday on Twitter when a legal notice written by lawyer John Dowd, who was President Donald Trump’s lead attorney in the Russian interference investigation, was made public.

He wrote a letter in Comic Sans, printed it out, signed it, scanned it, then e-mailed the scan.

I kind of admire his consistency, such a ridiculous process and ugly appearance befits the frivolous arguments made in the letter. https://t.co/Tej5lBlWfy

Dowd’s notice, which was dated Oct. 3, informed the House Intelligence Committee that his clients Lev Parnas and Igor Fruman would not meet the Monday deadline to voluntarily turn over documents relating to their activities with Giuliani, Trump’s personal lawyer.

Dowd labeled the request and time frame provided as “unduly burdensome,” adding that he believed the Democratic committee members’ intent was to “harass, intimidate and embarrass” his clients.

Democrats working on the intensifying impeachment inquiry into the president said the two businessmen’s decision to ignore the request would lead to subpoenas. Giuliani was subpoenaed last month for documents relating to the inquiry.

Parnas and Fruman were cited (although not by name) in the government whistleblower complaint alleging misconduct by the president. The two Soviet-born South Florida businessmen introduced Giuliani to top Ukrainian political circles, according to reports.

Parnas told the Miami Herald that, thanks to his friendship with Giuliani, he and Fruman were able to provide the Trump administration with information on alleged wrongdoing by Trump’s 2020 rival Joe Biden and his son Hunter Biden.

There has been no evidence of wrongdoing by the Bidens, and the unfounded allegations are instead being investigated as an attempt by Trump to enlist foreign assistance in order to smear his potential rival for the presidency in 2020.

On Monday, Twitter users were in awe that an attorney of Dowd’s status and experience would write a letter of such gravity in a font widely considered to be childlike and, well, just the worst:

It’s a little-known fact that a lawyer who emails the scan of a signed printout of a legal letter originally typed out in Comic Sans is automatically disbarred pursuant to Judiciary Law § 90(2) https://t.co/Rwakta4Gk3

It really is impressive that John Dowd has built up such a solid career that he can write official letters in comic sans and not lose all of his clients https://t.co/SHr19URPCl

VIA E-MAIL in comic sans this is the extremely good lawyerin’ shit https://t.co/zKmizbjDDZ

Others thought the font was befitting for the letter’s content and the times in which we currently live:

This whole administration was written in comic sans

I know that “hating Comic Sans” has become emblematic of a kind of boring and extremely online snobbery, but honestly I think this might be the most fitting use for it possibly ever? https://t.co/a1rnXMeqlX

Historians will call our time “the Comic Sans Era.” https://t.co/DmGJsYK58V

And some pointed out the font seemed to be a favorite of Dowd’s for formal communications:

John Dowd still writes his letters in comic sans. (He also the used the font in a January 2018 letter to Robert Mueller when he was representing President Trump: https://t.co/snlSFyyzH6) https://t.co/Z1QNWJ0ZVR