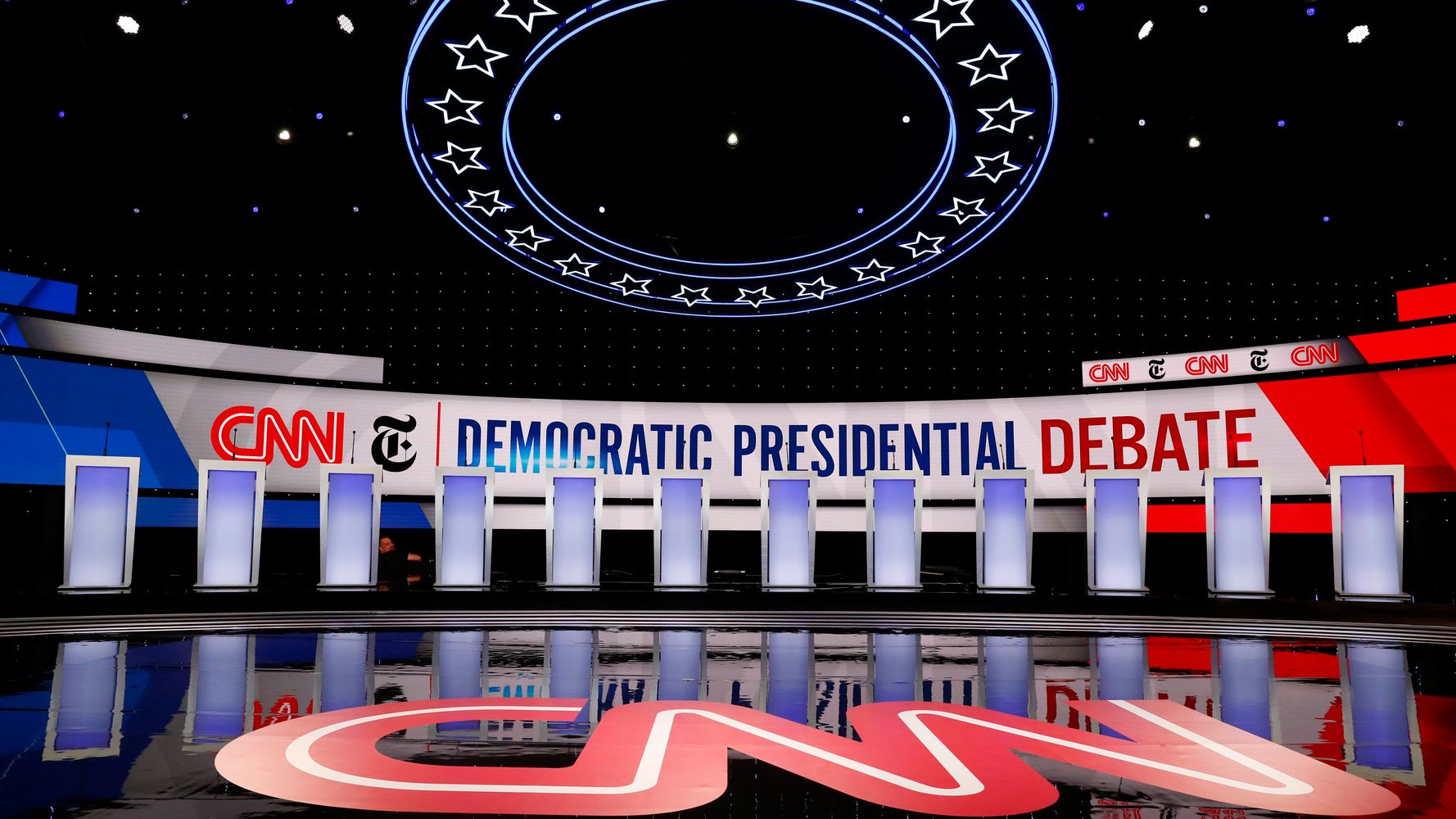 Tuesday night’s presidential debate gives the three Democratic front-runners a chance to answer recent doubts about their campaigns, while nine other candidates — the largest political lineup on a single stage — get a new shot at the political spotlight in hopes of rising or at least remaining relevant.

Former Vice President Joe Biden has been at the top of the crowded field for months but will have to answer persistent though baseless allegations by Republican President Donald Trump of overseas wrongdoing. Massachusetts Sen. Elizabeth Warren has climbed to co-front runner but faces new questions about her biography. And Sen. Bernie Sanders of Vermont is out to prove he has the stamina for hours on stage, less than two weeks after a heart attack forced him to temporarily suspend campaigning.

The other candidates will be struggling just to get noticed — trying to make up ground in a race that kicks officially in just over three months with the Iowa caucuses on Feb. 3.

The debate marks the first time the candidates meet since the House moved forward with the Trump impeachment inquiry. While they are united on that issue, the debate again exposes a political party that’s yet to coalesce around a unifying message or messenger.

The event, hosted by CNN and The New York Times, is on the campus of Otterbein University, just outside Columbus in Ohio, a state that has long helped decide presidential elections but has drifted away from Democrats in recent years.

The White House hopefuls represent the political and personal diversity that has come to define the Democratic Party of 2019, including four women, four people of color, an openly gay man and an age range that spans four decades.

Age was already a concern for the 78-year-old Sanders, the oldest presidential hopeful, even before he was taken to a Nevada hospital earlier this month and had two stents put in to clear a clogged artery.

Sanders and his allies insist the health scare has only strengthened his commitment to the 2020 contest — and his case for his signature “Medicare for All” health care plan.

“Bernie is a political marathon runner,” said Sanders’ confidante RoseAnn DeMoro, the former executive director of National Nurses United. “I think the debate is going to be a great reassurance to the public.”

In an email to supporters, Sanders wrote, “Tonight’s debate is important, no doubt about it, and I am ready.”

Warren’s campaign said she went for a walk as part of her usual debate day routine — but the senator was likely to face far more scrutiny than in previous intraparty face-offs.

Biden, 76, and others have jabbed at Warren’s intense focus on detailed liberal policies that may be difficult to implement with a divided Congress. South Bend, Indiana, Mayor Pete Buttigieg has highlighted the absence of a specific Warren health care plan. She has embraced Sanders’ single-payer plan instead.

Republicans, meanwhile, have raised questions about whether Warren, 70, was actually forced from her teaching job because of a pregnancy nearly a half century ago, a claim that has become a core part of her personal message. Critics have pointed to past speeches and documents that suggest she left on her own. Warren is standing by her story.

The issue is particularly threatening because it’s not the first time she has been accused of embellishing her biography. Warren has already apologized for claiming Native American heritage decades ago. While it showed distant tribal ancestry, it also sparked a rebuke from some Native Americans.

“The good news is that most attempts to attack Warren actually make her stronger,” said Adam Green, a Warren supporter and co-founder of the Progressive Change Campaign Committee.

Biden enters the fourth round of Democratic debates under the weight of intensifying questions from Trump about his family’s work overseas.

Without providing evidence, Trump has repeatedly said that Biden’s 49-year-old son, Hunter, improperly profited from work in Ukraine and China while the elder Biden was vice president. The president also insists that Biden used his office to protect his son from allegations of wrongdoing.

Hunter Biden said in an ABC News interview that aired Tuesday morning he did nothing wrong while engaging in foreign work as a Washington lawyer specializing in corporate governance. But he also noted he failed to take into account the potential implications for his father’s political career.

Joe Biden has promised to bar family members from occupying any office within the White House if elected — a departure from Trump.

Many other candidates, meanwhile, are fighting for political survival.

The 2020 field, which once had swelled to two dozen, has been shrinking as the Democratic Party’s rules have mandated that candidates meet higher donor and fundraising thresholds to debate. Just 10 White House contenders qualified for September’s debate, but Gabbard and Steyer made Tuesday’s a record. Earlier contests featuring 20 candidates were divided between two nights.

Buttigieg further sharpened his critique of Warren’s support for Medicare for All on Tuesday by releasing an online ad naming Warren and Sanders. Buttigieg has described Warren as “evasive” in how she would finance her health care vision and suggests in the new ad that Medicare for All would force millions of Americans, including workers covered by union contracts, off private insurance.

“I’m not pushing Medicare for All whether you want it or not,” says the 37-year-old mayor — the kind of critique Warren may face more of on the debate stage.