Americans Protest Trump, Injustice In U.S. On Medals Stand At Pan Am Games 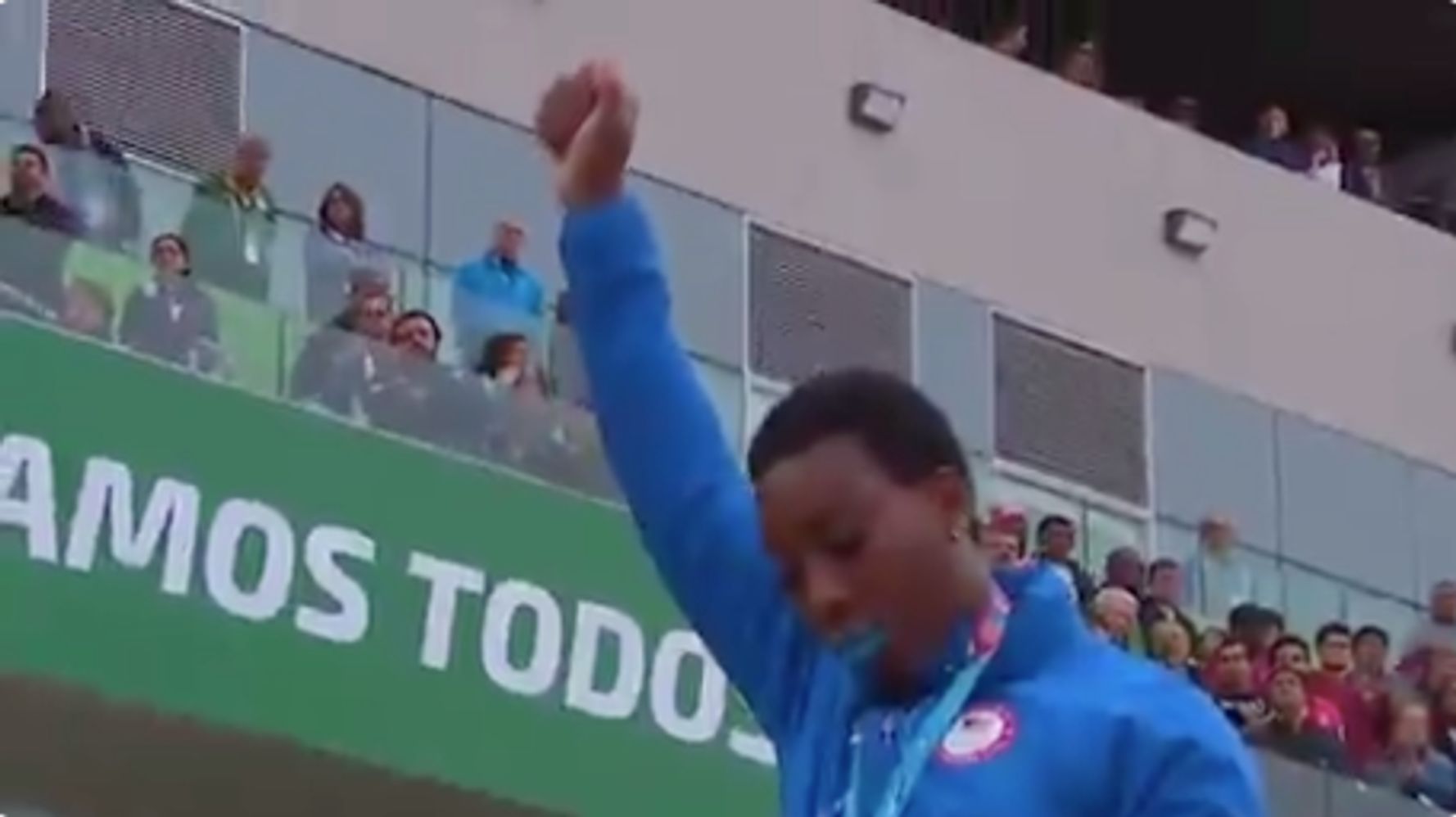 LIMA, Peru (AP) — Two Americans used their medal-winning moments at the Pan American Games to draw attention to social issues back home that they feel are spiraling out of control.

During their medals ceremonies at the sports festival in Lima, fencer Race Imboden took a knee and hammer thrower Gwen Berry raised her fist. Both athletes could represent the U.S. less than a year from now at the Tokyo Olympics, where similar protests would be seen by a much wider audience.

“Racism, gun control, mistreatment of immigrants, and a president who spreads hate are at the top of a long list” of America’s problems, Imboden said in a tweet sent after his team’s foil medals ceremony. “I chose to sacrifice my moment today at the top of the podium to call attention to issues that I believe need to be addressed.

“I encourage others to please use your platforms for empowerment and change.”

Video: Fencer Race Imboden has continued a long history of US athletes making political statements, after taking a knee at a Pan-Am Games medal ceremony pic.twitter.com/QsL7RODWmY

Berry raised her fist as America’s national anthem was played to honor her win in the hammer throw. She called out injustice in America “and a president who’s making it worse.”

U.S. hammer thrower Gwen Berry raises her fist at the end of the national anthem at the Pan Am Games today. (h/t @sergeta) pic.twitter.com/gnBCEEDN1m

The history of high-profile protests at the Olympics dates to the 1968 Games in Mexico City, when sprinters Tommie Smith and John Carlos raised their fists during the medals ceremony for the 200-meter dash.

The issues haven’t changed all that much in the ensuing 50 years.

Quarterback Colin Kaepernick has been out of a job since shortly after he started kneeling during the national anthem before 49ers games in 2016 to protest police brutality and social injustice in America.

Since then, athletes representing the U.S. have faced scrutiny about what, if any, signs of protest they might show if they land on the podium at an Olympics or other major event. Among the issues that have been fodder for possible protest have been race relations, the treatment of the LGBT community, social injustice and disagreements with President Donald Trump.

The actions by Berry and Imboden will test the U.S. Olympic and Paralympic Committee’s resolve to enforce rules that restrict political protests.

The USOPC said in a statement on Sunday that its leadership is reviewing possible consequences. Berry is on the U.S. team that will head to the track and field world championships next month.

“Every athlete competing at the 2019 Pan American Games commits to terms of eligibility, including to refrain from demonstrations that are political in nature,” the statement said. “In these cases, the athletes didn’t adhere to the commitment they made to the organizing committee and the USOPC. We respect their rights to express their viewpoints, but we are disappointed that they chose not to honor their commitment.”