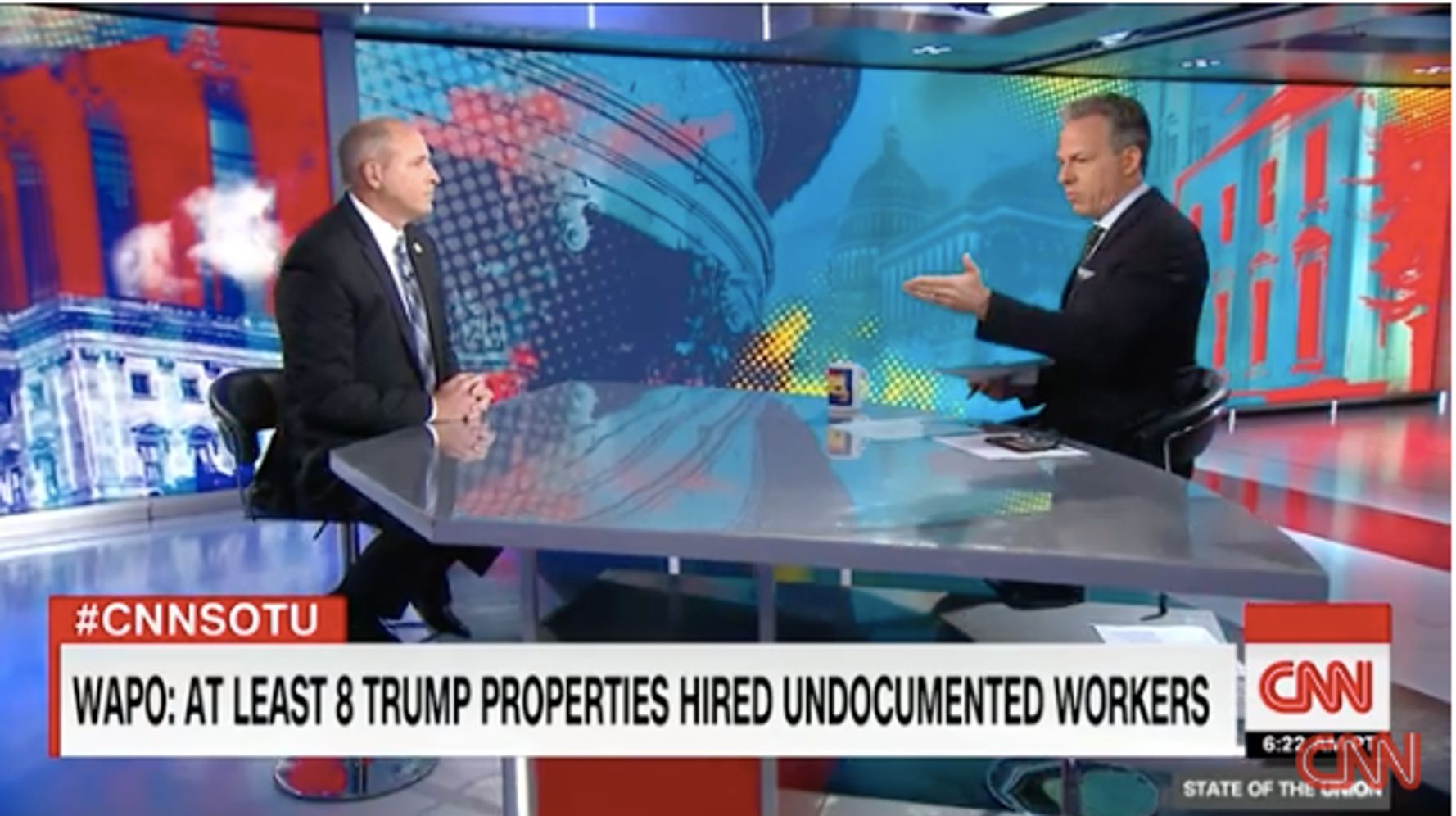 CNN host Jake Tapper grilled Mark Morgan, acting commissioner of U.S. Customs and Border Protection, about whether federal officials are giving the Trump Organization a pass on hiring undocumented immigrants while raiding other companies that do the same.

Though President Donald Trump has repeatedly stoked fears over a so-called “invasion” of the undocumented migrants, at least eight of his company’s properties have employed workers who entered the U.S. illegally, according to a Washington Post report published Friday.

Tapper, citing the Post’s investigation, called out the Department of Homeland Security for raiding seven food processing plants in Mississippi on Wednesday, leading to the arrests of 680 people, while appearing to ignore the Trump Organization’s unlawful hiring practices.

“It seems like you guys are turning a blind eye to this crime being committed by the president’s own companies,” Tapper told Morgan, who previously served as chief of U.S. Border Patrol and acting director of U.S. Immigration and Customs Enforcement.

Morgan pushed back on Tapper’s suggestion, noting that it’s not his “responsibility” as CBP head to conduct immigration raids on businesses.

“I’ve been in law enforcement for over 25 years,” he said. “I take offense to say anybody’s turning a blind eye to someone that is violating the law.”

Morgan said Tapper “really can’t say for sure” that such an investigation hasn’t occurred.

Though Trump still owns the Trump Organization, he turned over day-to-day operations to his eldest sons upon taking office. Despite his outspoken desire to build a wall along the southern border to keep undocumented immigrants out of the U.S., he has shrugged off the possibility that his company might be employing them.

“Well, that I don’t know. Because I don’t run it,” Trump told reporters last month. “But I would say this: Probably every club in the United States has that, because it seems to me, from what I understand, a way that people did business.”