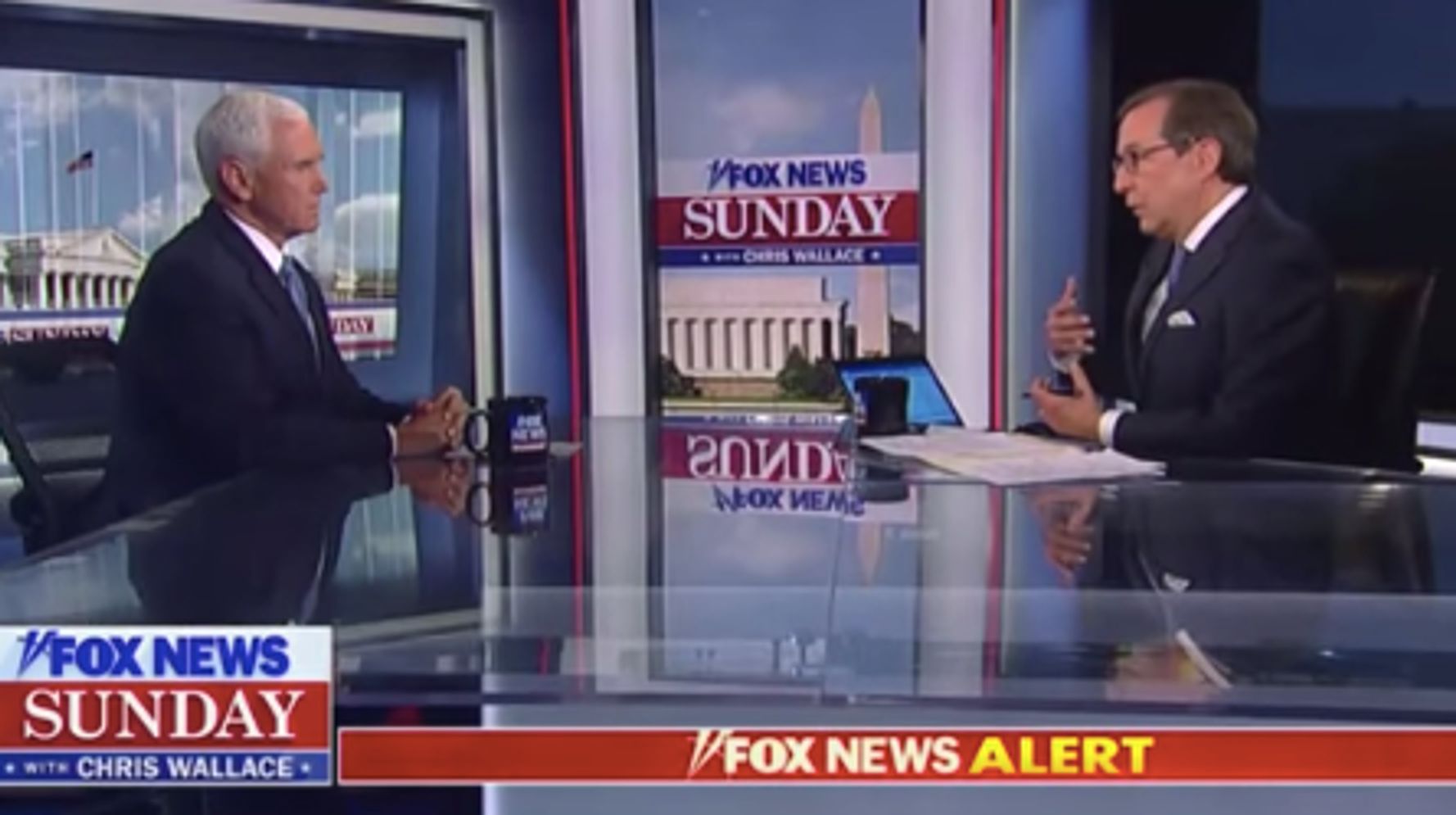 Though President Donald Trump’s announcement Sunday that ISIS leader Abu Bakr al-Baghdadi was killed during a U.S. military raid in Syria has drawn bipartisan praise, some lawmakers are questioning Trump’s decision not to inform congressional leadership ahead of the operation.

Vice President Mike Pence repeatedly refused to directly answer questions from Fox News’ Chris Wallace on Sunday about Trump’s decision not to alert the “Gang of Eight” ― a bipartisan group of congressional leaders ― about the raid beforehand.

During a press conference Sunday morning announcing Baghdadi’s death, Trump said he had notified “some” congressional leaders, but acknowledged that he didn’t provide a heads-up to others, including House Speaker Nancy Pelosi (D-Calif.).

“I wanted to make sure this kept secret,” he said.

“We were going to notify them last night, but we decided not to do that because Washington leaks like I’ve never seen before,” he continued. “Washington is a leaking machine.”

Pres. Trump says “some” congressional leaders were notified of raid.

“We were going to notify them last night, but we decided not to do that, because Washington leaks like I’ve never seen before…Washington is a leaking machine.” https://t.co/Kz60vph0Kk pic.twitter.com/uT1VpsRF7f

Pelosi, in a statement Sunday, confirmed “top Congressional leadership” was not notified in advance and demanded the House be briefed on the raid.

Wallace told Pence, during an appearance on “Fox News Sunday,” that Trump’s decision not to notify the Democratic leader implied that the president was “worried that Pelosi or members of Congress would leak this.”

“Does the president not trust the speaker of the House with sensitive national security information?” Wallace asked.

Pence denied that was Trump’s “implication at all.”

“I think from the time that we got actionable intelligence, the president’s total focus here was on a successful mission and the safety of American troops ―”

Wallace interrupted, “I understand that, but why didn’t he tell Nancy Pelosi?”

But Pence, failing to directly answer the Fox News host’s question, responded that he “couldn’t be more proud” of U.S. forces. He reiterated that no Americans were killed in the operation and that Baghdadi was dead.

“We all applaud that,” Wallace said. “I do want to ask you, though ― I mean, it’s my job as a newsman, sir, respectfully ― why didn’t the president notify the speaker of the House?”

Pence danced around the question again, responding that Trump had been focused on bringing Baghdadi “to justice.”

House Intelligence Committee Chairman Adam Schiff (D-Calif.), during an appearance Sunday on ABC News’ “This Week,” praised Baghdadi’s demise but said Trump made a “mistake” by not alerting him or the rest of the Gang of Eight beforehand.

“Look, the reason to notify the Gang of Eight is frankly more important when things go wrong,” Schiff said. “Had something gone wrong, had we gotten into a firefight with the Russians, it’s to the administration’s advantage to say we informed Congress.”

He said then-President Barack Obama had notified the Gang of Eight ahead of the U.S. operation that killed al Qaeda leader Osama bin Laden in Pakistan in 2011.

HuffPost reached out to the Republican members of the Gang of Eight ― House Minority Leader Kevin McCarthy of California, Rep. Devin Nunes of California, Senate Majority Leader Mitch McConnell of Kentucky and Sen. Richard Burr of North Carolina ― for comment about whether they were notified of the raid on Saturday.

Spokespeople for McConnell and Burr declined to comment apart from their individual statements, which did not state whether they received advance notice. The other Republicans did not immediately respond.

Trump said Sunday that he spoke to Burr and Sen. Lindsey Graham (R-S.C.) earlier in the day about the raid. Asked during a separate press conference later in the day whether it was a mistake for Trump not to notify the Gang of Eight, Graham hesitated.

“He’s calling family members right now. I was in town so I was right down the street,” he said. “I guess what I would say today is what I see happening in Syria makes sense to me.”

Another reporter pressed Graham about the Gang of Eight minutes later, but the senator shrugged it off.

CORRECTION: Due to an editorial error, a previous version of this article referred to the Fox News host as Mike Wallace instead of Chris Wallace.