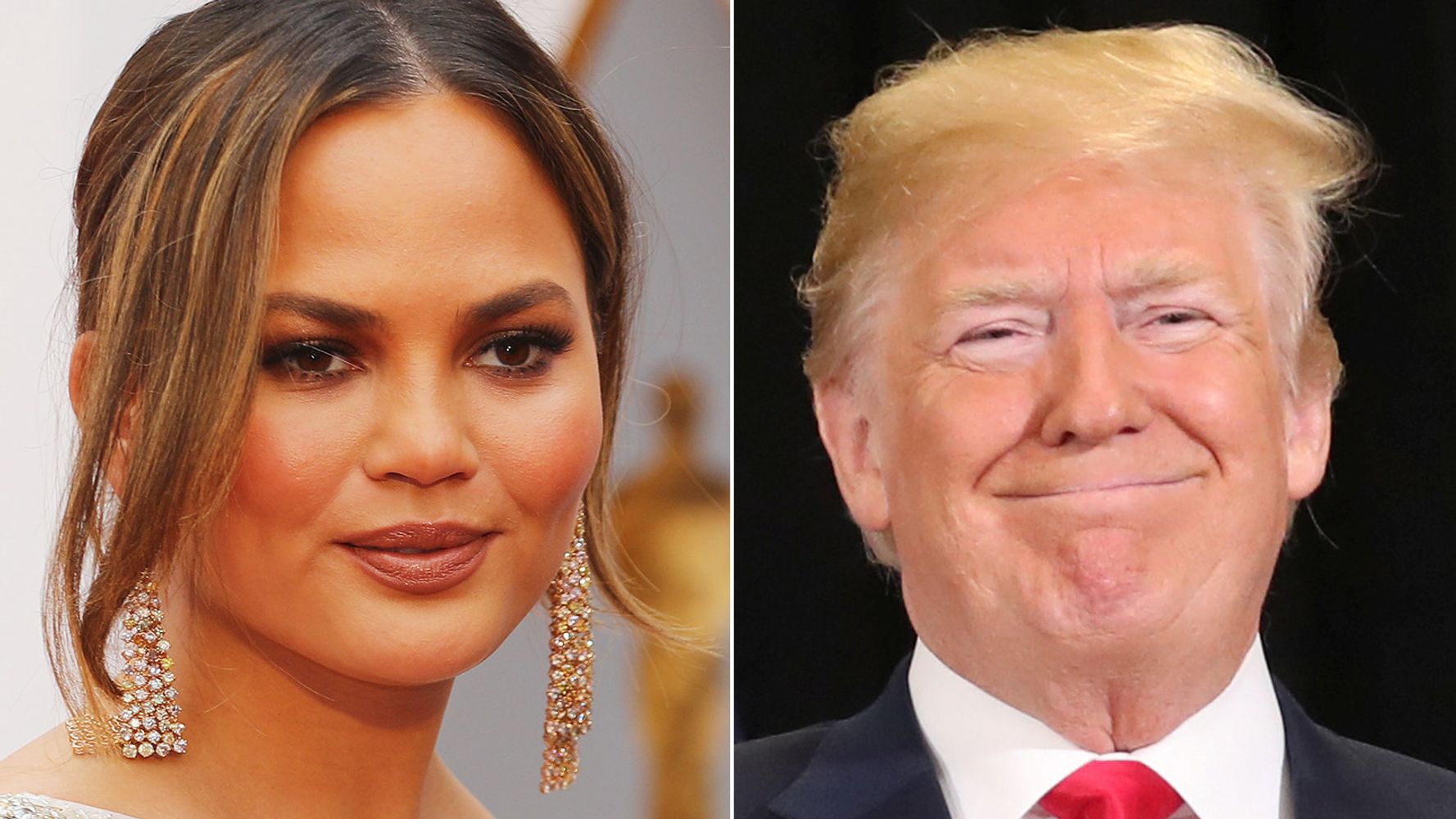 Legend appeared on MSNBC to talk about criminal justice reform and ending mass incarceration. In response, Trump posted a tweet claiming to support reform and attacked Legend for not backing his plan last year. Then, the president took a shot at the EGOT winner’s wife, Teigen, but without using her name:

….musician @johnlegend, and his filthy mouthed wife, are talking now about how great it is – but I didn’t see them around when we needed help getting it passed. “Anchor”@LesterHoltNBC doesn’t even bring up the subject of President Trump or the Republicans when talking about….

…..the importance or passage of Criminal Justice Reform. They only talk about the minor players, or people that had nothing to do with it…And the people that so desperately sought my help when everyone else had failed, all they talk about now is Impeaching President Trump!

It wasn’t lost on Teigen that Trump tagged Legend in his tweet, but not her.  And she let him have it:

lol what a pussy ass bitch. tagged everyone but me. an honor, mister president.

Luna, remember the night before your first day of school? When mommy was making your sign and the pussy ass bitch president had his 9th meltdown of the day pic.twitter.com/ZFZHJYrDPG

the absolute best part of his tweet is I literally didn’t speak in the special, nor was I mentioned. I’m cackling at the pointless addition of me because he cannot not be a bitch pic.twitter.com/9ZkV7bh4FA

Imagine being president of a whole country and spending your Sunday night hate-watching MSNBC hoping somebody–ANYBODY–will praise you. Melania, please praise this man. He needs you.

Your country needs you, Melania

Teigen has been a constant critic of Trump and his policies, to the point of being blocked by him on Twitter.

Teigen and Legend began trending almost immediately after Trump’s attack. But the couple tried to get another term trending instead:

no guys no please do not make this trend, for it is my fight with #PresidentPussyAssBitch, not yours!!!!!! https://t.co/hSJ0UxjbaO

The president’s critics were only too happy to play along, even if the NSFW nature of the nickname made it unlikely to trend:

This exchange between Chrissy Teigen and #PresidentPussyAssBitch should be placed in the Smithsonian because it’s a very important part of our history as a people. pic.twitter.com/O0gwa8w1YM

Me walking around with @chrissyteigen from now on. pic.twitter.com/6R3vhgwqgt

If @johnlegend & @chrissyteigen don’t want #PresidentPussyAssBitch to trend then we must respect their wishes during this difficult time. https://t.co/bf2bEfrUeV

Chrissy Teigen just said hold my gold and proceeded to humiliate the leader of the free world with a soundbite tweet that slaps all offkey like a RZA beat. I have no choice but to stan https://t.co/S76EggHtnj

Trump got totally unhinged that a Category 5 hurricane didn’t hit Alabama, wanted to invite the Taliban to play golf with him to celebrate 9/11, and now picks a fight with Chrissy Teigen on Twitter. Whatever Trump is really hiding to distract us with all this stuff must be huge.

No American president should ever call anyone “filthy-mouthed,” like Trump just did to Chrissy Teigen. It’s beneath the office of the presidency, like everything Trump does. Trump is an international disgrace. Chrissy is a patriot. Anyone who says anything different is a liar.

Chrissy Teigen’s “pussy ass bitch” reply is the only thing will ever top Lebron’s “U Bum”! 😂😂😂😂😂

Oh, I’ve lived this game. Ladies! Gays! Everyone! In the name of all things @chrissyteigen, let orange dumbass know how we feel💪🇺🇸 pic.twitter.com/YocLjZdcIY

“Chrissy Teigen” is spot on! 🥰#Pussyassbitch

Hey @realDonaldTrump are you really going to pretend you don’t have a foul mouth, and throw f-bombs around when you’re in a petulant rage bc nobody is defending you when the media reports the truth about your lies?🖕 pic.twitter.com/vlutwHJ7wF